GAMERS FROM ACROSS the globe competed at the Fortnite World Cup in New York last weekend to win a portion of a total prize fund of $30 million.

17-year-old Irish student Joshua Juliano won $50,000 (€44,900) after finishing 58th out of 100 people competing in the solo final. This is the minimum amount any participant can win in the competition. The overall winner received $3 million (€2.7 million).

But how can people make these huge sums of money by playing a video game?

Fortnite is an online first-person shooter game that involves dropping 100 players on to an island where they have to find weapons, build bases and try to eliminate the competition until only one player is left standing.

Fortnite was the top free game in terms of revenue in the world last year, according to SuperData Research. It can be downloaded for free on various gaming devices including most smartphones.

You can play with other people from around the world. The app has weekly updates, new game play modes and different looks for avatars.

The first game, Fortnite: Save the World was released as a paid-for game in July 2017. The first free-to-play version, Battle Royale, was released in September 2017.

This new mode of the original Fortnite game hugely took off and has been popular ever since. 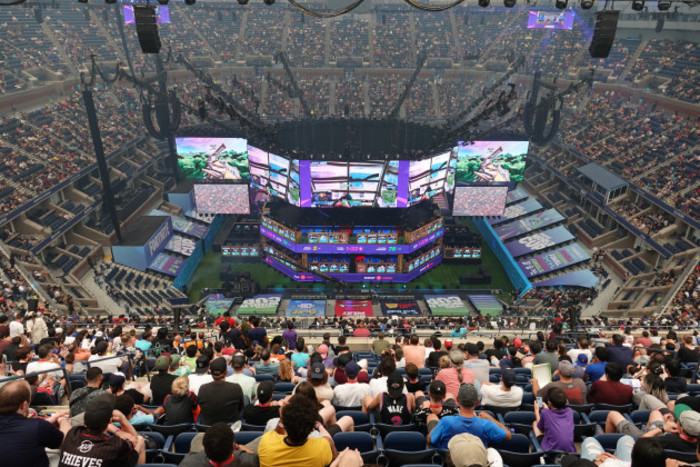 How does the game seem to make so much money if it is free to download?

Fortnite is owned by Epic Games which saw $3 billion (€2.7 billion) in profits last year. The company is worth an estimated $15 billion dollars (€13.5 billion).

Although Fortnite is free to download and play, users can buy different customisation items in the Battle Royale game such as outfits, gliders and dances.

These in-game purchases are paid through V-Bucks, a currency that is bought with real money and also earned through missions in the game.

For example, users get six dances when they download the game for free, but can buy more from around 200 V-Bucks each (roughly €2).

One survey showed that nearly 69% of Fortnite players had spent money on in-game purchases in 2018 . Of those, the average amount spent was $85 (€76).

The majority of players surveyed said they played the game for at least 10 hours per week.

How do gamers make money from playing Fortnite?

There are various ways for people to make money from gaming, but they need an audience.

Popular online gamers film themselves playing the game and live stream this on Twitch.

Twitch is an online platform that lets people stream themselves playing video games. There is a chat feature which allows viewers to chat to the person streaming.

People can then watch this for free, or pay a certain amount for different perks. Streamers who have more than 50 subscribers and have broadcast for at least 500 minutes in the past month can become Twitch Affiliates.

This means they can earn money from subscriptions and Bits. Bits are bought by viewers to get the attention of a streamer in the chat feature. They can also earn different badges through Bits.

The Fortnite YouTube channel has 6.8 million subscribers, showing there is a huge audience of people interested in watching Fortnite.

Peter Lynch, board member of Imirt, a company that represents game developers in the Republic of Ireland, said that streamers often go between filming on Twitch and YouTube.

“Traditional games are worried because nowadays, people are not buying the games as much, they are just watching other people play them,” Lynch told TheJournal.ie.

“A lot of people think ‘Oh, I can easily make a living from streaming’, but unless you are in the millions of views, you’re not going to make enough to get rich.”

Trevor Keane, head of e-sports at Sportego, said that merchandise and product placement in streaming are a big aspect of revenue for gamers.

“It is all based around their personality, but they are still ultimately gamers,” he said.

Many streamers are on sponsorship deals and put branded content on screen while they are streaming.

What is the Fortnite World Cup?

This is one event that is part of a wider industry known as e-sports, a type of competition using video games. It is expected to exceed revenues of $1 billion this year worldwide.

The overall winner of the first Fortnite World Cup, 16-year-old Kyle Giersdorf, won $3 million (€2.7 million) yesterday at the tournament in New York. This was a three-day e-sports competition attended by thousands of people and watched online by millions.

The event pulled in nearly nine million viewers for the final day of the competition on YouTube. Over 40 million people tried out for a slot in the World Cup finals. 100 players competed in the finals.

Epic Games plan to spend $100 million in total on games tournaments this year. 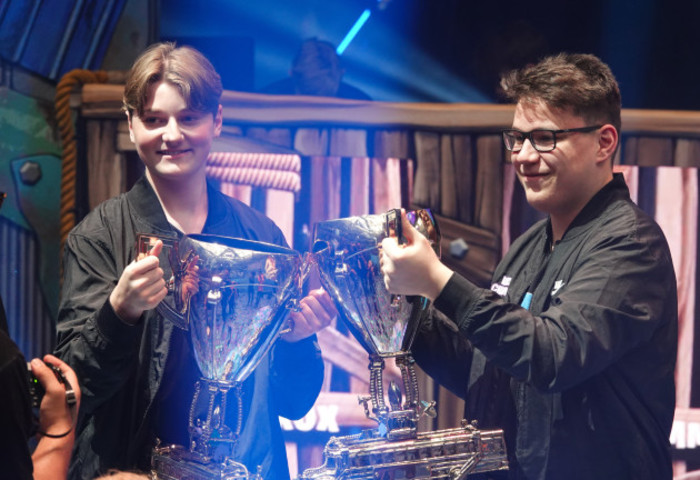 Nyrhox (l) from Norway and his team mate Aqua from Austria, winners of the duo competition at the Fortnite World Cup.
Source: DPA/PA Images

Trevor Keane from Sportego said e-sports have been rising in popularity over the last few years.”The rise of technology has empowered it to grow,” he said.

Many people entered the tournament alone, however many are part of larger teams and organisations.

“A lot of people are being signed up by organisations who pay them salaries to join their team,” said Keane.

Why is this particular game so popular?

Peter Lynch from Imirt said that Fortnite opened up a wider audience for first-person shooter games.

“They have taken a very popular genre – the first-person shooter – and brought it to a younger audience,” Lynch said.

“Normally, these games were more violent but Fortnite made it more colourful and less violent. They really brought it to a whole new audience.

Watching other people play Fortnite on Twitch is a huge aspect of the gaming community.

Fortnite had 250 million users worldwide as of March 2019, according to Statista.

As a comparison, Minecraft has amassed 91 million active players since its release in 2011.


Is there a form of gambling involved?

With the popularity of in-game purchases in games like Fortnite, there has been some criticism of the loot boxes which are a common feature in plenty of video games.

A loot box is a virtual mystery box which users can redeem to receive an item.

Epic Games was sued in February of this year by parents of an underage player in California over blind-draw loot boxes in Fortnite. The parents argued that these are unfair and deceptive to customers.

These V-Buck Llamas could be bought by players for 50 V-Bucks. They were a mystery box that could potentially be valuable, but were completely random.

These boxes only existed in the original Fortnite: Save the World game and they were removed in January of this year.

They were replaced by an X-Ray Llama that shows its contents to users before they have the option of paying to have it opened.

The issue of randomised loot boxes potentially being a form of gambling was brought up by TD Martin Heydon in the Dáil last October.

At this time, Minister David Stanton said the Department of Justice was supporting the voluntary declaration by the Gaming Regulators European Forum. This reflected concern among national authorities that video games should be licensed if they offer gambling opportunities.

This declaration does not have any legal effect.

Written by Orla Dwyer and posted on TheJournal.ie