MICHAEL HARTY WOULD like to make the caring profession more attractive to newcomers – and existing workers who are fed up with the industry.

Harty is well-versed in the home care industry with his existing agency, Home Care Plus, and his prior role as chairperson of trade association Home and Community Care Ireland.

But about two years ago, he spotted a chance to make the industry a little nimbler through an online platform.

That was the seed for Dublin-based Home Care Direct, which Harty started along with Julian Douglas, the founder of Entertainment.ie, and was borne from issues in the sector around finding enough carers to meet families’ needs.

“It was because of those capacity issues that we were having that we started to have a good look at our business to see ways to fix that,” Harty says.

“One of the reasons we have a capacity issue in the home care sector with carers is that caring presently isn’t a very attractive career.

“Carers are paid barely above the minimum wage and there are precious (few) career pathways for them and also there’s no guarantee of work. It’s no wonder that carers are leaving the sector.”

Home Care Direct is an online platform that connects carers with patients or their families directly.

It allows carers to work on more of a freelance basis without the need of a traditional agency in between.

Harty believes the platform can foster better, more personal relationships between the carer and the patient.

“We set ourselves a couple of goals. We wanted to make home care more affordable and better value for money,” he says.

“We wanted to make caring a more attractive career so we can attract carers back into it. We wanted to improve the quality of home care. They were the three parameters that we set ourselves.”

Harty admits that the platform may not be suitable for all carers – or all patients – but for workers who want to be their own boss, it provides that flexibility.

“It sets up the carers to work for themselves, but one of the issues with that is that a lot of carers find that incredibly daunting.”

Self-employed carers would be required to carry out their own administrative tasks like invoicing and tax returns.

“The platform does all that on their behalf,” Harty explains. 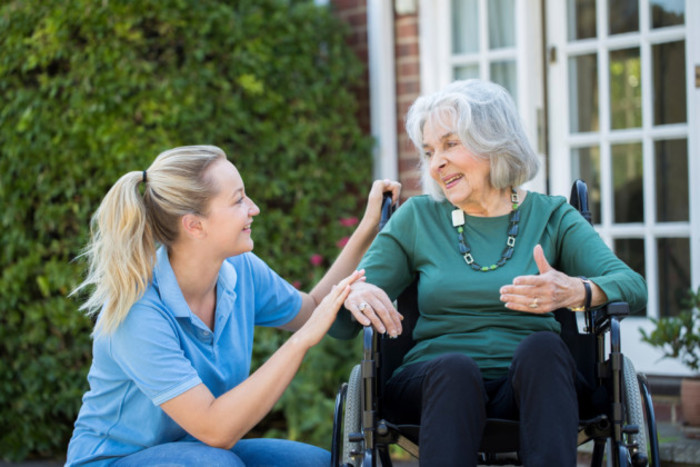 Carers that sign up to the platform still have to go through the traditional reference checks and garda vetting processes.

“Once they pass through our recruitment process, they are then free to submit their profile, which obviously we check as well,” he adds.

“The carers have full control over the clients they take on, what their availability is and, most importantly, what they charge. They can put a value on their services.”

According to Harty, agencies typically charge families an hourly rate of between €20 and €27 of which the carer is paid “roughly €12 an hour”.

“It’s a saving for the family compared (to what they) pay an agency but it’s certainly a significant upside for the carer from their €12 an hour.”

Formally launched in January of last year, the platform now has more than 230 carers and around 100 patients and families. Some patients are regular users while others dip in and out, Harty says.

“It’s still quite early days for us. We’re very happy with the traction we’re getting so far.”

The platform, which has three staff and works with an external tech development team, has been self-financed up until this point, but now Harty says it is revenue generating and time to seek outside investment to boost growth.

“You want to go out and raise money when you’re in some kind of position of strength,” he says. 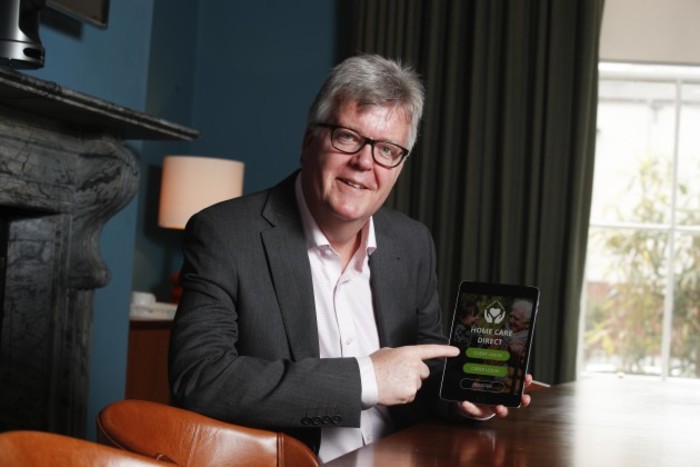 “This isn’t a couple of tech guys in an attic somewhere who came up with this idea. We come with in-depth sector knowledge from our agency business and that is what is driving it.”

It is seeking between €1 million and €3 million that it hopes to secure by the end of this year.

“The home care sector has been pretty constant and static for the last 30 or 40 years. That needs to change if home care itself is to play a larger role in within our health sector.”

The new funds will be spent on growing out the team, marketing and bringing some of the tech development in house.

“The kernel of this is about making caring a more attractive career and ensuring that more funds go to the carer themselves,” Harty says.

But he’s keen to point out that, despite the self-employed nature of its carers, Home Care Direct isn’t looking to bring caring down the gig economy path.

“In this case, it’s completely the opposite in the sense that we’re actually improving significantly the conditions of care. It’s not as if they have a great situation with their employment agency. In fact, most of them are on if-and-when-type contracts,” he says.

“Very often the gig economy is associated with dragging down the situation of workers. What we’re doing here is completely the opposite.”