ALMOST NO ONE, religious or not, wants to meet a priest in a hospital.

Outside of a chapel, their presence usually means one thing, and so Kevin Quinn thought when he saw one walking out of his father’s room.

His father, also named Kevin, was in his mid-50s at the time, young to have a heart attack.

“None of us expected it. He was a fit man, and it wasn’t hereditary,” the junior Quinn tells Fora. “One of the most upsetting things was walking into the hospital afterwards and seeing a priest walk out.

“I thought ‘what the feck are you doing here?’, but it was that serious.”

The Quinns ran a bar, restaurant and nightclub in the former Imperial Hotel in the middle of Sligo town.

Business was good for much of the 80s but was in danger of stagnating during the 90s. In 1997, the family decided to build a new, modern bar to give their trade a shot in the arm.

Quinn Jr, at that point a 20-something commerce graduate, headed up the development shortly after returning from travelling in North America.

Shortly after the pub opened in 1998, Quinn Sr suffered his heart attack. While he recovered and was back working within a few months, the incident resulted in his son taking a more active role in the family business.

“If you had asked me then if I would still be here (in the family business) in 20 years, I don’t know what I would have said, but by default my short-term outlook became medium-term, and then long-term,” the younger Quinn, now 42, says.

“I was enjoying the trade, it’s in my blood, but I didn’t know what I would be doing at 25. Kevin Sr’s ailment had a solidifying impact, it made the decision for me. It made us stronger as a family unit and as a family business.”

Things got better when Quinn’s father recovered. The turn of the millennium arrived, and the Celtic Tiger roared.

Times were good. The pubs were often packed and the family’s nightclub, Toffs, regularly got four good nights of trading a week.

It was then that the Quinns, as so many others did around them, decided to get involved in property.

“We invested heavily in an old building, levelled it and engaged in a strong development in the heart of town,” Quinn says.

“By the time the economy went south, we were committed, although we were lucky that the banks stuck with us.

“We finished it to a high standard: it included 25,000 sq ft of retail, residential and office space. We also built another pub and another unit into it.”

While the family got the development across the line and sell it, Quinn admits that they “over-leveraged” and had to restructure their debts at one point.

The family is still “a bit raw” after the experience, and the project also distracted from the day-to-day running of their pubs and club business.

“You can’t give your core business 100% when you’re trying to restructure debts elsewhere,” he says. “It was a lesson: stick to what you do, and do it well.”

Similar to most rural pubs and clubs, the family’s core business was hit hard during the recession as people left the town.

“Trade was declining and demographics were changing. If people weren’t emigrating they were getting involved in sports as a way to enjoy themselves,” Quinn Jr says.

“It was great to see, but it means that people who would’ve went out for a drink on a Thursday were going out for a spin on a bike.” 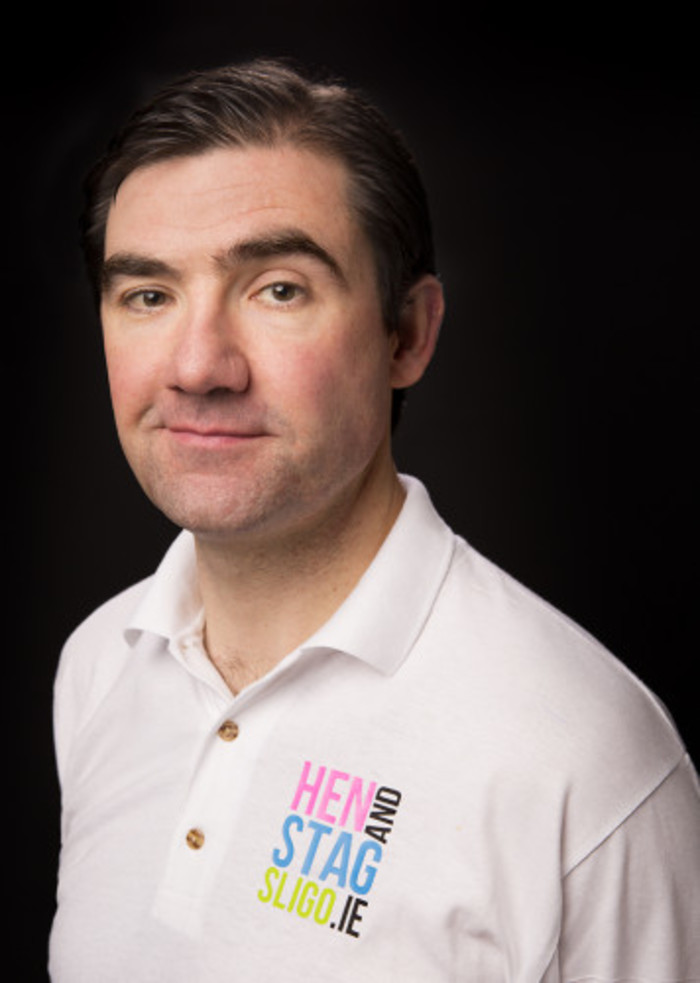 Sales virtually halved at the family’s businesses, which struggled until the All-Ireland Fleadh came to Sligo in 2014 and 2015.

“We did five weeks’ turnover in one, it was a massive boost when trade was declining,” Quinn says.

The family also still had an empty unit it owned from the property development and decided to open a bar there during the Fleadh. Initially intended to be temporary, it ended up being a permanent fixture.

“We fit out the interior with old furniture made out of some wood pellets that vodka was delivered on; it was very cool,” says Quinn. “The feedback we got was great. On a value-for-money basis (it was our best investment).

“Kennedy’s pub cost us multiple hundreds of grand to fit out; with the Bourbon Bar, we did it on a shoestring.”

Buoyed by the Bourbon Bar, Quinn and his brother Fergal started looking at other ways to bring in more business, and set up a website to target hen and stag parties.

“Hen and Stag Sligo was an idea of Fergal’s since 2007,” says Quinn Jr. “Fast forward to 2014, we decided to set up our own brand that has really come into its own this year and drives more customers to our bars and club.” 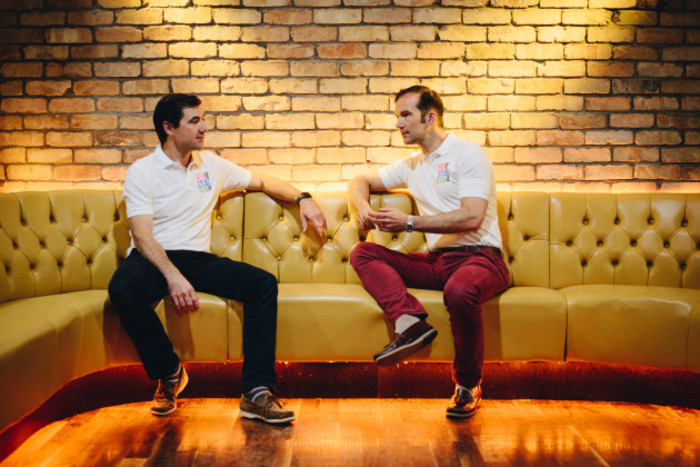 Whereas the nightclub used to be one of the family’s most profitable arms, the pubs are now where the bulk of sales come from.

Although big money was splashed out on re-branding the nightclub, now called the Lola Montez, this has only been a “moderate success”.

“Nightclub door receipts are negligible right now as the majority of bodies we get in are from complimentary passes, and food (for the Embassy Steakhouse Restaurant) is a labour-intensive and difficult trade,” Quinn says.

“The bars would be the strongest of the lot between Kennedy’s, the Belfry and the Bourbon Bar.”

While different bars cater to different tastes, such as Kennedy’s drawing a crowd interested in sports, the Quinns can’t be choosy with the clientele they are targeting.

All of their business interests are located in the centre of Sligo – and while the family has considered expanding outside of the county, such a move would be years away.

“Sligo isn’t big enough to say ‘I’ll just target young professionals,” Quinn says. “You have to reach out to a broad spectrum of the local market and anyone who comes in as tourists.”

Even with the recession there will always be competition among pubs in a decent-sized Irish town, and Sligo is no exception. 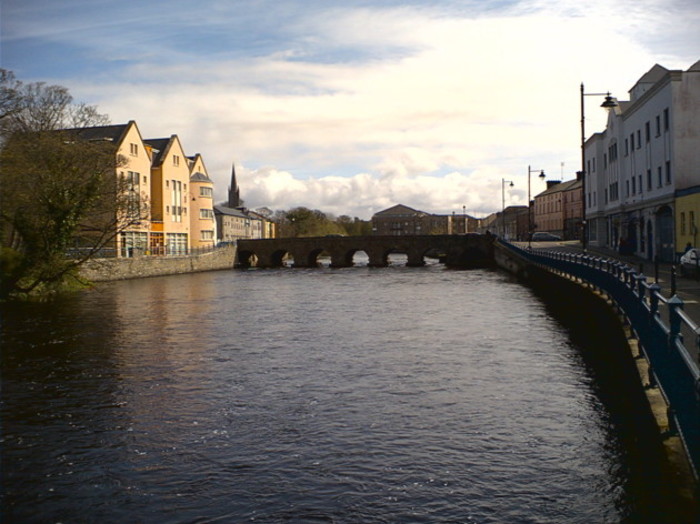 Quinn says that there are several large bars in Sligo that directly compete with the family’s own pubs, while some of the late-night venues also cut into the nightclub trade.

On top of that, Sligo’s other major club, Sin Till Late, is located just a stone’s throw from the Lola Montez.

He admits that it can be difficult for the family to focus on one thing as it has businesses in so many different areas.

“You have single-trade operators like restaurateurs who work every moment for the trade they’re doing. With us, one minute we’re looking at what to do with the restaurant and then the next we’re looking at competing with a gastro bar,” he says.

However, the family has now been able to harness some of this diversity through its hen-and-stag website.

Parties can start in the restaurant, move to one of the pubs for some drinks before finishing in the nightclub, although Quinn says that he site also drives some business towards other local operators.

Nearly a decade after the financial crisis began to take hold, the Quinn family is still grappling with the legacy of its property play – and the number of people visiting Sligo pubs and clubs remains well down on the Celtic Tiger peak.

However, Quinn says that their combined businesses made a modest profit last year and are on course to perform better again in 2017.

“We are profitable but we have a very high overhead base. If we can get into 2018 with Hens and Stags Sligo continuing to perform the way it has, I would like to think that we will turn the corner next year,” he says.

“The four-year view is to get as strongly profitable as we can and then the seven-to-eight-year view is we would be expanding.

“I’m not sure whether that would be in Sligo or if we would need to reach out and develop elsewhere. We would hope to go elsewhere.”

Expansion plans are a good distance away though, and Quinn has plenty on his hands with two children under the age of five and a third on the way. The business is tough enough, with long and unsociable hours.

“We (Fergal and I) still work the graveyard shifts at weekends,” he says. “You might not get to bed until 4.30 and you aren’t sleeping properly. I get great support from my wife, who’s a solicitor. It wouldn’t be exciting if it was easy all the time.

“I’ve got a young family at the moment, so trying something different isn’t where my mind is at right now. Maybe if the business was flying – I have an entrepreneurial spirit – I might be wondering where the next opportunity is.

“But that isn’t where my head’s at. Not right now. Stick with what we have right now.”