IN A SPACE that feels like a 1970s time capsule, despite the smell of fresh paint, Alan Bennett runs a hand over the enormous soon-to-be-gone mixing desk that served the likes of U2, Thin Lizzy and reportedly Miley Cyrus.

Bennett is behind Headstuff, the Irish podcast network that is expanding downstairs from its current space into the erstwhile home of the iconic Westland Studios.

He has rounded up family and friends – among professional contractors – to repurpose the space into a new, much larger podcast centre on Lombard Street in Dublin.

“There is an opportunity with the space at the same time as a podcast boom, and I think we can step into that. Hopefully the place will give a good enough quality and be a fun enough place that (people) want to come and make their podcast here,” he says.

Headstuff isn’t just expanding physically. From a predicted late-June opening of the new space, it is also looking at introducing a new model that will be membership-based.

It is planning to build on services and facilities Headstuff already provides, rather than a complete overhaul of the business that Bennett has been building since 2014.

Right now Headstuff makes nearly 50 shows, including Dubland and The Alison Spittle Show. Many others are branded, and the company rents out studio and production facilities to other businesses.

“I think it’s actually easier to listen to than radio now, plus you get exactly what you want when you want,” Bennett says. He reckons that the rise of smartphones is partly behind this.

“For me it was somewhat inevitable that once there was good content out there, more people want to listen to it,” he says, mentioning American heavyweights like This American Life and Serial – as well as homegrown titles like Second Captains and An Irishman Abroad.

Since Headstuff started out in 2014, demand has been increasing, and Bennett says they regularly “come up against space and time”, so an expansion was always on the cards.

“There’s so much happening that enough people are talking about it and everybody’s starting to listen. It’s a huge industry in America and in the UK. It will be here, it just hasn’t quite happened yet,” he says.

“Once advertisers start wanting to sponsor podcasts they’ll all want to. It’s not just Ireland, it’s an international thing. Even though the Irish market is small, the podcast market is global and therefore could be absolutely huge.”

One reason for this is the popularity of radio, says Bennett, and advertisers are “afraid to move some of their budget away from their radio ads and TV ads”, but he thinks that’s about to change. 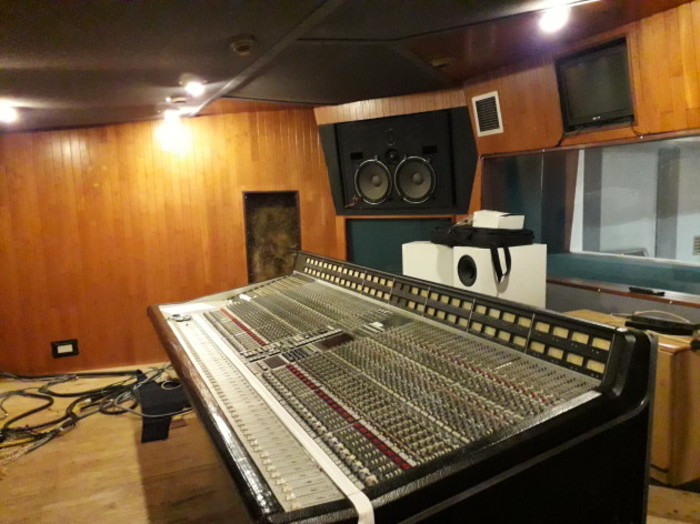 In the gutted remains of Westland Studios, one large recording space has been divided into three; ‘pod one, pod two’, and ‘video pod’, where members can record video, live stream or hold larger panel discussions.

The membership model will cost users about €600 a year for a number of credits which can be exchanged for a certain number of recording or editing hours. It also gives users access to an on-site cafe and discounted seminars and workshops.

The new space will be a part of Headstuff, but will be known as ‘The Podcast Studios’, to give it its own identity.

At some point, Bennett says he wants to have a sales team to pitch to businesses about the marketing value of podcasting.

“Most companies would have a blog for an internal type of blog – I think they should have podcasts. Not because I’m biased; I just think it’s easier for them to get the message out with a podcast,” he says.

Down the line, Bennett says he wants to make “very highly produced” American-style narrative or journalistic podcasts, though Headstuff doesn’t have the budget right now.

“There’s no reason why we couldn’t make the Irish Serial – a podcast like that, that everybody’s talking about. I think sometime we’ll be able to do that. I want to do a lot of that kind of thing,” he says.

“I suppose the plan is to be the podcast home of Ireland. Hopefully that’ll push on the whole industry and help people start making bigger, bolder shows and catch up to the American style of making podcasts.”

In an area that’s notoriously difficult to monetise, the expansion is self-funded, says Bennett.

“In year one I want to at least cover all costs, and hopefully start making a profit after that.”

Correction: An earlier version of this article stated that Headstuff makes the podcast ‘Taranoia’. Headstuff no longer makes this podcast.