A LARGE DONEGAL-BASED organic farm development has been purchased in a deal worth €17.4 million.

The Grianan Estate – one of the largest organic farms in Europe – which was owned by Donegal Investment Group was bought by fellow Donegal-based firm Glenmore Estate Farms.

The Grianan Estate consists of 2,400 acres of farmland, the majority of which has been reclaimed from Lough Swilly. The estate includes a 500-acre lake. It is located at Speenoge, Burt, Co Donegal, which is less than 20 minutes from Letterkenny.

Just over half of the land purchased as part of the deal is fit for organic farming practices. It can be used for a range of crops including cereals, red clover and root crops.

There are also a number of existing farm buildings located on the property, such as winter accommodation for approximately 400 cattle.

Over the past decade, more than 3,000 tonnes of organic goods has been produced on the farm each year from milking activities, vegetables and cereals production. 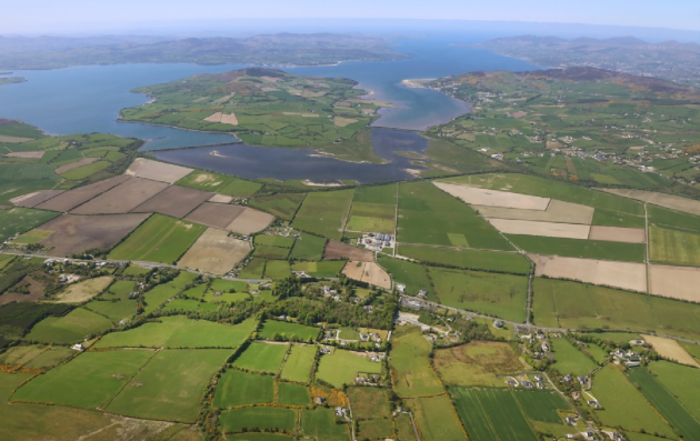 The 2,400 acres of farmland was brought to market by estate agent Savills on behalf of the Donegal Investment Group.

According to Savills estate agent Pat O’Hagan, there was a significant amount of interest for the site from both local and international investors.

“No other opportunity of this scale is likely to be presented again in the Irish farming property market, therefore it was no surprise that interest – from various buyer types – was strong.”