A PHARMACEUTICAL STARTUP that specialises in medicinal cannabis research is planning to open a new facility in Donegal.

James Linden, founder of Dublin-headquartered Greenlight Medicines, says the firm is looking to roll out a new hub in the north-west in 2018.

“We’ll have a cultivation site for growing the material for our clinical trials and we will have another facility that will be used for extracting compounds from the raw material,” he tells Fora.

As part of the expansion, the company is looking to grow its workforce from nine people to 60 within the next year and a half.

Founded in 2015, Greenlight is a research and development outfit that explores the potential medical use of cannabis and its main elements, which are called cannabinoids.

The company has so far partnered with 13 universities located in Ireland, the UK and America to study different therapeutic uses for it.

Linden says that while there is “loads of evidence” to support the medicinal use of cannabis to treat diseases like MS, arthritis and epilepsy, there is a lack of rigorous research into its potential pharmaceutical uses.

“The US has had medical cannabis access programmes since the 90s, but they’ve been restricted,” he explains.

“Within the States, they’re allowed provide medical cannabis, but they’re not allowed do research on it because you need to get a (Drug Enforcement Administration) licence. It’s complicated.”

Meanwhile, Canada “talks a good game” in Linden’s eyes, but a lot research there is based on anecdotal evidence.

“I think there’s a void for proper research companies that are getting into the nitty-gritty. That’s the void that we’re filling.” 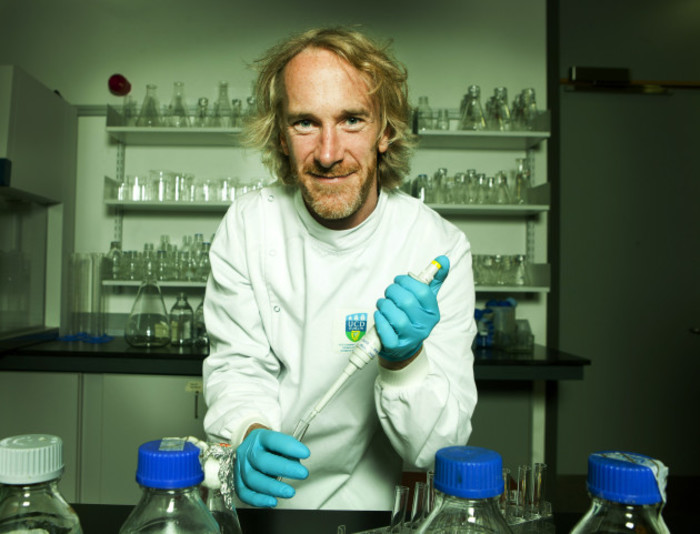 Linden, the company’s CEO, says Greenlight’s management team all have solid backgrounds in the pharmaceutical industry and experience of conducting clinical trials.

He earned a PhD in biochemistry at Queen’s University Belfast and has researched Alzheimer’s disease at Trinity College. He also set up a generic drug company called Éireceutica.

Greenlight has started generating revenue through sales of its CBD oil, a compound that’s found in cannabis.

CBD, short for cannabidiol, is marketed as a food substance, although some believe that it has medicinal benefits.

Greenlight’s product retails from €30 for a 5ml bottle and is stocked in a number of pharmacies around the country, including Lloyds and Sam McCauley stores.

In addition to its CBD oil sales, the company has received support from a number of government-backed agencies to help finance its research.

So far, Greenlight has secured some €2.7 million in grant funding. Most recently, it secured €1.4 million from state-funded agency Science Foundation Ireland (SFI) to study the use of cannabinoids on epilepsy.

It’s worth noting that the SFI is headed up by Mark Ferguson, the government’s chief scientific adviser.

Greenlight has also received backing from the Irish Research Council and Northern Ireland’s Department of Employment and Learning. 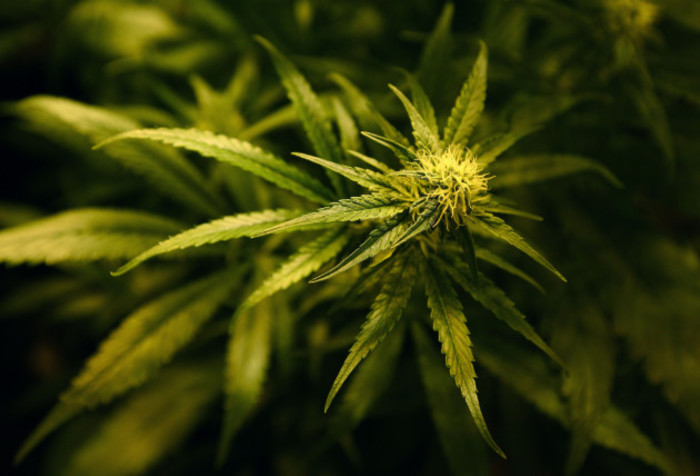 Private investors have put €250,000 into the company and Linden says the firm is now looking to raise another €3 million. He says the appetite for investing in medical cannabis is huge.

“Going back a few years, I thought there might be a bit of a pushback from investors when they heard cannabis,” he says.

“Even at that stage, three years ago, so many people had heard about it, investors had their eyes on the American stock markets and were starting to see it move.”

Although a medicinal cannabis regulation bill was stalled during the summer, Linden says use of the plant in Ireland for medical purposes is “going to happen”.

Greenlight is compliant with existing regulations and licensing rules. Linden says there are currently “no roadblocks” for a commercial operation if the company’s research proves that different elements of the plant have medicinal properties to treat specific conditions.

“The (government) departments we’ve worked with thus far have all been very receptive,” he says. “It’s been warmer and fuzzier than I thought it would be.”

The company is currently in talks with the Department of Agriculture to explore the possibility of growing certain strains of outdoor hemp.

While hemp is already grown in Ireland to manufacture food products and clothing, Greenlight is interested in the potential for the country to produce strains that can yield certain cannabinoids for possible medical use.

Linden believes that Ireland could potentially “excel at cultivation” of the plant as the country is “good when it comes to horticulture”.

Coupled with Ireland’s booming medtech and pharmaceutical industries, Linden believes there’s a huge opportunity for Ireland to move to the forefront of medical cannabis production.

For that reason, Greenlight expects to have 200 people on its payroll within the next three years.

“It’s really hard to know (how big the industry could be), but if we really do become a central hub for the cannabis world, it will employ thousands on the island,” he says.