BUDGET TRAVEL FOUNDER Gillian Bowler has died aged 64. It is understood that she had been ill for some time.

A well-known figure in the Irish business community, Bowler also served as chair of Irish Life and Permanent, and launched the online travel website Clickandgo.com in 2010.

Bowler was appointed to the board of Irish Life and Permanent in 1998, before stepping down from her position in 2010. She is survived by her husband, Harry, and her step-daughter Rachel.

Many have paid tribute to Bowler, posting their reactions on Twitter.

RIP Gillian Bowler - a great supporter of woman in business 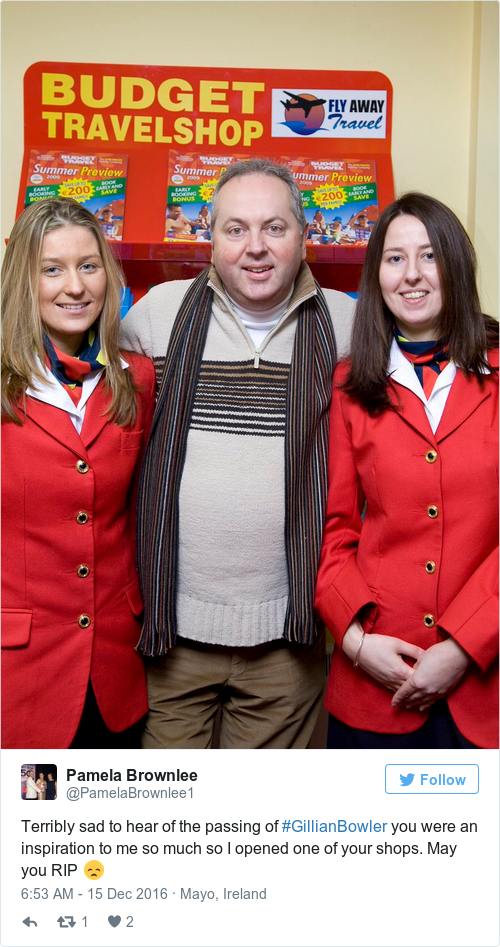 Terribly sad to hear of the passing of #GillianBowler you were an inspiration to me so much so I opened one of your shops. May you RIP 😞 pic.twitter.com/sW5xzHZtKq

According to Rip.ie, a celebration of Gillian’s life will take place in Mount Jerome in Dublin this Saturday at 10am.