THE ECONOMIC DOWNTURN was a disaster for many people working in the financial sector, but without it Shane Brett’s startup Gecko Governance probably wouldn’t exist.

For more than a decade, Brett worked in the funds industry and had stints at major firms including Royal Bank of Scotland and BNP Paribas.

In the aftermath of the financial crisis, a raft of new regulations for the banking and funds industries were introduced to try to prevent a repeat of the systemic meltdown in the sector.

The stricter rules led Brett to set up a consultancy to help banks and funds adapt to the new legal requirements.

As part of the consultancy work, he wanted to offer his clients software tools to help them keep track of their obligations and compliance deadlines that were approaching, but he couldn’t find a suitable resource.

Instead of waiting for someone to develop the software he needed, Brett looked into developing it himself – but that meant making a sacrifice.

“I was going back and forth to London while I was pulling together the financial resources to build the technology,” says Brett.

“But really, to run a funds-focused consultancy, you need to be based in London or New York. The guys expect you to be a couple of tube stops away, so I decided to focus on the technology.” 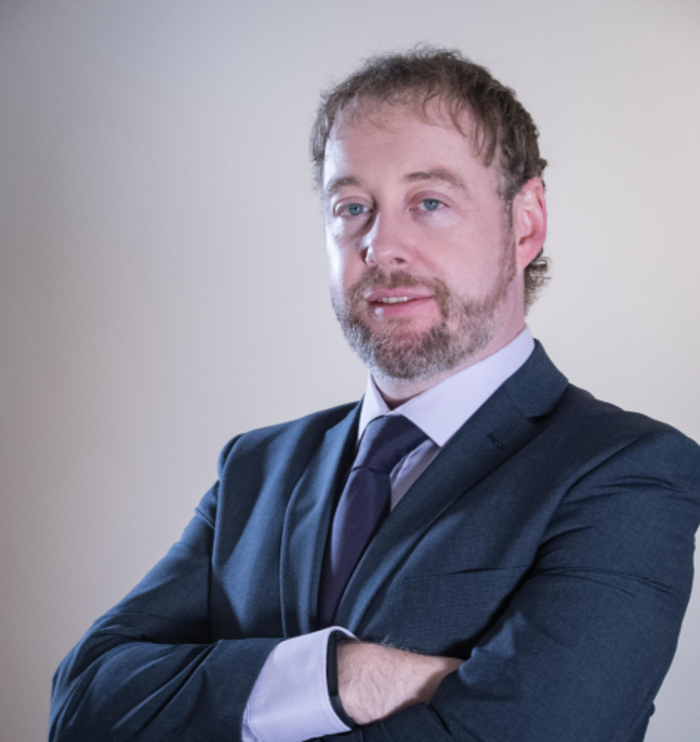 Brett wrapped up his consultancy and moved back to Ireland to work on the tech concept – setting up close to his family home in Dundalk.

He bootstrapped the firm through the research and development phase before Gecko released the first version of its product in 2016.

The tech tool is aimed at large corporate funds and gives a real-time overview of the steps that are needed to keep them in line with post-crash financial regulations.

The service is subscription-based, and Brett says he expects revenues to pass the seven-figure mark this year.

“There has been avalanche of new regulations for the funds industry. Compliance documentation in our industry was all over the place, quite frankly, but it can be centralised within Gecko.

“We give them a live, central dashboard of all the compliance needed for their funds. They can see in real-time if documentation or a report for a financial regulator like the Central Bank is needed soon or later.”

In choosing where to set up the business, Brett says he was surprised by how much easier it was to set up an early-stage company in Ireland than in London.

“I set up my first business in London, where there is really no support if you’re a small entrepreneur. The view in London is that businesses will always establish there.

“Here in Ireland, I was astonished by the grants, operational, legal and financial support available.”

He adds that the chance to collaborate with nearby third-levels has also been another bonus to setting up in Dundalk. 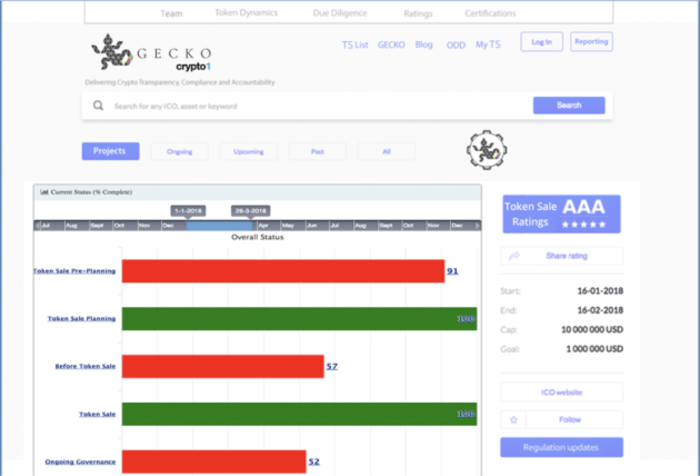 The startup has linked up with Dundalk Institute of Technology as the college creates new programmes around blockchain technology.

29.03.2018This man has brought a concept that's shaking up London's property market to Ireland

“We have been able to advise them from a business perspective what we need over the next couple of years talent-wise, which would be much harder to do in a big city like Dublin.

“I’m not knocking Dublin in any way, it’s just when you’re running a small business, you are trying to manage your resources. If we were in the centre of the IFSC, it would be difficult to do that and compete with leading tech and financial companies.”

At the beginning of this year, Gecko announced it had raised a $1 million seed round from Irish-American investment firm Cosimo Ventures.

The company previously received a €50,000 injection of cash in 2016 through the InterTradeIreland Seedcorn competition.

“We were still self-funded with five or six of us on the books and it was an important competition – when you’re small, that kind of cash prize is very welcome.

“We were astonished actually. Within a week of winning we had some of the largest venture capital companies from California onto us. The likes of Accel Partners, which financed Facebook, Dropbox and Spotify, were watching very closely.”

Brett says he is hoping to use some of that interest in his firm to raise a multimillion-dollar investment round in the coming months.

“Over the next couple of months, we will be doing a much larger funding round of between $5 and $10 million.

“That funding would allow us to ramp up our employee numbers to 40 and develop the software substantially over the next 18 months.”

He added that the new hires would be spread across his firm’s offices in New York, Sydney and Dundalk – where it has six employees.

“Quite frankly, we want to take on a few really good fintech sales people in New York with 15 to 20 years experience – you wouldn’t see much change from half a million dollars a year for two people.

“So we went out and did as much sales as we could ourselves to get initial clients in America because it was so incredibly expensive.”

The additional funding will also allow Gecko to explore the opportunity to create new compliance products for cryptocurrency funds, according to Brett.

He says industries based around bitcoin and other digital currencies are a “wild west financial area” at the moment.

“The real challenge is that the regulation is a couple of years behind. So if you are an institutional investor, and by that I mean a pension fund, it’s very difficult to put money into this area.

“We want to be able to offer our clients compliance products as new rules become apparent in the US and Europe.

“We’re engaging regulators in Switzerland, the Isle of Man and Singapore, which have brought in regulations. That has given us an idea of what will be required in the future.”