ON THE FACE of it, the Port of Galway appears in rude health.

Its operations have been largely profitable since the turn of the decade, with bulk traffic continuing to climb last year as the port processed nearly 600,000 tonnes of goods.

Revenue rose 12% in 2016, while its operating profits were up nearly 20% to just under €820,000 – further bolstered by a property sale that netted the port €5 million to fund its expansion plans.

However, those behind the port fear it may be left behind as long-delayed redevelopment proposals, which would bring the facility into the 21st century, remain in limbo three years after planning documents were first filed.

According to Eamon Bradshaw, who heads the Galway Harbour Company, the facility is largely dependent on oil shipping – and with oil companies using ever-larger ships, the constrained facility may be fast out of business.

He says the works would help give it a fighting chance and prevent a terminal decline for a commercial entity that dates back to the 1800s.

“We’re three and a half years into that process. It has been slow and torturous, difficult and costly,” he tells Fora.

“We would hope by the middle of next year that there would be a final decision in relation to the planning process. I’m optimistic.” 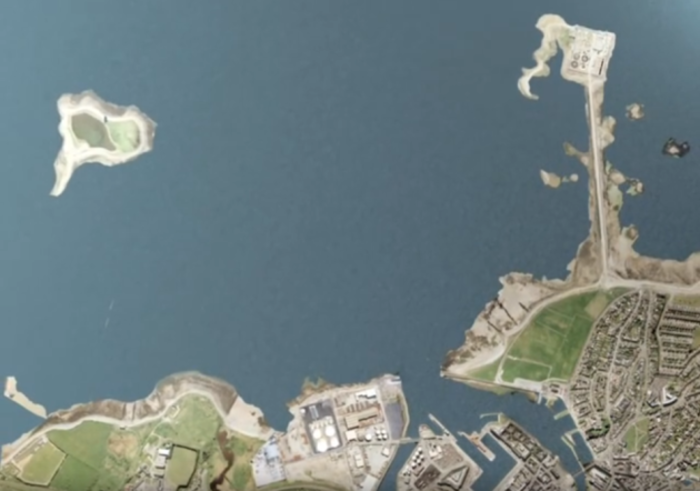 The Port of Galway is constrained by its size. The gated port is only open four hours each day due to tides and is restricted in the sizes of ship it can service.

Last year, it was only the eighth-busiest port in Ireland by total goods tonnage – handling less than 3% of the cargo processed by Dublin Port and around 5% of that processed by Shannon Foynes.

Bradshaw, who has been the chief executive of the state-owned Galway Harbour Company since 2008, says the first decision to expand the port was mooted in the early 2000s.

However, it took until January 2014 for concrete plans to be lodged with An Bord Pleanála. The €126 million project to overhaul the area was pinned as a ‘strategic infrastructure development’, a designation intended to speed up the planning process.

The works, which would be carried out over four phases, would involve the construction of new deep water berths, a marina and nautical centre at the port. This would allow for larger ships, such as cruise liners, to dock at the port.

The organisation also applied for Iropi – or Imperative Reasons for Overriding Public Interest – status, an EU derogation also designed to speed up approval of the plans.

However, the strategy appears to have further complicated matters. 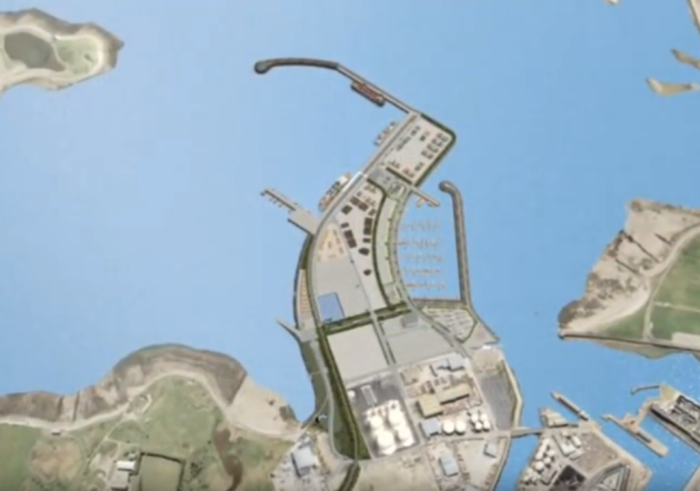 Some 126 submissions, including objections by Shannon Foynes Port Company and An Taisce, were lodged with the national planning authority about the expansion plans in Galway.

A year after it first applied for planning, an oral hearing was held in Galway and An Bord Pleanála held the application under consideration.

Later that year, the planning board was due to give a final decision, however it wrote to Galway Port to say it was still weighing the case and required further information before it could make a judgement.

“They asked us to submit compensatory proposals for the development,” says Bradshaw. “When you take away part of a habitat like we would by moving the ports berth, we must compensate somewhere else.

“We submitted those compensatory proposals in November 2015, and that has been the process to date. We have received no deadline for when we can expect a decision.”

A spokeswoman for the planning authority told Fora that a decision is expected by 28 September of this year. However, she also noted that usually with larger cases like that of Galway Port, the board may not meet the deadline. 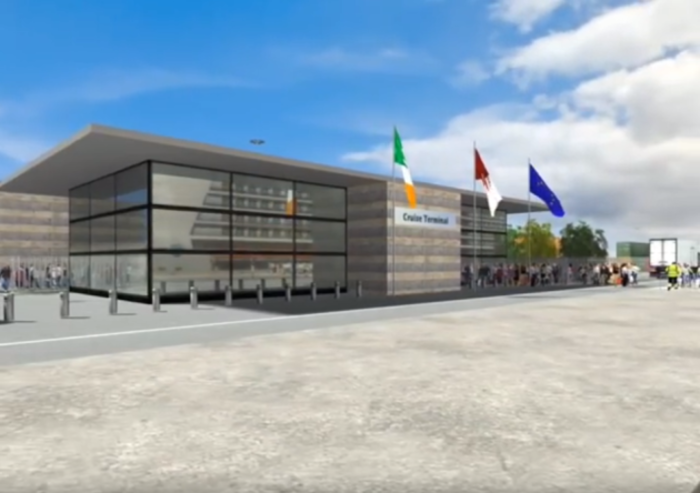 An artist's impression of the new port terminal.
Source: YouTube

As the first Irish development to use the Iropi provision, Bradshaw accepts the port plans have been tough for planning officials to assess as they wrestle with the new system.

With that process under way, he has been left with little choice but to wait – and to squeeze officials for faster progress.

This year alone, the Port of Galway has lobbied the Irish government on a number of occasions for a progress report on its long-delayed development.

It has also made its case  to political representatives for receiving upgraded port status in next year’s revised national ports policy.

Bradshaw says as Galway is only designated a tier-three ‘port of regional significance’, it misses out on a large amount of EU funding that could help bankroll the development.

Tier-one and -two ports can apply for up to one-fifth of the funding needed for development works, but he says that leaves Galway in a ”catch-22″ situation.

“Not being a tier-one or tier-two port means we can’t qualify for EC funding or any kind of funding because government is not allowed to support commercial ports, it only supports fishing ports.

“We make the argument we are servicing the entire west coast, 1,500 km from Loop Head up to Derry and also the entire province of Connacht and Donegal and into the midlands.” 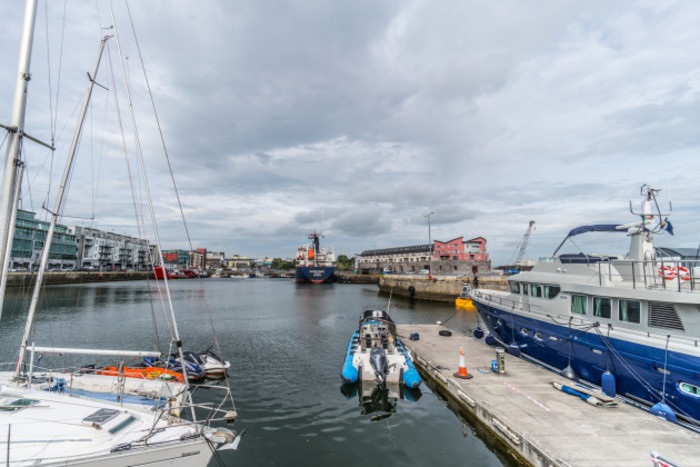 Besides shipping facilities, the port has other streams of income, including renting properties and providing car parking services. Bradshaw says these subside “to a large degree” the core operations at the port.

If the expansion plans fail, he says the port will need a plan B – which would likely involve improvements at the existing port and widening the gate for vessels – “but that would be totally unsatisfactory”.

“Ships nowadays are getting bigger and bigger because the cost benefit of using bigger ships is obvious.

“The port is too small – if we have three ships in, it’s the maximum you can fit in at any one time.”