IN 2008, JUST as the recession was kicking in, William Hynes left a well-paid, secure job to strike out on his own.

Hynes has five qualifications – a mix of degrees, masters and a PhD, which he casually dismisses as “all waffle”. With that grounding was reasonably confident that he would be OK, but he couldn’t be sure.

He had been lecturing in UCD for almost eight years, teaching transport and urban planning, subjects he studied in the same college previously.

In between his studies, Hynes had spent five years working as an airport planning manager for the Dublin Airport Authority, then known as Aer Rianta. He felt that the time was right to leave academia once again.

“I was very secure, but I just wanted to do something in industry. I felt that there was a real opportunity there to do something around data-driven decisions,” he tells Fora.

His wife was unimpressed.

“She said: ‘Billy, are you doing the right thing?’ She’s in the public sector, so we always had that to fall back on, but it was very risky,” Hynes says.

“It was just that I’d never been out of work. I knew if I worked hard, I would get work.”

Hynes, now 52, started out doing consultancy, working on transport and urban planning projects for big companies and the public sector.

After a few years, the Tipperary man wanted to be part of something bigger, so he and his former student Stephen Purcell set up Future Analytics Consulting (FAC), a firm that provides town planning and research services. 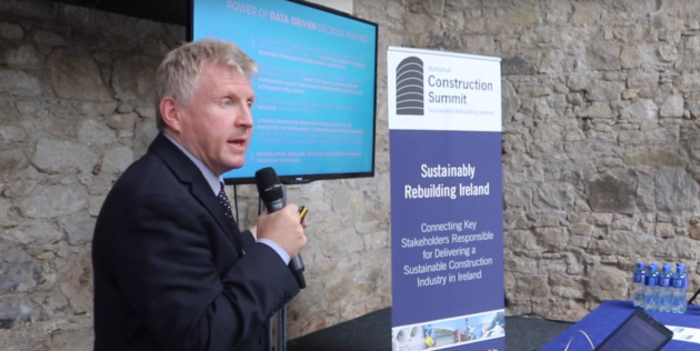 “We were doing consultancy with the same company and we just saw the opportunity and set up. Stephen is in his mid-30s, so there is an age difference, but the dynamic works really well,” he says.

While the pair already had a pipeline of clients from their consulting work, the struggle of getting the business up and running meant that Hynes’ free time vanished.

“You have to do that to make it really successful. It is all-consuming in a way, but it’s very rewarding.”

The company started small with a staff of four. As it was set up in 2010, in the middle of the recession, building had slowed to a crawl and most government departments were tightening their purse strings.

This meant that the firm had to look elsewhere for work, pitching for big research projects from the European Commission.

“We’ve been lucky. To date on the European side we’ve won 14 applied research projects within our space,” says Hynes.

“We were working with partners all over Europe, building contacts and a network of projects that you can bid for.”

As the economy has recovered the public and private sector both started to become more important to FAC. The two segments, alongside the European research, each make up about a third of the company’s business.

While FAC works on a wide variety of projects, its main focus is in the area of spatial planning.

For example, it may work with a large retailer and advise it where the best place is to open a new shop.

“They could see an opportunity to invest, and then we would look at things like: is the population going to grow, what type of products are people there looking for, what is the current and potential future competition,” Hynes says.

“Data, both current and future, is very important to understand how an area is going to change.”

As well as its work for private firms, FAC also does a lot of urban and town planning with local authorities across the country.

“We look at how people’s needs change and plan for that. How they are changing in terms of work life, education, housing and commuting needs,” he says.

One of the projects that the firm worked on was the Luas Cross City in Dublin, where it looked at aspects of the development such as the best places to put new stops to maximise their usefulness. 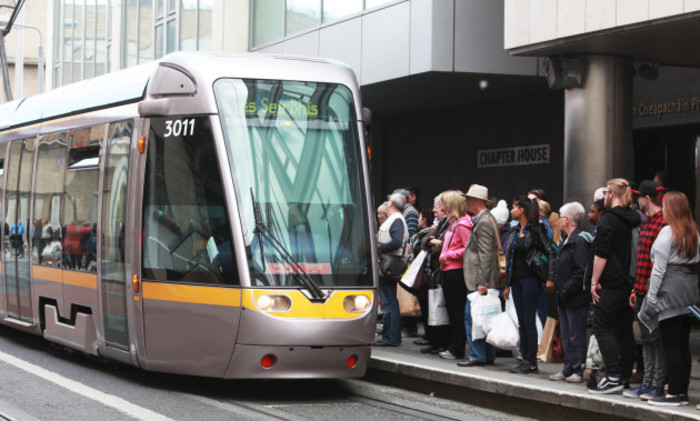 FAC uses a mix of public data, from the likes of the CSO, and private data from clients and that it has built up itself over the years.

Analysing that data and figuring out how to apply it is a hugely difficult task. While Hynes’ five degrees are a lot by any standard, many of the company’s employees also hold qualifications in more than one area.

“It is necessary in planning. You need to understand lots of different disciplines to be able to have an impact,” he says.

FAC’s two dozen workers also need to be versatile. At any one time the company is likely to be working on about 60 projects. Even divided into small teams, it means that most people will be working on more than one thing at a time.

The Dublin company has grown steadily since the recession. It made a profit of about €200,000 last year and expects to turn over around €2 million next year.

As well as its work with large retailers, FAC’s private-sector projects mainly involve companies that have major developments in progress.

“We’re working with the biggest residential housebuilder in Ireland at the moment, although I can’t say who,” he proclaims conspiratorially.

“We also work with nearly all of the city and county councils in Ireland on various projects and do work with regional bodies and government departments.”

Most of the company’s work is in Ireland, although FAC does also have international links through its EU Commission research, which Hynes says is spread across all EU member states.

FAC’s main competitors are other consultants, ranging from small traders of two and three people to larger firms with staff of about 15 or 20. 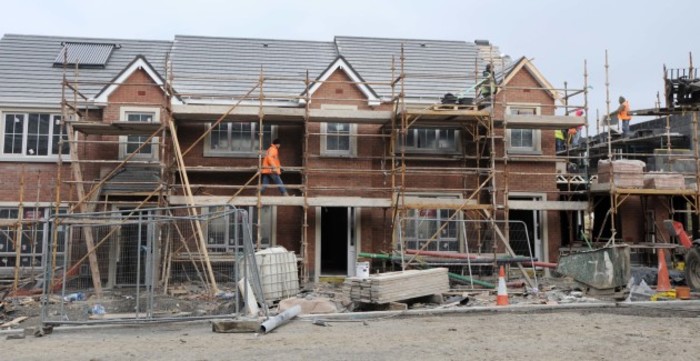 Hynes says that FAC’s selling point is that it fuses several areas of planning, whereas most companies usually only focus on one.

“Data analytics, economics and planning – we bring those three strands together in a very integrated manner, and we are unique in that sense,” he says.

FAC is now aiming to build on the foundations it has put in place over the last seven years and bring a “new dynamic approach” to urban and transport planning, says Hynes.

“We see that there is an opportunity to grow in terms of personnel numbers and to spread our geographical reach,” he says.

Spreading the company’s geographical reach will help spread its influence, which Hynes says is critical to “making a difference”.

“It was one of the main reasons why I set up the company in the first place. To make a difference, to give greater clarity for proper decision-making to people in areas who need it,” he says.

It’s why he’s stuck with the company, rather than staying in academia. While he is back teaching, giving lectures in UCC, returning to the classroom full-time is unlikely.

“I love having contact with academia and research, but Future Analytics Consulting is where my heart is.

“I don’t see myself leaving, not unless they boot me out,” he jokes. “I have a real passion for it, and I think there is a huge opportunity there to bed that down and build on it with everyone else in the company.”