A LOBBY GROUP for the Irish heavy goods vehicle (HGV) sector has complained that the industry’s efforts to reduce emissions are being hamstrung by a lack of fuel depots and State inaction.

Last year, the European Union outlined its CO2 emissions reduction policy for HGVs. The guidelines require emissions from new lorries, buses and coaches to be reduced by 15% by 2025 and 30% by 2030.

According to the European Commission, HGVs produce roughly a quarter of the EU’s total road transport carbon dioxide emissions.

A fuel called compressed natural gas (CNG) has been mooted as a more environmentally friendly alternative to petrol and diesel, which could help the Irish freight sector lower its rate of emissions.

Since 2016, the government has set deadlines to roll out CNG refuelling sites across the country, with the ambition of having 14 such stations in operation by 2020.

According to Gas Networks Ireland, just one is currently up and running at Dublin Port as of this month.

Last November, the Freight Transport Association of Ireland (FTAI) wrote to Minister for Climate Action and Environment Richard Bruton and Minister for Housing, Planning, Community and Local Government Eoghan Murphy to complain about a lack of CNG fuel stations.

Speaking to Fora, FTAI general manager Aidan Flynn said the sector was previously assured that five CNG fuelling sites would be operational by December 2017 as part of national policy produced by the Department of Transport.

He said some FTAI members have already invested in trucks that run on the fuel but cannot use them because of a lack of public filling depots.

While operators have been encouraged to set up their own private refuelling facilities, Flynn said the cost of such a development – which he estimated to be €1.2 million – would only suit big operators. They are also prohibited from selling on the gas to third parties. 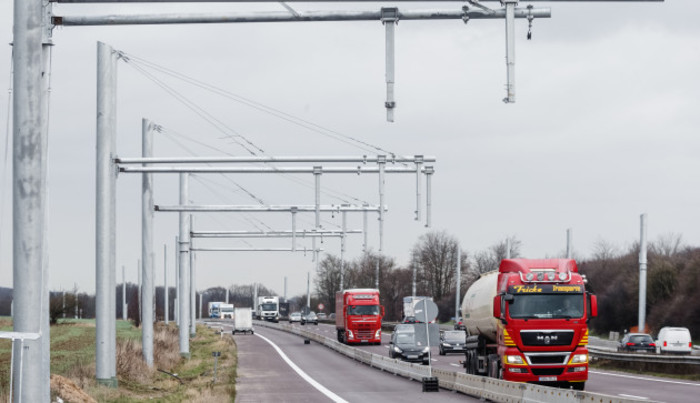 Last week in the Dáil, Fianna Fáil TD Jack Chambers raised the matter with Minister Bruton and noted that 14 CNG refuelling sites were scheduled to open between 2016 and 2020.

Minister Bruton responded that the lack of CNG fuelling sites was “an operational matter for Gas Networks Ireland”. He added that the semi-state company is still committed to opening 14 CNG filling stations by the end of 2020.

A spokesman for Gas Networks Ireland told Fora that the expansion has met challenges around regulatory standards and safety procedures specifically for public facilities.

“In working through this, we have worked with suppliers, installers and with (the) Commission for the Regulation of Utilities to establish an entirely new framework in relation to CNG.”

He said four hauliers have set up private facilities and that the gas is provided at a Dublin Port fuelling station.

“The pipeline of development is well-advanced, with one further project through planning and others about to enter the planning process,” the spokesman said.

The development of these CNG filling stations is part of Gas Networks Ireland’s Causeway Project and is being co-funded by the EU Connecting Europe Facility.

Aidan Flynn said convincing those within the freight industry to invest in more environmentally friendly trucks is still a tall order since there have been several missed deadlines since the CNG policy was introduced in 2016.

“The issue for industry is that these issues about rollout dates have not been met consistently time and time again. Effectively we are running down the clock on the Causeway Project,” he said.

“To support the efforts of the logistics industry in cutting emissions, it is now vital that the energy regulators be specifically mandated to accelerate their work in opening CNG stations, and to reduce the regulation involved in third-party sales of gas to fleets.”

Some FTAI members had invested in CNG-fuelled trucks on the basis that adequate refuelling facilities would be available by 2017, according to Flynn.

A paper published by the FTAI in November cited complaints from Ken Leahy, the distribution manager at Spar operator BWG, who said delays in opening fuelling stations were costing the company €8,000 a month.

policy and economy resource and energy tourism and transport