THE FOUNDER OF a Wicklow-based gym brand will launch an Airbnb-inspired car rental platform next month.

Maurice Sheehy, who owns Pure Fitness gyms in Wicklow Town and Arklow, will next month launch Fleet, a service that lets car owners rent out their vehicles when they’re not using them.

Sheehy – a nephew of ex-AIB chief Eugene Sheehy – said the startup wants to tap into the unexplored market of neighbours lending one another cars, as well as shaking up Ireland’s €320 million vehicle-rental sector.

“It’s pretty much impossible to rent a car in rural Ireland,” he told Fora. “Car-rental companies are based around metropolitan areas and airports. If you have car trouble, you’re left stuck a lot of the time.

“Being able to rent off a neighbour or someone in a locality and having that quick, social experience is a lot more enjoyable than having to travel and try rent a car in a city.”

A peer-to-peer car rental service is by no means a new concept. For example, US firms GetAround and Turo have both been in operation in North America since 2009.

Last year, Japanese manufacturer Toyota poured a reported $10 million into GetAround, while Turo has raised a total $101 million as of November 2015.

Fleet will go live in Ireland first, but Sheehy plans to launch it in bigger markets like the UK “fairly rapidly”. It is also hoped that “in time” it will be available in other English-speaking markets like Australia, New Zealand and South Africa.

Sheehy also plans to tempt garages and other companies with dormant vehicles into using the service to “make a bit of extra revenue” from stock they find difficult to shift.

“I think every garage we’ve talk to have two or three (cars) that they’d be happy to put up on the platform,” he said.

Pricing will be set by the vehicle owners, but the final bill will vary based on the renter’s driving experience, age and other criteria.

“Based on the feedback we’ve had and from the focus groups we’ve had, we’re looking at less than €50 a day for the majority of people,” Sheehy said. 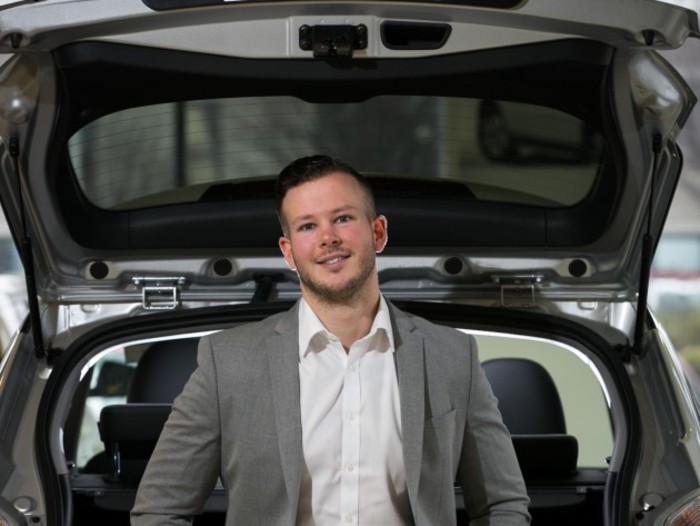 He said he doesn’t anticipate any Uber-style regulatory problems and Fleet’s insurance will “supersede any insurance on the vehicle already”.

“The minute that car is rented by the client, our insurance supersedes everything else on it,” he said. “It won’t affect the car owner’s policy or anything like that and they’re covered from our side.”

The startup is currently in discussions with a “global insurance provider” to provide cover for the company, although Sheehy wouldn’t disclose the name of the firm.

To date, Fleet has mainly been financed by the 28-year-old, while a few friends and family who “thought it was a good idea” have also put in some money. About €300,000 has gone into the project so far.

“When I started the gym business, I bought the shell of an old house and over time slowly fixed it up,” Sheehy said. “I actually sold the house to fund this project.

“I’m moving back in with the parents for a while but I think it’s worth the risk. If you don’t take your chance, you’ll never know. I think I’d be kicking myself in a few years if I didn’t go for it.”

A farmer and horse breeder, Sheehy previously funded the launch of Pure Fitness by selling one of his racehorses.

He plans to launch a private funding round for Fleet six months after the app goes live, but won’t say yet how much he is hoping to raise.

When asked what his previous startup ventures have taught him, Sheehy said “patience” and has learned not to panic and to “keep the head down and work hard”.