SEVERAL PROPERTY EXPERTS have given a decidedly lukewarm reaction to the government’s new first-time buyers scheme, claiming that it won’t have much of an impact on the housing crisis.

Finance Minister Michael Noonan announced today that the new scheme will provide a rebate of income tax paid over the four previous tax years up to a maximum of 5% of the purchase price of a new house up to a value of €400,000.

The house must be a new build and applicants must also take out a mortgage of at least 80% of the purchase price.

In his budget speech, Noonan noted that supply increases to meet demand and said that the new scheme “will increase the demand for newly built houses by assisting first time buyers to put a deposit together”.

“I expect the building industry to meet this additional demand by increasing the supply of new affordable homes,” he said.

However, housing experts have said that the new measure is focused on the wrong area.

Claire Solon, president of the Society of Chartered Surveyors Ireland, said the government should have focused on measures to increase the supply of housing instead. 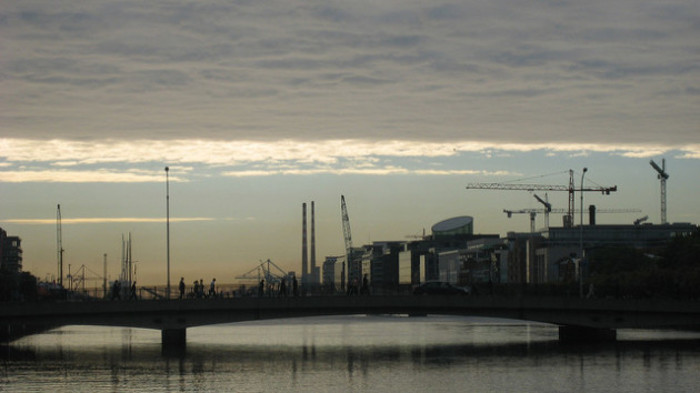 The housing shortage is acute in areas like Dublin
Source: valanzola.t

“We can see what the government is trying to achieve but we just don’t see it happening. The government believes providing assistance to first-time buyers will help stimulate development by bringing more buyers into the market and giving builders confidence to start building new homes.”

“However, in the short-term at least, this will just mean greater competition for those few properties that are available across all sectors including tenants, students, social and affordable housing. As we have seen increased competition means higher prices.”

He said: “By restricting the scheme to new builds the government says it will stimulate supply. (This is) true. Giving people more money to compete for limited new builds will drive up prices and help restore developer profits.

“Unfortunately this also makes housing less affordable. Alternative approaches, such as cutting VAT on new homes, would equally have encouraged development, but at a lower price point.

“However the government bottled out of that option because of optics. It would simply have looked too much like a handout for developers.”

Nevertheless, the move was welcomed by the Construction Industry Federation, which said that the scheme will help to address “the chronic lack of supply in new builds”.

The organisation’s director general Tom Parlon said: “There is an acute shortage of activity in this sector because first-time buyers cannot secure mortgages.

He added: “This measure aims to stimulate some supply in this demographic to target realisable demand: first-time buyers that can afford a mortgage and starter home but are currently renting and trying to save for a deposit.

“The Central Bank’s loan to income rules will continue to ensure that first-time buyers can only access affordable mortgages and dampen significant increases in prices as a result of the measure.”

It is expected that about 14,000 houses will be completed across the country this year, equivalent to just over half of Ireland’s expected housing demand.