SOCIAL MEDIA GIANT Facebook could face a tax bill as high as $5 billion (€4.5 billion) over an investigation into its Irish operations.

The company revealed in its quarterly results yesterday that the US Internal Revenue Service (IRS) is investigating its tax affairs for the period covering from 2008 to 2013.

Facebook said that it recently received a notice from the IRS “relating to transfer pricing with our foreign subsidiaries in conjunction with the examination of the 2010 tax year”.

“While the Notice applies only to the 2010 tax year, the IRS states that it will also apply its position for tax years subsequent to 2010, which, if the IRS prevails in its position, could result in an additional federal tax liability of an estimated aggregate amount of approximately $3- $5 billion, plus interest and any penalties asserted,” it said.

In a motion filed in the district court for the northern district of California, the IRS said that Facebook’s tax return for 2010 “reported income royalty from transfers of intangible property to a controlled foreign corporation, Facebook Holdings Ireland Unlimited.”

The IRS said that it is investigating a number of assets transferred by Facebook to its Irish subsidiary, including “the rights to the intangible property constituting Facebook’s ‘online user platform’ and the licence rights in ‘marketing intangibles’.”

The organisation is now trying to get Facebook, which is based in the US but has its European headquarters in Ireland, to turn over documents relating to the value of these assets. 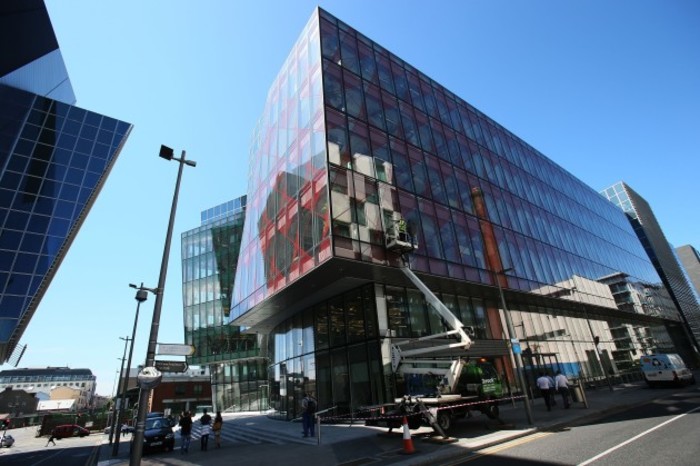 The IRS claims that Ernst and Young, which acted as tax advisors to the social media firm, undervalued the company’s assets when they were being transferred to its Irish subsidiary.

It is legitimately used by companies for every day business matters. However, the practice has been brought to international attention recently as it has been used by some multinational companies to legally reduce their tax bill – often to low single-digit percentages.

This is done when one of a company’s subsidiary’s levies artificially high charges on another, such as by charging high rates to allow the license of a piece of software.

In its quarterly filings Facebook said that it doesn’t agree with the position of the IRS “and will file a petition in the United States Tax Court challenging the notice”.

However, it added: “If the IRS prevails in the assessment of additional tax due based on its position, the assessed tax, interest and penalties, if any, could have a material adverse impact on our financial position, results of operations or cash flows.”

US tax authorities began examining Facebook’s Irish operations in 2013. The IRS claims that Facebook has failed to show up to several meetings and has not provided it with all of the information it has requested.

Facebook reported net profits of just over $2 billion in the three months to the end of June, up from $719 million during the same period in 2015.

A spokesman for Facebook told Fora that the company “complies with all applicable rules and regulations in the countries where we operate”.