DESPITE INVESTORS POURING cash into fintech companies worldwide, European startups are receiving only a tiny share of funding compared to their counterparts in the US and Asia.

According to the latest CB Insights/KPMG Pulse of Fintech report, which tracks funding in the sector, European companies accounted for just 6% of total funding worldwide last quarter.

Deal-making in the continent was also highly concentrated in the UK, which the report identified as the region’s top fintech hub, where nearly half of the $348 million invested across Europe ended up.

The report noted the European fintech scene was held back in the quarter by an absence of so-called ‘mega rounds’ – deals worth more than $100 million – with the region accounting for only two of the 26 biggest investments worldwide.

The figures also show that a lot of the hype in the UK startup scene is driven by interest in fintech companies, which sucked up around one-third of all funding rounds in the country in the most recent quarter. 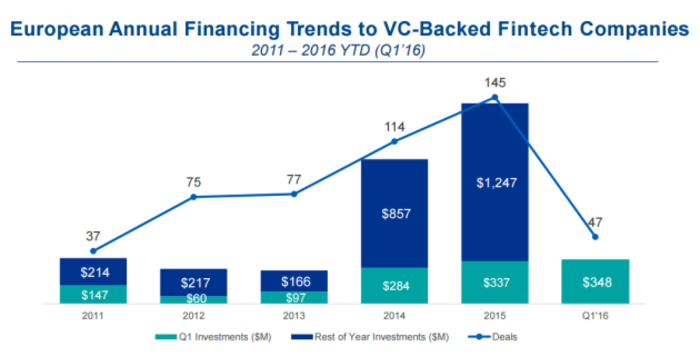 The analysts noted, however, that investment in digital banks and non-bank lenders was “hot” during the quarter after changes in EU payments laws.

Insurance technology was also gaining in interest, while peer-to-peer marketplaces were comparatively losing their shine for investors.

While investment in the Irish fintech scene was a drop in the ocean compared to the bigger deals being done worldwide, the quarter included a number of notable funding rounds for local firms.

Figures from the Irish Venture Capital Association showed fintech companies on these shores raised over €37 million in the first quarter of 2016.

The strong figure included a near-€24 million funding round for Future Finance, which is a Dublin-based student-loan platform that does the majority of its business in the UK and Germany.

CurrencyFair bagged the second biggest VC deal on the island during the first few months of the year. The peer-to-peer foreign exchange firm raised €8 million in funding to bring total investment in the company over the €20 million mark. 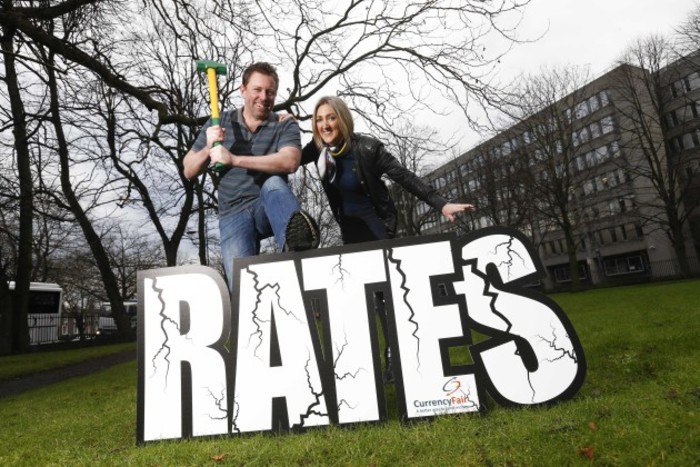 Other notable investment deals done with Irish fintech startups included the €2.7 million pumped into AQ Metrics, €1.1 million invested in Deposify and a €1 million round raised by Linked Finance.

Total global funding in venture capital-backed fintech companies shot up by 96% to $4.9 billion in the latest quarter.

While the sector has rebounded from the low investment figures registered at the tail end of last year, the significant spike in funding can be tempered by the fact that three huge rounds accounted for over half of the total money raised.

The investment in Oscar Health Insurance highlighted a new trend that has seen a number of insurance companies begin to dabble in the fintech space.

Another trend that emerged from the report was a dip in funding for US payments companies, which had previously hoovered up investors’ money. The development was put down to the growing dominance of established players like Stripe and Square, which were deterring investors from dedicating their cash to rivals.