IN UNPRECEDENTED TIMES, governments around the world are scrambling to delay the spread of Covid-19 while making extraordinary efforts to cushion their economies from the inevitable hard times.

Each nation is struggling with the crisis – calling states of emergency, signing off on economic stimulus packages and seeking much-needed medical supplies.

At a European level, lawmakers and heads of states have been ramping up efforts to ensure the EU’s healthcare systems and economies are protected as much as possible – all the while the EU’s chief Brexit negotiator Michel Barnier confirmed that he has been infected with the virus.

The EU has taken extreme measures to limit travel to the continent and has restricted outside travel into the passport-free Schengen zone.

As hospitals and healthcare workers come under increasing pressure, there are fears of shortages of vital medical equipment like ventilators and supplies like face masks.

On Thursday, the European Commission announced a €50 million stockpile, called ‘rescEU’, of inventory such as ventilators and masks. The measures will come into effect today.

Janez Lenarčič, the commissioner for crisis management, said the supplies will be made available to the member states that need them the most.

This follows moves by the commission on Sunday to implement export controls in the EU that would ban the export of medical equipment to third countries during the crisis.

The move was in response to some member states, such as Germany, attempting to restrict the export of protective equipment from the country.

The EU is to temporarily relax state aid rules for member states. Usually member states would be restricted in how much direct support they can provide businesses, in the interest of fair competition.

In the current situation, competition commissioner Margrethe Vestager announced a Temporary Framework to ease some of the regulations. This will include allowing member states to give direct grants of up to €800,000 to companies and issue loans with more favourable interest rates. 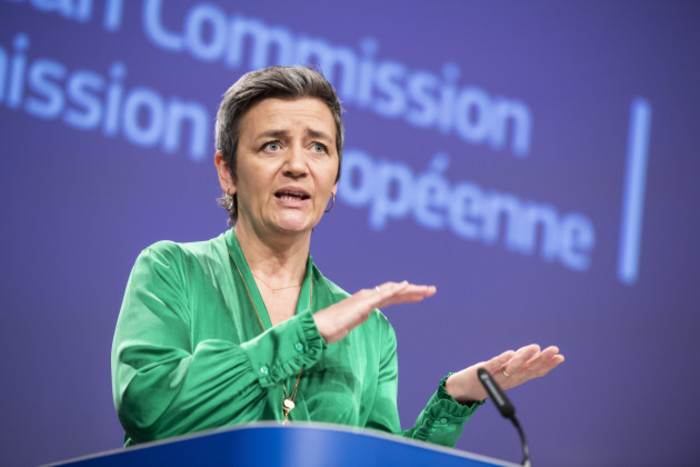 For startups, the commission has introduced a fast-track funding mechanism for companies that are working on technologies that can help improve testing and treating the illness.

The pot of cash is from the European Innovation Council’s €164 million fund that provides financing to research and development projects. The deadline for applications is today.

The unexpected decision of the governing council of the ECB, which rarely makes such moves outside of scheduled meetings, underlines the severity of the situation.

The package, dubbed the Pandemic Emergency Purchase Programme, will purchase government and corporate bonds and inject much-needed cash into the financial markets. This will include risky assets that it typically avoided including Greek debt, which has been a pariah for a long time.

Christine Lagarde, who took over the helm of the ECB in November 2019, finds herself in a Mario Draghi-like moment when the previous president promised to protect the euro at all costs at the height of the eurozone crisis a decade ago.

“Extraordinary times require extraordinary action,” she tweeted. “There are no limits to our commitment to the euro. We are determined to use the full potential of our tools, within our mandate.”

This was less than a week after the ECB had introduced a separate €120 billion stimulus package that failed to steady the markets. The ECB at the time also opted not to cut interest rates, despite the fact that the US and UK had done just that.

The realities and shocks of Covid-19 mean that the policy calendar for the EU’s institutions has been upended.

As funds and efforts are redirected, expect to see many other initiatives paused, placed on the back burner and in some cases shelved.

UK Prime Minister Boris Johnson, according to a report from the Daily Telegraph this week, is expected to seek an extension on the timeline for trade talks with the EU and the European Commission has pushed back the announcement of its new agricultural strategy by at least one month.