AS SURE AS night follows day, electricity prices are as fast to rise as they are slow to fall.

Over the last few weeks customers of Ireland’s main energy providers have been told that their bills are about to be hiked, by between 4% and 6% in most cases.

Energia, Airtricity, Electric Ireland and Bord Gáis all announced the increases within about four weeks of each other.

While the percentage increases may be relatively small, they are enough to potential add more than €50 to the average household bill. Electricity in Ireland is among the most expensive in Europe, so people are already paying a lot.

So why will consumers have to shell out the extra cash?

The main reason that has been cited by energy firms is the rise in wholesale gas prices. Most electricity in Ireland is produced from gas, therefore the two prices are closely linked. If the price of gas goes up, electricity will probably follow.

The wholesale price is how much businesses pay to buy gas from the market. If the cost of this rises, the increase is often passed onto the end user – although businesses on fixed rates and long-term contracts may take longer to feel the pinch.

During much of 2015 and 2016, the wholesale price of both gas and electricity dropped, with costs falling by just under 30% by the middle of last year.

However, since then the price of gas has been on the up. In September the cost of wholesale gas was up by about a quarter compared to the same period last year.

Keith Donnelly, senior energy analyst at Vayu Energy, said that the cost of wholesale gas in Ireland tends to mirror that of the UK.

While gas started flowing from Corrib at the end of 2015, the field cannot meet the whole of Ireland’s energy requirements during the winter months. As gas needs to be imported from the UK, the Irish wholesale price is usually in line with its near neighbour.

“Corrib coming on-stream hasn’t made gas cheaper, Corrib is more about security of supply for Ireland. If something was to happen to the UK pipeline, we wouldn’t be as reliant,” said Donnelly.

Meanwhile, there are three main reasons why the cost of wholesale gas in the UK is rising. 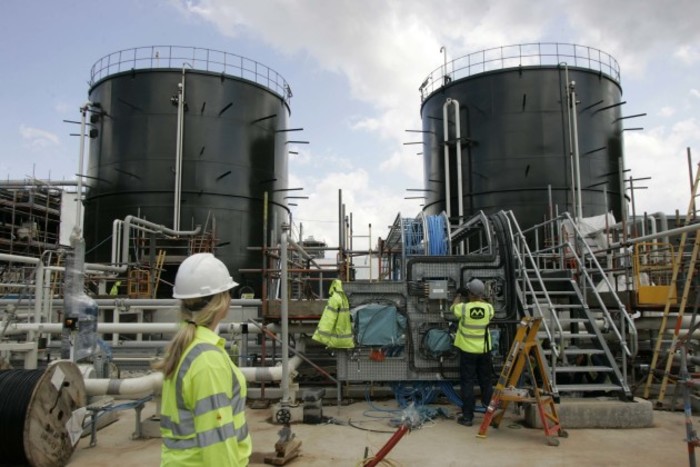 First, a major storage facility, which was the only place in the UK that gas could be stored long-term, has been decommissioned. This makes buying gas riskier, adding to the cost.

“The second is the gas prices in Asia and South America are more expensive than in the UK, so UK prices have to be increased to attract those cargos,” Donnelly said.

“The third is natural demand. At the moment we are in the winter gas season and there is generally an increase in demand. And when demand increases prices increase.”

Many energy companies also tend to work off of a year that runs from October to October, which means that this time of year is when they would look at their pricing.

Around October is also generally when network costs are decided. Energy suppliers, such as Energia, have to pay a charge to ESB to support the maintenance of its network.

The Commission for Regulation of Utilities (CRU) recently announced that this charge would rise on 1 October. The increase was equivalent to the average residential customer’s bill rising by about €12 per year.

“It’s the decision of the supplier on whether to pass through the costs to the consumers, but they mostly do,” said Eoin Clarke, the managing director of price comparison website Switcher.ie.

He also pointed out that consumers have been hit with a double whammy as the Public Service Obligation (PSO) levy has also increased, adding about €24 onto the average household bill.

Clarke said that prices could continue to rise, which meant there was more reasons for customers to shop around to get the best deals – particularly those on standard tariffs.