A COUPLE, WHO were in a state of undress in their tent at the Electric Picnic festival in 2015 when security men burst in to search their belongings, have each settled a damages claim against the organisers and two security companies.

Stephen Massey , a 42-year-old driver and Niamh McCarthy, 36, a consultant, both of Connawood Lawn, Old Connaught Avenue, Bray, Co Wicklow, had sued the defendants for defamation, assault, wrongful arrest and false imprisonment at the concert in Stradbally Hall, Co Laois.

Both accepted undisclosed settlement offers from the organisers, EP Festivals and Live Nation Ireland, which both have the same address at the 3Arena.

The claims were then struck out against the two companies, as well as UK firms Gold Standard Security and Specialized Security Guarding.

Massey and McCarthy claimed they had been assaulted and detained by security staff and later told, having been given a complete clearance by gardaí, that they were free to stay for the concert which had attracted more than 50,000 attendees.

The couple had decided, following their experience, to fold up tent and leave. The Electric Picnic festival takes place again this year at Stradbally in September and has been a sell-out. 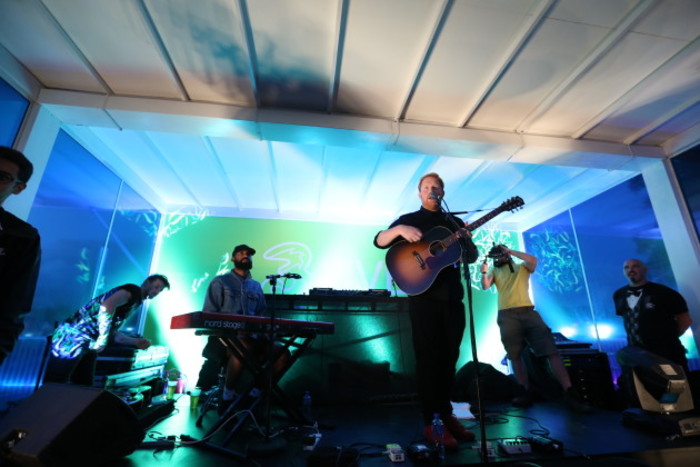 In joint proceedings against all four defendants, the couple alleged that on 5 September, 2015 they were at the ’boutique’ camping section when security staff unlawfully entered their tent, demanding they leave until it was searched.

Massey alleged he had been beaten, pinioned and knocked to the ground before having been dragged to a Jeep and taken to gardaí, who directed his release, while his girlfriend had been assaulted when restrained by security staff from leaving to use a toilet.

Both plaintiffs alleged they had been shocked and distressed and very frightened by the unlawful entry by security staff, and a number of other campers had opened their tents to see what was going on. Both had later sought treatment from their doctors.

The couple’s barrister, Michael Byrne SC, told Justice Kevin Cross in the High Court that the cases had been settled and could be struck out against all defendants.

In October last year judgment in default of appearance had been granted against Gold Standard Security. A security guard who had been prosecuted by gardaí for assault had been convicted and ordered to pay the couple €4,000.