JUST A FEW hours before the UK announced its decision to allow Huawei restricted access in building its 5G network, the chief executive of Eir said it is sticking with the Chinese company.

“We use Huawei for the radio part of our network and we use Ericsson for the core,” Carolan Lennon said, speaking at a Tuesday morning briefing on Eir’s investment programme.

Huawei, the large Chinese company that makes telecommunications equipment, has been embroiled in controversy ever since the US accused the company of links to the Chinese government.

It claimed that should Huawei be allowed to build architecture for 5G networks in other countries, it could leave those countries vulnerable to spying. Huawei has fiercely denied such charges but the episode has coloured much of the debate around trade and tech between the US, Europe and China.

Boris Johnson on Tuesday opted to allow the Chinese vendor a restricted role in working on the UK’s 5G infrastructure but only in ‘non-core’ elements, meaning it won’t have access to the more sensitive nooks and crannies of the networks.

This is an approach that Eir has followed too, using a mix of vendors Huawei and Sweden’s Ericsson – the latter accessing the core. This will remain the case, Lennon said.

“We’ve been very happy with (Huawei) as a supplier,” she said. “They have great kits, they have really top quality kit and we’re very happy with Ericsson doing the more sensitive core network.” 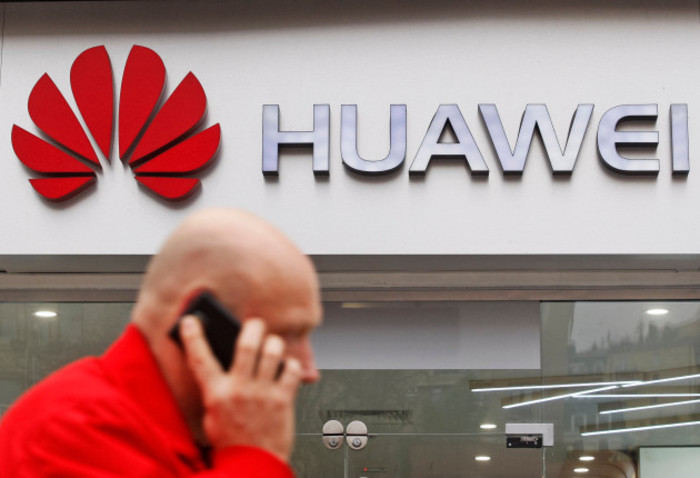 Eir has invested €150 million in its next-generation mobile network and has brought 20 cities and towns onto the network to date.

It remains early days though as 5G-enabled phones gradually enter the market and everyday use cases for the average consumer become a reality.

In the meantime, 4G will remain the best network that consumers can access and Eir continues to invest in improving the existing infrastructure around the country.

“I don’t think 5G will play all over Ireland. 5G will have a role but I don’t think it will be across the entire country,” Lennon said.

“We felt it was really important to get that bedrock of that 4G network right and improve our data and voice offering on 4G. At the same time, we want to compete with 5G. We want to be ready when people are ready for those services.”

Armed with a sleek advertising campaign, the network promised voice, texts and data for €9.99 for the first 100,000 customers. Lennon said it created a “sense of urgency for people to get on board”.

However there are no plans to bring 5G coverage to the GoMo network, she added.

Mobile is just one cog of Eir’s €1 billion investment programme. While much has been made of 5G in the headlines, Eir’s biggest investment has been in its gigabit fibre network.

It is pumping €500 million of that billion-euro programme into these efforts, currently reaching 50,000 premises. Ultimately the goal is to connect 1.4 million homes and businesses to this network.

Lennon said that investments in rural, suburban and urban fibre connections will play a complementary role of sorts to the National Broadband Plan.

“That will mean ubiquitous fibre coverage in Ireland, which again will put Ireland at the top of the world in terms of broadband and broadband underpinned by fibre.

“The National Broadband Plan runs in line. (By) the time we get to the end of that, Ireland will be extremely well positioned,” she said.

Lennon took the chief executive mantle nearly two years ago and assumed the reins on these investment plans for the next several years.

Also on her to-do list was mending the telco’s relationship with customers.

“It’s well documented that we’ve never excelled in Eir in customer care and I said I was going to make it a priority for myself and I wanted to turn care into an advantage or differentiator for Eir going forward,” she said.

Part of this strategy has involved bringing customer support in-house. It opened a new support centre in Sligo last year to accompany its other centres.

“Anyone you talk to when you ring up customer care, whether you get Limerick, Cork or Sligo, they all work directly for Eir. That’s part of our strategy to improve the offering we give to the customer.”

This shift has occurred under the auspices of Eir’s new owners, two firms controlled by French telecoms mogul Xavier Niel, which acquired a majority stake in Eir in late 2017.