IRISH-OWNED BOOKSELLER Eason has announced that will be getting a new boss this summer.

The books, news and stationary retailer confirmed that its head of group finance, IT and logistics, Liam Hanly, will succeed Conor Whelan as managing director.

He will be charged with implementing a major investment plan at the historic retailer.

After more than seven years at Eason’s helm, Whelan is to step down at the end of June “to pursue other interests”, according to a statement from the company.

He will remain at the business for the next few months “to ensure a smooth transition”.

Whelan told the Irish Times that he has no concrete plans right now, but he hopes to take time off to travel with his family. Management and employees were informed of the change in leadership this morning.

Whelan was appointed managing director of Eason in 2009. He first told the company’s board earlier this year that he had plans to step down.

He is also the outgoing chairman of Ibec group Retail Ireland. Fora understands that Whelan’s tenure at the industry body is also due to come to an end shortly.

New boss Hanly joined Eason in 2010. He has previously held senior management positions at a number of Irish retail and wholesale businesses, including McCabes Pharmacy and Xtravision. 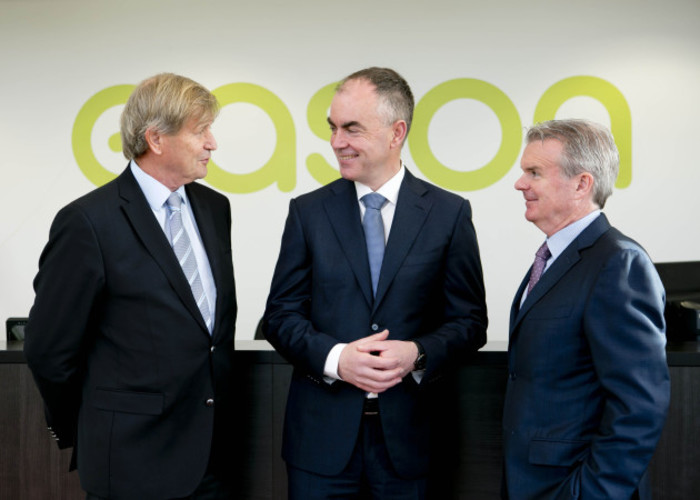 Eason chairman James Osborne said the company’s board was “very pleased to have someone of Liam Hanly’s calibre to take over from Conor Whelan”.

Osborne thanked Whelan for the “huge energy and commitment” he brought to his role as managing director.

Commenting on his appointment, Hanly said he was “honoured” and was looking forward to “implementing our vision for Eason 2020”. The plan involves a major refurbishment of the chain’s flagship O’Connell St store, among other investments.

Whelan said he enjoyed his nearly eight years heading up the company and felt “confident the business is set up for continued success”.

Eason was established 130 years ago. It employs more than 1,000 people and operates 65 stores throughout Ireland.

It reported sales of more than €147 million during the 12-month period, up from nearly €135 million the year before.