TRAINING SCHEMES, LICENCES and helmets. These are a few of the recommendations the Road Safety Authority has made if electric scooters are to be properly legalised in Ireland.

Currently electric scooters, or e-scooters, live in a legal limbo of sorts, and while none of the major scooter-sharing startups have launched here, personally-owned vehicles have taken to the roads in Irish cities.

This week, the Road Safety Authority published its full report into e-scooters and broadly recommended the legalisation of the vehicles with the caveat that there will be clarifications needed around matters like safety and where the vehicles can be operated on the road.

It said there is still a lack of evidence to inform best practices in regulating e-scooters, but it calls for legislation that encourages the wearing of protective equipment like helmets and training for people before using e-scooters in public spaces.

Furthermore it calls for policies that clarify who is permitted to use e-scooters, through licence requirements and age limits.

Guidance is also needed on safety standards around weight, size and lighting – “possibly enforcing these standards through a type-approval system or certification process” – and on where they can be used such as roads, footpaths or cycle lanes, it added.

As the law stands, e-scooters would be considered mechanically-propelled vehicles under the Road Traffic Act 1961, meaning they require a licence, tax and insurance but that hasn’t stopped their uptake.

The report admitted that “direct evidence of the benefits of powered transporters (e-scooters) is limited” but there was potential for reducing traffic congestion, improving air quality and providing an alternative to motor vehicles.

“Since, for most governing bodies, there are clear local, national and international targets to reduce greenhouse gas emissions and improve air quality, an outright ban on powered transporters would seem counterintuitive,” the report said.

The popularity of e-scooters has ballooned globally in recent years, both through private ownership and rental services. 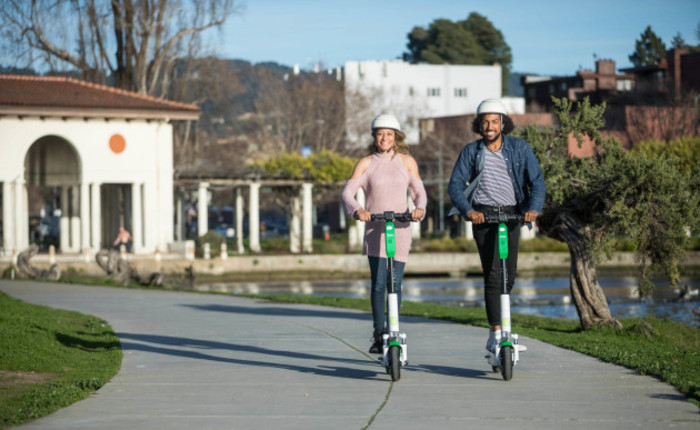 However it has brought with it a slew of challenges and criticisms in many cities.

Paris for example has been introducing new local laws to restrict where scooters can be parked to avoid obstructions. Meanwhile in Copenhagen, police caught over 400 people using scooters while under the influence of alcohol this summer.

The Road Safety Authority report makes the case for “robust research trials” in Ireland and allowing limited use away from high-speed roads while legislation is being crafted.

The UK, for example, is facing similar questions around the legality of the vehicles and in London, e-scooter company Bird has been operating a trial run within the confines of the Olympic Park.

The report goes on to say that any guidelines in Ireland should be developed in consultation with local authorities, An Garda Síochána and companies that provide e-scooter services – examples include Lime and Bird, which are active in several European cities.

A consultation has been opened by the Department of Transport seeking input from the public between now and 1 November.