DÚN LAOGHAIRE-RATHDOWN COUNTY Council is taking the Dún Laoghaire Harbour Company to the High Court over a disputed funding arrangement between the two organisations.

The council previously entered a contractual agreement with the state-owned firm that operates the harbour to part-fund a proposed urban beach development in Dún Laoghaire.

A feasibility study for this project was first conducted in 2012 and the development was given the go-ahead in May 2015. It is understood the harbour has requested funds for the project to be delivered.

However, due to the alleged lack of progress on the project within the agreed time, Fora understands that the council has gone to the High Court in order to have its contract to co-fund the project declared null and void.

It is understood the council has already paid thousands of euro on arbitration fees in order to resolve the dispute over the urban beach out of court.

The idea for the project was inspired by the Badeschiff facility in Berlin and would have included a wind-shielded café, an artificial beach at the east pier, a floating river barge with heated, treated seawater, as well as toilets and changing rooms.

The total cost of development would be in the region of €3 million. There was an understanding between the council and the harbour that up to €1.5 million of the project would be funded by the council. 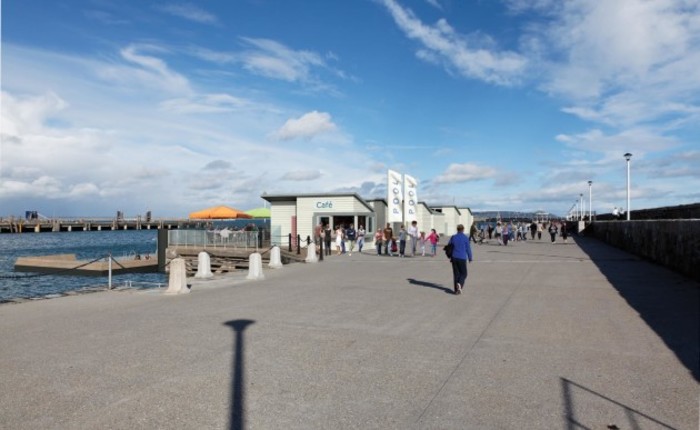 It was predicted the urban beach would attract more than 150,000 visitors a year and take in roughly €1 million through admission fees.

The development was expected to be open in time for the summer 2016 season. However, since planning approval was granted over two and a half years ago, no significant progress has been made.

When contacted by Fora earlier this week, Dún Laoghaire Harbour chief executive Gerry Dunne said he was unaware of the legal proceedings. He said he had no comment on the matter.

The local authority wouldn’t comment on the legal proceedings or the future of the urban beach plan.

The urban beach project is one a number of major developments proposed by the harbour company over the past decade, including plans for a large cruise ship terminal and floating homes in the harbour.

However the viability of the €60 million-plus cruise terminal plans have been questioned by the Dublin Harbour Company’s State owner, with the Sunday Business Post reporting that government officials had concerns about “the short- and medium-term sustainability of the company as a whole”. 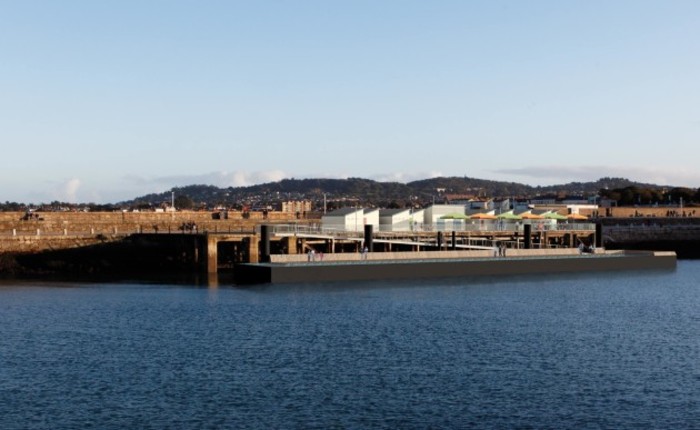 The legal proceedings brought by Dún Laoghaire-Rathdown council are the latest twist in what has become an increasingly strained relationship between harbour management and the local authority.

The Harbours Act 2015, brought in just over two years ago, provided for ownership of the Dún Laoghaire harbour to be transferred from the State to the local authority.

However since the Act was introduced, concerns have been raised at the council over the potential liabilities involved in taking ownership of the harbour company.

The previous figure included a €13.8 million loss on the revaluation of St Michael’s Pier after Stena Line axed its ferry route between the south Dublin locality and the UK.

Plans have since been unveiled to turn the building into a 1,000-person ‘innovation hub’ for tech and marine firms.

The harbour company’s 2016 accounts also showed it had received a €215,000 grant from the council for the urban beach project, although the funds were listed as “not yet in use”.

Meanwhile, the council has commissioned a third-party report to help it decide the best governance model of the harbour.

One local councillor, Fine Gael’s Patricia Stewart, said that the local authority “would love to have the harbour under (its) remit”.

“There is such potential there and we would love to get our hands on it and make it more open to the public,” she said.

A full risk assessment on the council’s taking ownership of the harbour is due to be delivered to councillors later this month.