AFTER YEARS OF consistent increases, the cost of renting an office in Dublin’s central business district is expected to top out over the next 12 months.

However, prices in the suburbs are still predicted to rise for the foreseeable future as companies look for alternatives to the capital’s city centre.

That’s according to property group HWBC, which today published its review of how the Dublin commercial property market performed in the first six months of the year.

The annual cost of renting an office in Dublin’s central business district rose by 8% to about €62 per sq ft.

It is thought that over the next 12 months rents will match Celtic Tiger era levels. HWBC said headline rents in the central business district are likely to hit €65 per sq ft in the next year.

However, it said that this would probably see prices “top out” and finally stop rising “as new supply provides more choice for occupiers”. 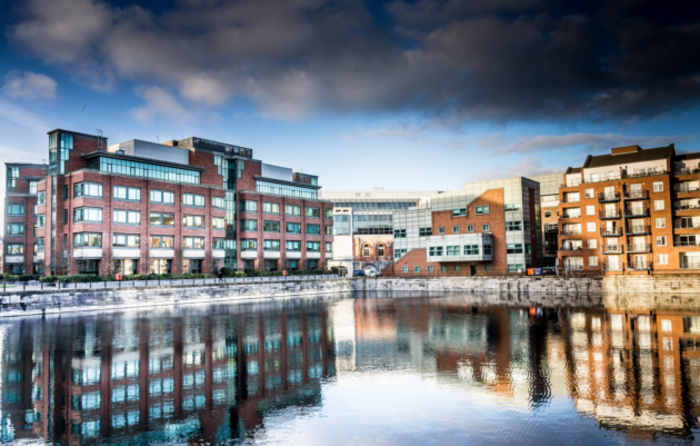 The cost of renting offices rose slower in the suburbs, only increasing by 2% to €28.50 per sq ft.

However, the report said that suburban rents are a “little earlier in their recovery phase” and are expected to keep rising to around €35 per sq ft for the best buildings.

“This is a similar level to the peak in 2007 and provides a lower cost alternative for those companies not requiring a city presence,” it said.

HWBC managing director Tony Waters said that it is no surprise that prime office rents will likely reach their peak next year given the huge amount of commercial property under construction in the city centre.

“That shouldn’t be a cause of concern for investors and landlords given there remains strong tenant demand, with 90% of space new space being let on completion,” he said.

“The economy and employment levels are still growing, which is the principal driver of office demand, with the likely kicker of further Brexit-related demand to come.”