However, accounts for the Spencer Dock Convention Centre Dublin show that its full-year profits were down overall due to it receiving less income from investments.

Overall, turnover was just under €24 million during 2016, up from about €23 million the year before.

This helped the company make an operating profit of €5.5 million in comparison to the €5 million it recorded last year.

It took in a massive €14 million on “interest income on a fixed financial asset”. This was roughly in line with the year before, however in 2015 the business also recorded a gain of €7.6 million on the “fair value movement of a derivative instrument”.

These instruments are used to hedge interest rates on the company’s loans. It recorded a gain of €1.5 million on the movement this year. 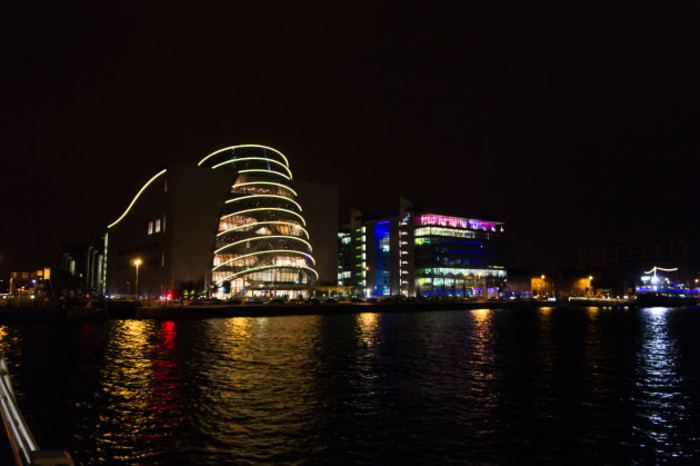 When this was taken into account, along with the company paying taxes of €1.1 million, the firm made a full-year profit of €11 million, down from €16.5 million in 2015.

The directors’ report said that the company generated profits before tax of €11 million compared to €10.2 million before the derivative instruments were taken into account.

“The company has made a good start in 2017 with significant year-on-year growth in its future order book. It continues to perform above expectations and meet all targets set by stakeholders,” it said.

Started in 1998, the Convention Centre Dublin was finally completed in 2010 after years of delays.

The facility can hold 8,000 people, and regularly hosts high-profile conferences and business speakers from Ireland and around the world.

The building was acquired by the Irish Infrastructure Fund in 2015. The fund is backed by Ireland’s sovereign wealth fund, the Ireland Strategic Investment Fund.