DUBLIN HAS TRUMPED London but lost out to Frankfurt in a new survey that tracks the global reputation of cities.

London trailed behind in 22nd place, while Frankfurt knocked Paris out of the number 16 spot.

Dublin and Frankfurt, a German financial hub, are often pitted as rival bidders for UK financial services companies that are considering relocating following the result of the Brexit referendum.

Around 20,600 people from eight countries – Canada, France, Germany, Japan, Russia, the UK and the US – completed the online questionnaire.

They were asked to rate their “gut feelings” about certain aspects of 55 cities, such as how effective its government is and whether the city offers a “favourable environment” to do business. 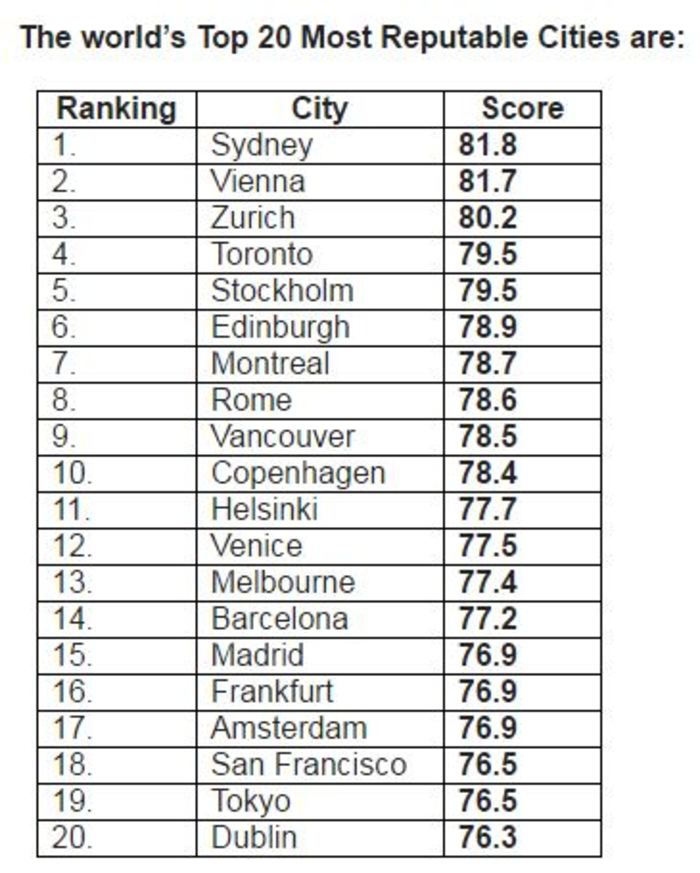 According to the 2016 City RepTrak, Dublin is considered a “financially stable” city that “has great potential for the future”.

It scored well for having an effective government, advanced economy and appealing environment.

Other metrics that were rated as “strong” were its political and legal infrastructure, transport and communications infrastructure and technological advancements.

“Securing investment for Ireland has, and continues to be, highly competitive as each country and major city seeks to highlight a business case for target investors,” he added, welcoming the result of the survey.

Niall Quinn, head of corporate and financial PR at the Reputations Agency, said it “was encouraging that Ireland’s capital city has seen both an improvement in its reputational score and ranking among the top international cities”.

“Ireland now ranks ahead of major European cities such as Paris, London and Berlin but is still marginally behind cities such as Frankfurt, Madrid and Barcelona which are considered competitors to Dublin,” he added.

Sydney claimed the number one spot for the second year in a row, followed by Vienna and Zurich in second and third position.

Egypt’s capital Cairo came in last place. Also at the bottom of the table were Rio de Janeiro in Brazil, which hosted the 2016 Olympic games, and Russia’s capital, Moscow.