YESTERDAY, DONALD TRUMP fleshed out what could be the biggest change to the US tax system in decades, under which both personal and corporate taxes would be cut for many.

The US president has long flagged his intent to cut taxes in an effort to improve the American economy.

This has provoked some concern in Ireland, as Trump and several of his advisers have continually singled out the country for being successful at attracting US companies.

There are still some question marks over this plan: it was not completely outlined how the tax cuts would be paid for, and it is uncertain as to how much Trump will be able to get through a divided Congress unchanged.

With that said, here’s a quick rundown of the key areas for Irish businesses, the main one being the proposed cut in the US corporate tax rate.

Under the plan, the US corporate tax rate would be slashed from 35% to 20%. This is, obviously, less of a cut than the 15% target the Trump administration had previously outlined.

The figure of 15% received much attention here when it was announced as it would have brought the US tax rate virtually in line with Ireland’s 12.5% offering.

Ireland is a huge beneficiary of US companies, with American firms employing about 140,000 people here. Several things make Ireland attractive, such as its native English speakers and well-educated workforce.

However, many fear that Ireland is too reliant on its corporate tax offering to attract US companies, and that a lower US rate, even at 20%, could damage investment in Ireland.

Nevertheless, local analysts have played down the potential impact of a lower US tax rate.

Mazars international tax partner Cormac Kelleher said that if the US rate is chopped to 20%, “then Ireland will still be in a very strong position rate-wise”.

“The differential is still broad enough to provide Ireland with a competitive advantage,” he said.

“Any announcement with firm proposals could be positive from an Irish perspective. We have seen a ‘wait and see’ approach being adopted by US entities and they might now start to undertake transactions and make investment decisions.” 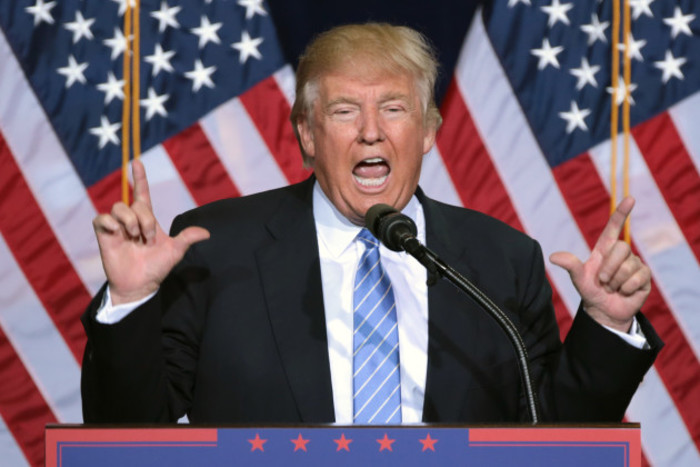 Davy Research economist David McNamara struck a similar tone in a briefing note this morning. He said: “Much attention has focused on the threats to the Irish FDI model from these potential tax changes.

“However, a cut in the headline US tax is not a direct threat to investment in Ireland given that US multinationals can deduct Irish tax from their US tax bill. Rather, Ireland is competing with other EU nations for US investment in the (EU) single market.”

The other major aspect of the tax plan relevant for US businesses in Ireland is the proposed ‘tax holiday’.

Many US companies hold billions of dollars offshore in countries such as Ireland. They keep their money here as they would have to pay US corporate tax on the cash to move it back to their home country.

The ‘tax holiday’ will offer companies a reduced corporate tax rate to bring their cash back to the US if they do so within a certain timeframe. It is hoped that this will lead to more investment in the US.

McNamara said that the ‘tax holiday’ “raises the prospect of US multinationals paying a higher share of their taxes outside the US going forward, which could benefit countries such as Ireland”.

“However, the tax plan at this stage is short on detail to fully judge the potential impact and it will likely face strong opposition in Congress,” he said.