THE DINGLE PENINSULA is one of the most popular tourism destinations in Ireland, with the thousands that descended on the seaside town last year bolstering Kerry’s 25% growth in tourism in 2017.

Dingle, and Kerry for that matter, need tourism. The farming and fishing industries have made way for flocks of people visiting the area for its natural beauty and serene, slowed-down way of life.

But is there a limit to how much of that tourism industry towns like Dingle and Westport can take? With a wave of anti-tourism sentiment rising across Europe, are there serious concerns from locals here – and if not, why not?

Although there has always been some disquiet about the floods of tourists in Dingle, Caroline Boland of the Dingle Peninsula Alliance says that every year the problems differ.

She adds that they’re constantly keeping in touch with businesses and residents to ensure problems are resolved “before they get out of control”.

“It’s not just about the six weeks anymore – tourists are coming in the wintertime,” according to Boland, who says there’s a strategy to spread tourists around the county and throughout the calendar year.

“If there’s an overflow of people, we try to send them to Ballyferriter or Castlegregory.”

For destinations like Barcelona and Venice, which have seen anti-tourism protests that have resulted in bus tyres being slashed, and locals wearing t-shirts with anti-tourism slogans, the tourist season is concentrated on the summer months. 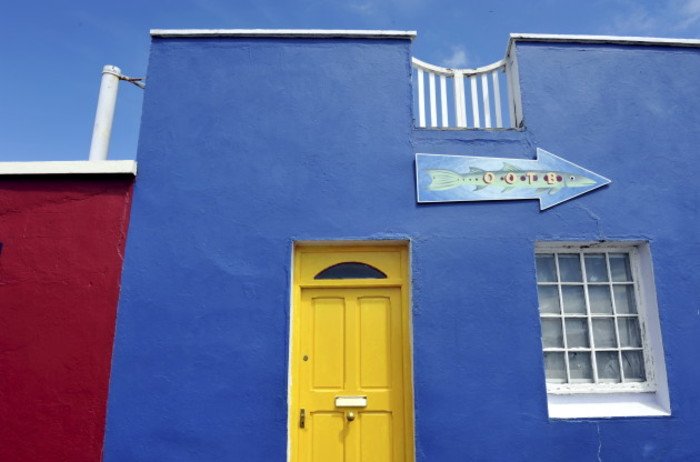 Colourful facades on the streets of the village of Dingle
Source: Rolf Haid via PA Images

But Dingle is different, Boland says.

“Whether you go to Venice or Miami beaches, they’re always crowded,” Boland says. “But here, Ventry beach or trails outside of Dingle won’t have many people.

“There are no protests here. But we have to work hard to make sure we don’t go down that route – tourism is never the same day-to-day.”

Travel journalist Eoghan Corry says that the problem is that the anti-tourism sentiment we’re seeing now in the form of protests “was marginalised and ignored” by European authorities and tourist groups until recently.

“The issues have to be addressed even at an early stage. There is no doubt that tourism is putting local infrastructure under pressure in Ireland, in Dublin on a big cruise ship day, and in areas like Liscannor to Fanore are over-touristed where the pressure of visitor numbers is huge.

“In Dingle, there is a strong sentiment that it is over-touristed, I would argue the opposite – but councils are happy to take the tourist income without investing in infrastructure.”

To combat some of the concerns locals have, authorities and businesses are aiming to ‘spread the visitors and spread the season’.

The area has the Other Voices music events on in December, the Storm Festival in February, the Dingle Walking Festival in the spring, and the Páidí Ó Sé football festival – meaning those with an added interest are more likely to time their visit to coincide with one of these festivals.

In total, there are 45 festivals on the Dingle peninsula each year. 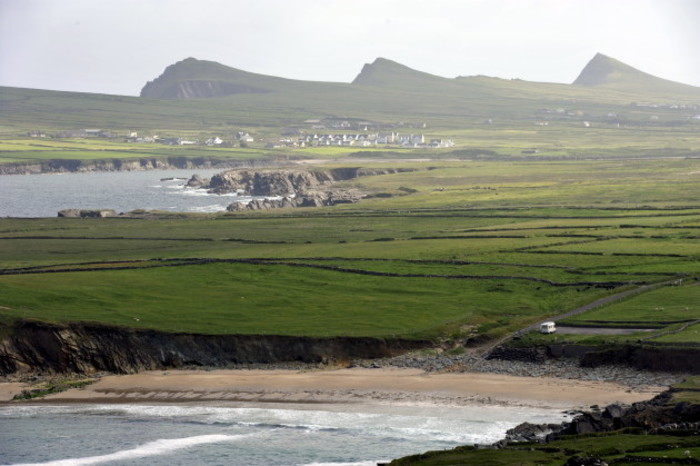 There is, of course, a whole new interest in Ireland now because of Skellig Micheal’s cameo appearance in the latest Star Wars flick – and requests were recently made to extend the visiting season to the rocky island – and swiftly rejected.

Suggestions have been made before by a Kerry tour operator that a voluntary tax should be asked of tourists visiting the area that would be reinvested into the area.

“That’s too radical. What you need is something measured in a way that respects visitors to the area and the local community.”

Tourism Ireland told TheJournal.ie that it has received no reports of anti-tourism sentiment because tourism ‘honeypots’ like the Cliffs of Moher have “effective visitor management systems in place”.