INVESTING IN A soccer club is often a passion project – and so it seems for Philip O’Doherty, who is almost single-handedly keeping Derry City FC afloat.

The most recent accounts for the League of Ireland sideshow that the club made a relatively small loss of around £34,565 (€38,878 at current rates) in the year to the end of November 2016, up from the £5,732 loss reported the year before.

Despite the deficit, the club is on track for a windfall in its next financial year. After finishing fourth in the local league, Derry City will compete in the Europa League this summer.

“Entry to the Europa League will guarantee the club a minimum of €220,000 in the 2017/18 year which should provide the club with a substantial income stream to meet its operating costs,” a note on the directors’ report says.

However, it’s unlikely would be in this position if it were not for the support of O’Doherty, who has provided hundreds of thousands of euro to the club.

The company employs about 700 people at its Donegal base, in the small town of Burnfoot, and a total of 1,200 worldwide.

It is a hugely lucrative business, making net profits of more than £19 million in 2016. O’Doherty holds slightly over a fifth of the shares in the company, meaning he has received millions from the firm in the form of dividends.

For example, E&I paid out a dividend of £17 million to its owners in 2016. An entity called Powerbar Ltd based in Cyprus owns just under two-thirds of E&I.

As well as overseeing E&I’s growth, O’Doherty has also served as the chair of Derry City FC. 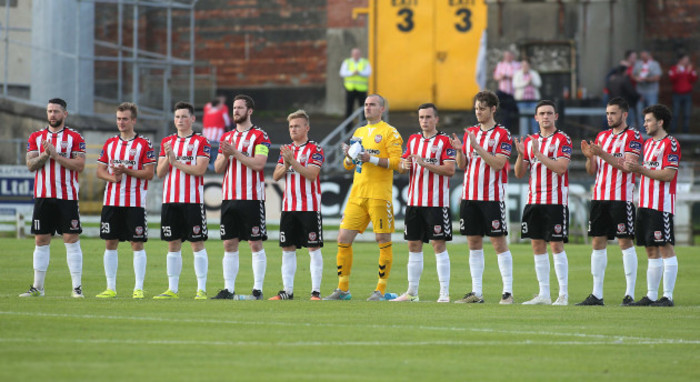 O’Doherty became chair of the team in December 2009, taking over from Pat McDaid when the club was expelled from the League of Ireland over irregularities in player contracts.

The latest accounts for Derry City show that as well as serving as its chair, O’Doherty has also financially supported the club, which had net assets of around £31,000.

The director’s report said that the club’s income for the year “includes a donation of £225,000 from Philip O’Doherty”.

“The guaranteed UEFA income (from Europa League participation) and together with the current ongoing financial support provided by O’Doherty should ensure that the club has adequate resources to meet its operating costs,” it said.

“Without the current funding provided by O’Doherty and the guaranteed UEFA income stream, it is unlikely that the company would be able to operate at its current level as a going concern.”

This largely echoes statements from the club’s 2015 director’s report, which said that O’Doherty provided the club with a £65,000 donation.

The report said that without the funding assurance provided by O’Doherty, it is unlikely that the club would have been able to “operate at its current level as a going concern”.

The club said that it was hopeful that it would be able to generate more cash through its redeveloped home grounds the Brandywell Stadium, which was recently upgraded by Derry City Council.

It is hoped that the team will be able to play in the redeveloped stadium in the next few months.