DENTAL CLINIC CHAIN Dental Care Ireland wants to expand its presence from five counties to every part of the country over the next decade.

Since 2015, the firm has quietly bought up 11 dental practices and is on track to acquire four more by the end of next year.

Chief executive and co-founder Colm Davitt told Fora that adding four or five practices every year over the next 10 years “is a reasonable goal for us”.

“That’s what we feel is a sensible pace to grow at, ” he said. “Anything more than that is probably a little bit too fast.

“Our stated aim is to have at least one practice in every county and we see in the cities that we’ll have more than that.”

The former head of diagnostic healthcare provider Euromedic – which has since rebranded as Affidea – Davitt set up Dental Care Ireland two years ago with his brother, Kieran, who is a dentist in Galway.

The business model is based on buying up existing practices and rebranding them under the Dental Care Ireland moniker.

The company tempts dentists to sell their private practices by offering to save them from administrative tasks and by upgrading their equipment and facilities. 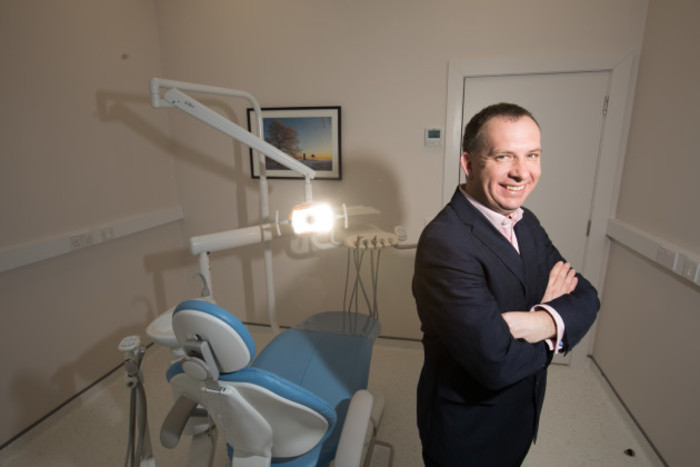 “Typically, when the dentist owned the practice, they would’ve been responsible for managing the staff, for managing the facilities, for dealing with a lot of the day-to-day stuff,” Davitt said.

“That’s where we try to put in systems and processes and support structures to take that away from the principle dentist.”

Davitt estimated that dental practitioners spend “up to 17%” of their working week on the management and administrative side of their business.

“That time is significantly reduced under our model,” he said. “They are then free to focus more on their clinical time and their patients.”

The fact that his brother works in the field “is certainly of help”, but the concept for Dental Care Ireland was inspired by Davitt’s seven years at the helm of Euromedic.

“I got to understand a lot about healthcare and the sensitivities around that,” he said.

“(Euromedic’s model) was executed through a buy-and-build strategy similar to what we’re doing here in the dental space.”

Davitt said he also looked at international trends in oral healthcare and spotted a rise in dental chains in other parts of the world.

“If you look at other countries like the USA, if you look at Australia, the UK, the concept of groups of dental practices is more evolved than it is in Ireland,” he said.

“Ireland is predominantly single-handed practitioners. I guess over a period of time that may evolve more towards the sort of concept that we have.”

He also said that a growing number of newly qualified dentists “may not necessarily want to own their own practice”.

“Compliance is bigger, HR requirements are bigger. There’s the funding aspect of setting up (a business),” he said.

Davitt said that the only other dental group of significant scale in Ireland is Smiles Dental, which UK group Oasis Healthcare bought from founder Emmet O’Neill for a reported €36 million in 2014.

“I think where we’re different is that the practices that we are acquiring are very longstanding. They have longstanding, loyal patient bases,” he said.

“We’re more in the local community in the suburbs. I think the Smiles model is a little bit more high-street retail.

“I think there is a fair difference between the two business models.” 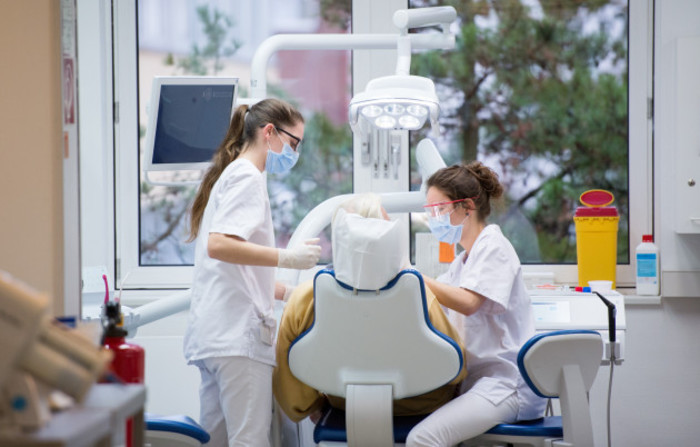 When asked to put a price tag on a clinic, Davitt said “each one is different and it depends on all sorts of factors” such as location and the range of services it already offers.

Some practices require “significant investment” to bring them in line with Davitt’s vision for the Dental Care Ireland brand and its offering, which can include extra services like orthodontics.

Dental Care Ireland has not yet filed annual accounts, but Davitt said the firm has an annual turnover of €10 million. Company filings show the Davitt brothers and a London-based vehicle called Zeme Capital have together pumped €400,000 into the company.

However, Davitt said the acquisitions trail has been equity-funded and “the investment to date is several million euro”.

In the long-run, the business may evolve to offer services in other health services - but that’s unlikely to happen any time soon.

“The next stage of evolution could well be a broader healthcare business,” Davitt said.

“To be honest with you, we’re so busy with the dentistry and I don’t see that changing for the next five-plus years.

“Acquisitions require a lot of effort in terms of relationship management, in terms of the processes that we go through, in terms of integration. There are a lot of moving parts in what we’re trying to do. It’s busy. That’s our primary focus.”