A SURVIVAL PLAN allowing the Debenhams department store chain to exit examinership has been cleared by the High Court.

Under the terms of the plan, the retailers’ 11 stores are to remain open and the vast majority of the company’s 1,400 directly employed staff, some 500 concession staff and 300 cosmetic staff are to be retained.

There will be some 98 voluntary redundancies, but no compulsory ones. The company operates four stores in Dublin, two in Cork and others in Galway, Limerick, Newbridge, Tralee and Waterford.

The scheme, put together by the retailer’s examiner, KPMG’s Kieran Wallace, and agreed by the majority of Debenham’s creditors, was formally approved by Justice Caroline Costello at the High Court today.

Last May, Debenhams Retail (Ireland) sought examinership because of consistent losses sustained since the recession in 2007, high rents and the withdrawal of support from its UK parent company – Debenhams Retail. The company said it owed its parent €46 million, which was unsustainable.

The company will exit the examinership process on 25 August. The only objection to the scheme was brought on behalf of a woman who had brought a personal injuries claim against Debenhams. Under the terms of the scheme, she would get 5% of any payment due.

Neil Steen Bl, representing the examiner, said the scheme had been approved by the vast majority of creditors and classes of creditors. Only one class of creditors had rejected the plan, counsel said. Counsel said that the company had secured significant cost savings that would allow it to continue to trade. The examiner reached an arrangement concerning rent agreements the company had with the landlords of seven of its stores.

In addition, counsel said proposals put to the employees’ unions Mandate and Siptu had been accepted. Some 83% of the workforce had voted in favour of cost-saving proposals, counsel said.

It had also been agreed that there would, for a period, be a reduction in the price charged on goods sold to Debenhams’ Irish companies from interconnected firms.

Supporting the application, Rossa Fanning Bl said the company had not entered the examinership process lightly. It did so after incurring losses of €22.6 million in the last three years. 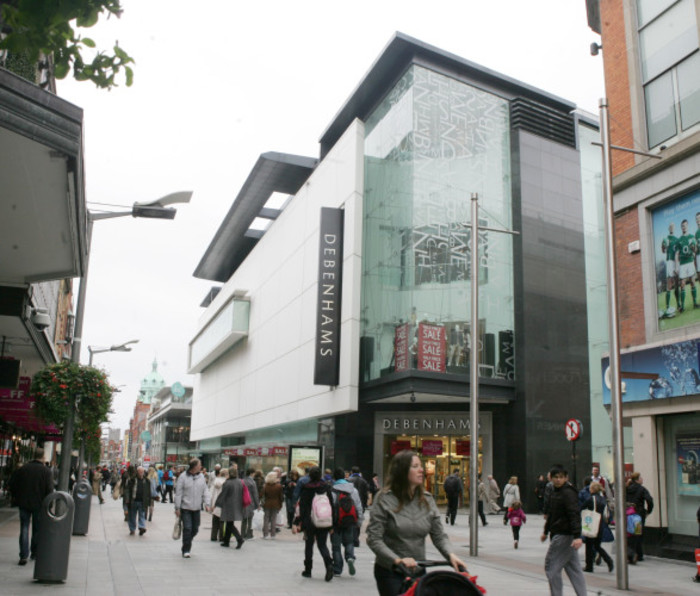 Justice Costello, in approving the scheme, noted that a number of cost-saving measures had been agreed that would allow the company to continue to trade as a going concern.

The judge noted there had been agreement with various parities in relation to rents, which it had been claimed dated back to the Celtic Tiger days.

The company had also secured investment from its parent company, she said. The judge also welcomed that the vast majority of the workers would retain their jobs and that any redundancies in the company would be voluntary.

The numbers of people employed directly and indirectly by the firm were significant, she said.

While she sympathised with the person who had brought a personal injuries claim against the company, the judge said the reality was that all creditors in examinership suffer a significant loss.