The firm has used virtual reality and augmented reality to provide a digital learning service called Engage, which is used by researchers at Oxford University.

Earlier this year, Immersive VR Education started trading on the London stock market the same day it became the first indigenous tech firm to IPO on the Irish Stock Exchange’s enterprise securities market (ESM) since its inception in 2005.

It raised €6.75 million following the dual listing, and is currently valued at around €36 million.

As part of our weekly question-and-answer series, we spoke to CEO David Whelan about what business leaders can learn from rugby players, the perils of hiring cheap developers and why entrepreneurs should never skip meals. 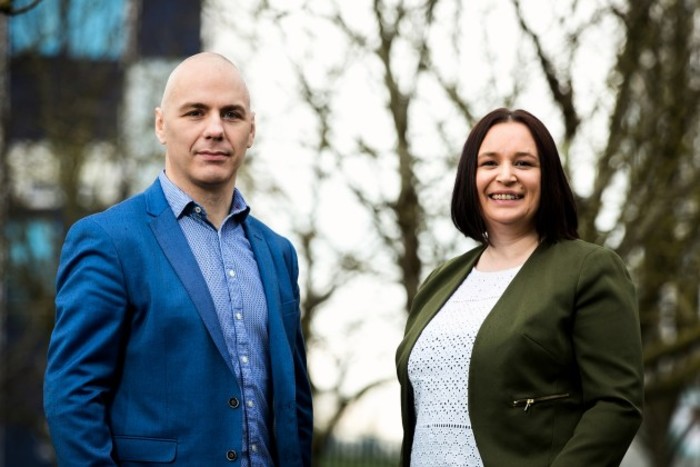 To play rugby for Ireland. I was a mad keen rugby player and played for the first 30 years of my life. I’m not the tallest person in the world, but I wanted to play in the forwards. It gave me a competitive streak.

People would say, “You can’t play there,” or “You’re too small to do this.” I liked proving them wrong. It put me in good stead for the rest of my life and gave me good discipline.

In the job that we’re doing now at Immersive VR, you look at people’s personalities as much as their skills. It’s the very same in rugby. You have some great, skilled people on the rugby team, but they all have to mix together and work as a unit.

I used to be a bouncer in Waterford city at a nightclub. It was pretty bad, to be honest. That was probably the worst job I had to do. You get a lot of ‘agro’ doing it.

I’ve had so many different jobs. Only eight or nine years ago, I was mixing cement on a building site. I enjoyed it, but that was a very tough, physical job.

One day, I was standing on a site and it was raining. I said to myself, “I’m not going to be standing here next winter, freezing cold.” So I taught myself to do web development and I kind of kicked off my career from there.

I’ve had a huge selection of jobs. I was an oyster farmer at one stage and worked with a milkman. I was a janitor in Fás years ago cleaning toilets. I’ve done a huge, huge array of stuff.

But it’s all helped me get me to where I am today because I can see things from different people’s point of view.

I would say, on paper, I’m the least-qualified person in my office. I never went to university or college. I wanted to play rugby and went to Australia and Canada to play.

If you were to look at my CV on paper compared to a lot of people here, who have PhDs and stuff like that, I have zero qualifications.

But all my working life, I’ve gathered lots of experiences on how to deal with people and talk through issues. That’s really helped me get to where I am today.

This is the first business I’ve ever scaled. I’ve come from being a sole trader and had to get a €1,000 loan to start this business. It’s been a learning journey all the way through.

To be honest, where I am today is because of the decisions I’ve made in the past. I’ve done pitches that were unsuccessful. You could call them mistakes, but I did learn a lot from them. 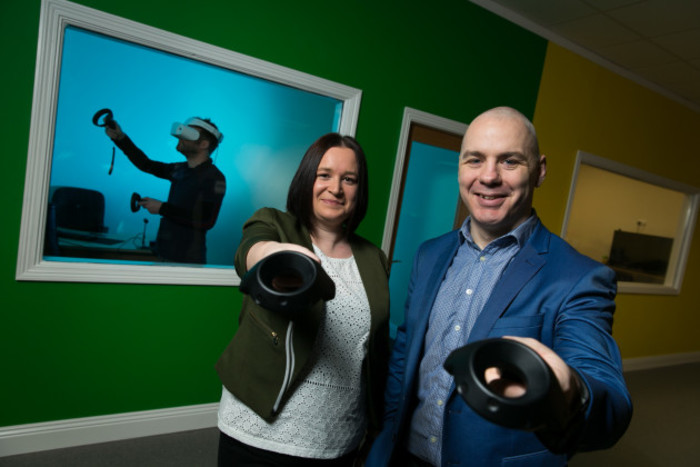 Definitely something I underestimated at the start was how much money I needed to raise. When I was scoping out the tech we needed to build our virtual reality university, I literally just looked at how much the software would cost to develop.

What I didn’t factor in was how much it would cost to get customers onto that platform – things like marketing, travel expenses.

I learned very quickly: it might cost you X amount to create the technology, but you need three times that amount to make sure you can get to market in the right way, that you can talk to the right people, that you have marketing in place and can scale the business appropriately.

I know my limitations. If I’m not an expert on something, I know how to go out and approach people and get their advice, but I can be quite stubborn as well.

Sometimes in work, if I have my mind set on something, I’m very stubborn and it’s very hard to change my mind. Sometimes I’d like to be able to listen more to outside influences.

I’m on a diet at the moment. My cheat day is Friday, so that’s currently my favourite day of the week.

But in work, my favourite day is Monday. I work most weekends. What happens during the week is, I’m always really busy. I have people coming in and out of the office asking me questions.

I normally get a lot of my work done on a Saturday or Sunday morning. On Monday, it’s good to then get into the office and dole out the plan for the week and talk to my team leads.

The rest of the week, I’m mostly dealing with interviews or travelling or meeting prospective clients. Monday I feel is a very productive day.

The best piece of advice I ever got was, buy cheap and you’ll buy twice. It’s an old saying, but my father said that to me years ago.

If you try and skimp on what you’re trying to develop – getting low-cost developers or low-cost equipment – you will end up having to pay again or you will end up wasting time. That was the biggest thing I found at the start.

Always go for the best you can afford and you won’t go wrong.

Skipping lunch. I remember when the business was starting to get really, really busy, I wasn’t eating the correct food.

I started to pile on weight. I would get into work at 8am and then I’d leave at 6pm or 7pm and I’d be starving because I wouldn’t have left my desk all day. I’d end up buying a takeaway on the way home. It was really affecting me.

Because I was putting on weight, I was getting more tired. I was less and less fit. That crept up on me quite quickly.

I decided I had to start taking the break at lunch time and training in the evening. That actually helped me be more productive because I was more alert.

Just because you’re working every hour of the day doesn’t mean you’re productive. You definitely need to take breaks from time to time.

My personal heroes would have been sports heroes when I was growing up.

I really like what Tiger Woods achieved when he was younger, and it’s great to see him come back. Brian O’Driscoll as well. He was a fantastic player and his leadership skills on the pitch were fantastic.

Business and sports are hugely similar. All business means is, it’s a group of people put together to do a task and people will hopefully buy into that. Sports teams are the very same.