THE €65 MILLION overhaul of the Curragh racecourse is set to get underway with the company behind the development issuing a multi-million euro notice for the first major work at the site.

Curragh Racecourse Limited, which was set up to oversee the upgrade of the famous racecourse and training grounds, has just issued a contract notice for the first phase of works on the project.

A spokeswoman for the Curragh also told Fora that it is expected that work on the development will start in October.

“Work is expected to start, subject to planning approval, in October 2016 and we would hope to finalise the redevelopment by the middle of 2018,” she said.

The initial phase involves the demolition of the east and west grandstands and to install several vital facilities, such as wastewater infrastructure.

The phase will also include the installation of services, such as power, drainage and water, to make sure that temporary facilities will be put in place to ensure the 2017/2018 racing season goes ahead smoothly.

It is estimated that this phase will cost between €3.5 million and €4.25 million. 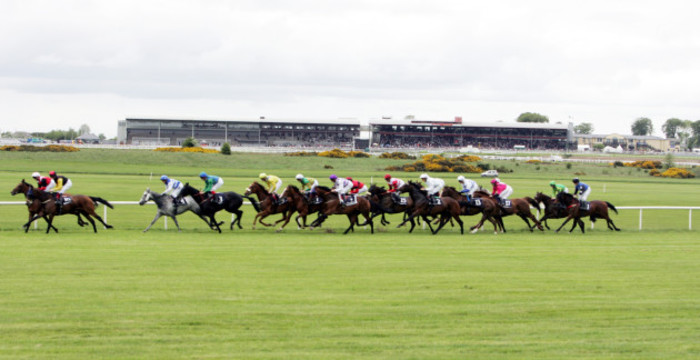 The redevelopment of the track was initially announced in last October. While the track is known internationally as one of the best in the world, the facilities at its headquarters had become run-down and in dire need of a facelift.

The project will include a new grandstand and weigh room as well as a museum of Irish racing. It is planned that racing will continue at the track while the work takes place.

It is estimated that the revamp will cost about €65 million. It is being financed jointly by Horse Racing Ireland and a mix of high-profile private investors.

Some of the backers announced in October include billionaire racecourse owner JP McManus, Coolmore stud owner John Magnier and The Aga Khan.

Curragh Racecourse said at the time that it was in discussions with several other parties for more funding. It is hoped that the Curragh will be debt-free when the the redevelopment is completed.

Curragh Racecourse Ltd, which officially took ownership of the race course at the start of 2016, is chaired by Eir chairman and former ESB chief executive Padraig McManus.

Horse Racing Ireland, The Turf Club and private investors each own a third of the new company.