FOR ANY BUSINESS, overdue invoices can go from annoyance to major hurdle very fast.

If one customer who’s late on payment becomes a pattern, this could create serious problems around cash flow and credit control and in many instances can become unruly to manage.

For Brian O’Connor, founder of accounting software startup CreditCruncher, it’s not a problem that can be legislated for easily.

By law – instituted by the EU’s Late Payments Directive – companies are within their right to apply interest to overdue invoices.

The law’s central idea is to urge firms to pay their bills on time and keep everyone’s business trucking along efficiently. That’s the idea on paper anyway – the reality is different.

A report by small business representative ISME in January found that while many businesses were affected by late payments, 85% of respondents said they do not charge this interest.

“It’s very much the case they don’t want to risk the relationship with the customer,” O’Connor says.

“They just don’t want to alienate potential future sales by coming across as a bit of a stickler even though what you do is completely legal and completely within your right to do.”

CreditCruncher, based in Dublin, is trying to address the problem. It is a cloud-based credit management platform that helps small businesses control and automate many of their credit control processes.

It provides insight into a customer’s payment habits and cycles to help companies make better decisions.

O’Connor says businesses need to be more proactive in monitoring invoices and overdue payments, but this can be automated to an extent. 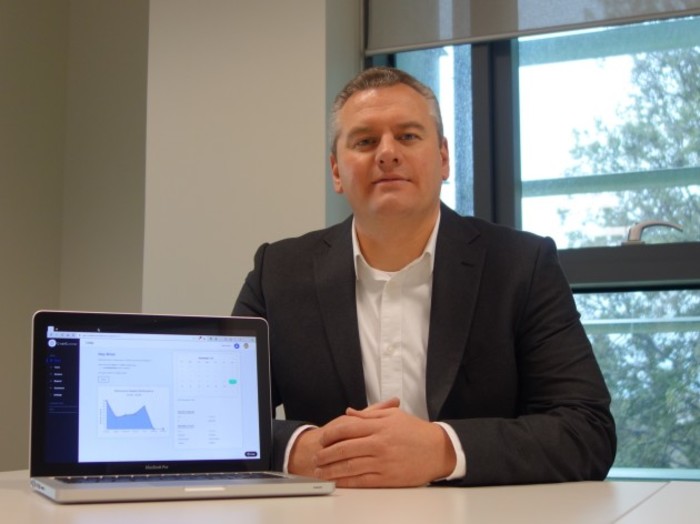 The industry is littered with various accountancy software tools but O’Connor claims that many are “quite limited”.

“They focus on one or two aspects of the credit control process. For example, one just focuses on sending out automated reminders,” he says.

“Credit control is much more than just sending out a reminder letter. There’s a whole process behind it. I found that although there are companies, their functionality is fairly limited.”

O’Connor’s career has had two tracks, first as an accountant and secondly in software as a consultant.

He has witnessed the problem of credit control from the perspective of managing the purse strings and experienced the lack of software tools.

“It’s disappointing that nobody has actually taken the time to properly solve it.”

He says this has created a “consistent problem” where companies are scrambling over spreadsheets and diary logs and falling behind on calls to customers asking them – politely – to cough up.

“The information was all over the place. We’re trying to bring all of that information into one simple, cloud-based app that links to your accounting application and pulls all the data,” he says.

“We try to automate the mundane aspects, if you like, of credit control to free the credit controller up to do what they do best, which is actually get on and talk with their customers.”

The startup completed Enterprise Ireland’s New Frontiers programme in DIT; it had its soft launch last year and has been signing up its first batch of customers.

It has set a target over 500 customers in Ireland, the UK and North America by the end of 2019.

CreditCruncher is a software-as-a-service (SaaS) business that charges companies based on the number of active customers it has. This ranges from €40 to €90 a month.

The platform integrates with existing major accounting software programmes like Xero with integrations for Quickbooks and Sage coming along down the line.

The “quite nimble” solution can be applied to any sector as credit control is an issue for pretty much every business.

But O’Connor has aspirations beyond the SME space.

“Over time the goal is to have integrations into enterprise level applications as well. We’re starting very much with the SME market with a plan to move up to the enterprise market over time.”

Existing integrations are relatively straightforward, he says, but large companies may present some technical challenges compared to SMEs.

“Now when we get into the enterprise space, particularly if you’re behind firewalls and on-premise servers and all the rest of that, that’s where it becomes more of a technical challenge,” he says.

“I see that more on the enterprise side rather than the SME. It’s one of the reasons why we started the integrations on the SME cloud-based accounting level, simply because the integrations are actually quite simple.”

He hopes to launch an enterprise version of the product within the next two years.

CreditCruncher is self-funded to date and this is by design, O’Connor says.

“I wouldn’t necessarily rule investment out but at the moment, my priority is very much on building more traction, getting more sales. I think the more sales we have will put us in a stronger position when looking for funding,” he says.

Development is currently outsourced but he will be hiring three to four people over the next year.

“My challenge now is to bring that development in-house to recruit a developer.”

The issue of effective credit control continues to present an opportunity so O’Connor wants to grab it while he can.