“IT WAS LIKE flicking a switch” Michael Kinsella, an estate agent at Kinsella Estates, said on Friday as first buyers, but then sellers cancelled viewings from the start of last week.

However, the Wicklow-based company has been using virtual viewings and 3D images to give clients a look, selling three properties using this method since the outbreak. Although that technology was already becoming popular with estate agents, it’s now likely to become the default option for many.

“(Potential buyers) might not necessarily buy, but they can narrow down. For an average townhouse, 3D visualisation is effective, but less so for a big investment family home,” Kinsella said.

“Every business has been affected by this worldwide. This is one way we’re going to try and keep things steaming ahead.” 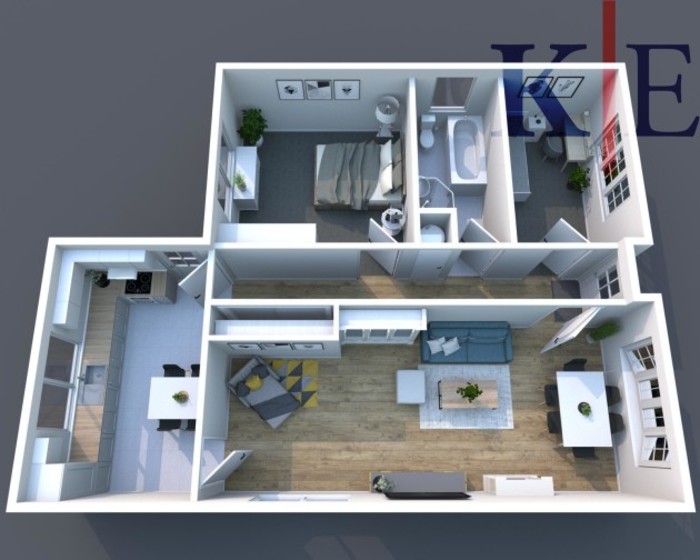 According to Carol Tallon, chief executive at property PR firm Property District, “the thing that will most likely impact the market positively or negatively is supply coming to the market.”

This means that if the construction industry slows down, there won’t be anything to sell, rent or lease for estate agents. “We’re already consistently behind targets that were set by the government under Rebuilding Ireland,” Tallon said.

This is something contractors are taking very seriously, Tallon added.

“Building sites need to be kept open. This can be done, because we’ve made such a move towards modern methods of construction, more work is being done off-site so there’s less work to be done on-site,” she said.

“On most building sites in Ireland, there wouldn’t be the same number of bodies you might have seen on a building site 30 years ago. We have tools and automation.”

A report earlier this month by Davy Stockbrokers also found that due to the outbreak hammering the markets, the value of listed Irish real estate stocks – in both private rental and commercial real estate – had fallen below replacement cost.

According to the report, this means we won’t be seeing any new supply enter the market while the market conditions persist – because it would mean developers will lose money building new stock.

“The stock market tends to lead the direct real estate market. So if current share prices persist, then a significant amount of planned supply will not materialise as it would be value destructive. Supply that is already under construction will be delivered, but we would expect new supply in commercial real estate and the PRS market to taper off unless market conditions improve,” Colin Grant, an analyst at Davy, said in a note to clients early last week.

Before the global pandemic, the volume of property transactions had already been slowing. We’re likely to see “a deepening of that,” in the coming months, according to Tallon – but the virus outbreak is only partially to blame.

“This is just the latest in a string of things that are impacting retail (property). Retail values have been dropping, retail occupancy levels have been dropping and that’s been happening for a number of years. This latest crisis will affect them further,” she said.

One of the root causes of that is a change in consumer behaviour, brought about by an increase in online shopping and tech use, which feeds into an on-demand retail culture.

“People (also) want to be able to view properties from their sofas 24/7,” Tallon said. “We were already seeing that start of a culture shift, but maybe only from younger buyers or tenants. Now it’s becoming more of the norm to avoid unnecessary viewings and interactions.”

Though this has been part of the market for three years, some agents were slow to take it on.

“Now sellers will simply demand it. Estate agents are going to have to change their in  modus operandi in order to serve potential clients and buyers.”

The timing is interesting, Tallon added, “but think if the coronavirus didn’t hit, we were moving in this direction anyway, albeit at a slower pace.”

When it comes to long-term impact on the sector, there’s a big difference between a one-month lockdown and a several-month lockdown, Tallon said.

“Private landlords, estate agents and letting agents are still quite vulnerable and very few of them will be able to withstand six months or more of an effectual business slow down,” she said.

While the market has been recovering in recent years, a raft of legislation and taxation has made it more expensive to be in the industry.