CORK COUNTY COUNCIL has failed in its attempt to get a developer to pay it almost €800,000 in fees to help fund services for the long-delayed Cork Science Park project.

Soltaz, a company used by local builder Tom McCarthy, was recently granted planning permission to demolish the former FAI grounds at Curraheen and build an office block of four to five storeys.

It would be one of the first developments in the long-delayed Cork Science Park, which was intended to link the local colleges with private science and tech businesses but has been tied up in planning red tape for almost a decade.

The masterplan for the project estimates that, in the ideal scenario where the majority of the 60-plus hectares of suitable land is developed, the park could cater for more than 11,000 students and employees if fully built.

McCarthy previously told Fora that the office block he wants to build could hold 500 workers. Backers of the project hope that the initial development could stimulate more investment at the site. 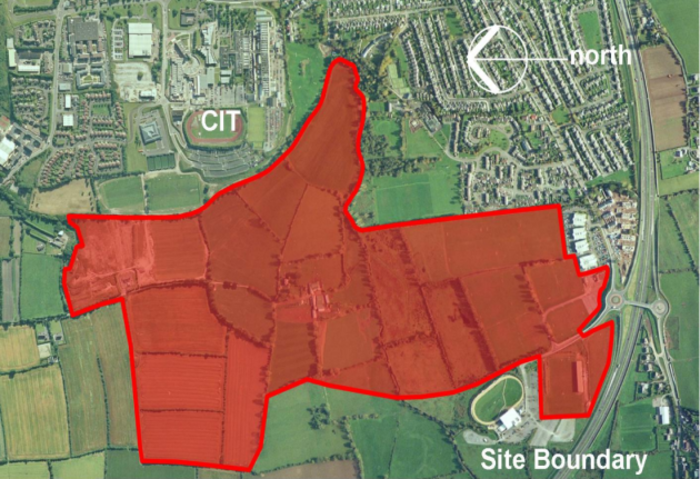 A map of the proposed science park

McCarthy first applied for permission to build the office block in 2014, however the initial approval was appealed to An Bord Pleanála and refused after the planning body found that the development was too big and didn’t fit with the overall vision of the park.

He applied for permission again last year and was given the go-ahead by Cork County Council towards the end of 2016.

However, one of the conditions attached to the permission from the local authority was that Soltaz would have to pay a “special contribution” of over €768,000. This was in addition to the normal development levies charged by the council.

The council said that the developer should pay the contribution towards several exceptional items which would benefit the park as a whole, such as upgrading roads in the area.

The developer in turn appealed the condition to An Bord Pleanála. It asked for the ‘special contribution’ to be either scrapped or reduced significantly to reflect “a proportionate contribution which will benefit (Soltaz’s) proposed development.”

The planning body largely sided with the developer, saying that it wasn’t clear that the projects that the council wanted the money for, such as upgrading roads, would only be of benefit to Soltaz. 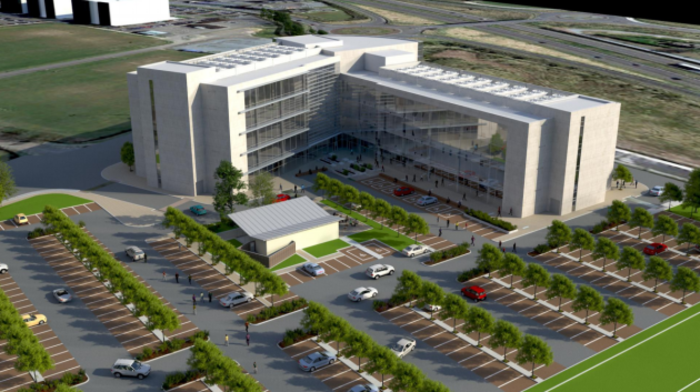 A 3D rendering of the planned building

It said that if the council was looking to fund necessary infrastructure for the science park, then a better approach may be to draw up a separate “supplementary contribution scheme”.

In its final decision, An Bord Pleanála decided to omit the part of Soltaz’s planning appeal that required it to pay the €768,000 contribution.

“It has not been adequately demonstrated that the contribution in question constitutes specific exceptional costs which benefit the proposed development and which are not covered by the planning authority’s general contribution scheme,” an inspector’s report said.

Fora contacted McCarthy and Cork County Council for comment, however they did not respond at the time of publication.

Meanwhile, University College Cork last year got planning permission for a €12 million ‘hub building’ at Curraheen that would be able to hold 200 people.

Fora asked if UCC has made any progress on the development, however we got no response at the time of publication.