IRISH MANUFACTURING FIRM Entekra has plans to create 100 new jobs in Monaghan following a €46 million round of funding.

The company designs and builds framing for residential and commercial buildings and is focused on the US market.

Entekra was founded by Gerry McCaughey in Monaghan, but the firm also has a base in California, where he now lives.

The €46 million investment has been raised from Nashville-based building materials manufacturer Louisiana-Pacific Corporation – which had net sales of $691 million for the first three months of the year.

A number of other private investors, whose names have not been disclosed, also contributed to the deal.

Speaking to RTÉ’s Morning Ireland, McCaughey said that he was expanding the Monaghan operation out of pride in his home county.

“I’ve run enough businesses around Ireland and the UK to realise that the best work ethic I’ve ever come across are the people in Monaghan,” he said.

“We built the largest off-site timber frame company in Europe out of County Monaghan.

“A lot of the skills and the background and knowledge that was there to build that company to become the largest in Europe, I believe is still there and available to us now to build the largest off-site company in the United States.”

The firm has plans to create high-skilled jobs in design, engineering, marketing, finance and customer service between now and the end of the year as a result of the investment.

“Unlike what mostly happens in Ireland when you see a lot of foreign direct investment putting their manufacturing jobs in Ireland and leaving their high-skilled jobs offshore somewhere else, we’re doing the reverse,” he said.

“We’re going to put the high-skilled jobs into Monaghan and have the manufacturing in California.” 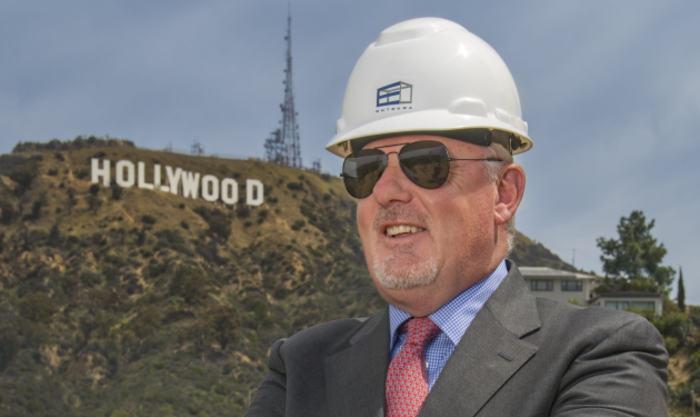 McCaughey previously founded Century Homes, another business in the timber frame manufacturing space, which was sold to building materials giant Kingspan in 2005 for €100 million.

An earlier version of this article said Entekra was a construction firm. The piece has been changed to state Entekra is a manufacturing firm.