THE HEAD OF Enet, the last bidder involved in the competition to roll out the government’s National Broadband Plan, has suddenly resigned.

Announcing his decision on Twitter last night, Conal Henry said that the “time has come” to hand over the reins to the company.

Speaking to Fora, Henry said: “I have stepped down after 12 years at the company, and that’s all I have to say.”

Henry would not say why he is leaving Enet, saying: “I don’t think that’s important, the ‘why’ isn’t relevant.”

He would not say if his decision was related to, or would have any impact on, the National Broadband Plan.

“I’m not going to comment on that. Everything I’m going to say is out there,” he said, referring to his tweet.

Henry’s decision comes as a surprise, as he had given no indication publicly he was planning to leave the company. Speaking to Fora just over a year ago, the 47-year-old said he was “committed” to Enet. 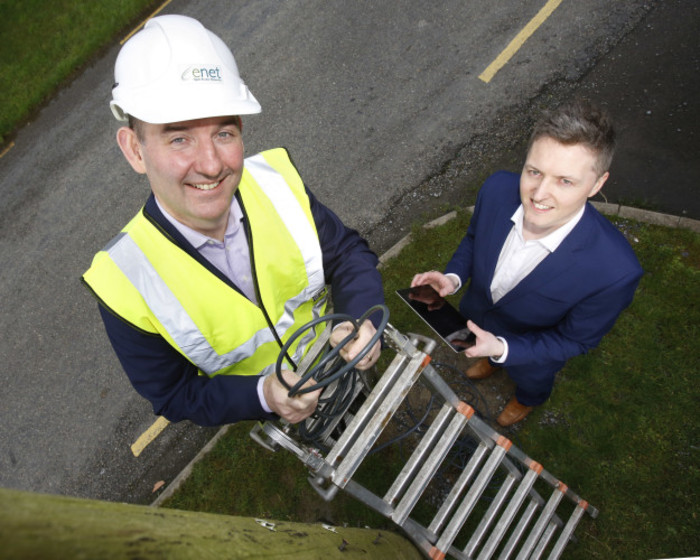 “I would like to be running a larger business, but the way I want to do that is by making Enet larger,” he said at the time.

“I can see a five-year career here at least and am happy to commit to that, anything beyond five years you can never tell.”

The scheme aims to give 750,000 homes and businesses nationwide a minimum download speed of 30Mbps.

Eir, which proceeded with its own rural broadband roll out that took 300,000 premises off the list for the state-subsided National Broadband Plan, was thought to have been a strong contender to win the contract.

However, Enet is now the sole bidder left in the race. In a statement this afternoon, the company’s chairman, David C. McCourt, said Henry’s resignation wouldn’t impact Enet’s bid for the State broadband contract.

The firm’s current sales and marketing director, Bartley McElroy, will step into the chief executive role.

Before joining Enet, Henry also worked at world’s biggest-spending advertiser, Procter & Gamble, and served as the commercial director for Ryanair.

Note: This article has been updated to include a statement from Enet.