MEDIA GROUP COMMUNICORP asked the Minister for Communications to introduce legislative changes as part of a campaign for more relaxed broadcasting regulations and media ownership rules.

Despite the lobbying, in a review of its media control policy earlier this year, the Broadcasting Authority of Ireland (BAI) maintained a 25% cap on the total number of commercial radio services that can be owned by an individual or a group.

Communicorp – which is owned by businessman Denis O’Brien and operates Today FM, Newstalk, Spin 1083 and 98FM – had previously called for the relaxation of this rule.

In its original response to the proposed retention of the 25% ownership threshold, the company recommended abolishing the restriction due to what it described as an “obvious need for consolidation” in Irish broadcasting.

“There is good reason to consider that diversity could be secured if at least three substantial players were capable of emerging in Ireland,” Communicorp told the BAI earlier this year in response to a draft version of the regulator’s updated ownership and control policy.

In the days after the BAI confirmed the retention of the 25% radio ownership cap, on 20 June, Communicorp chair Lucy Gaffney wrote to Minister for Communications Richard Bruton urging him to intervene.

In the letter, obtained by Fora through the Freedom of Information Act, Gaffney accused the broadcasting regulator of demonstrating a “lack of understanding and reluctance to change” with the evolving media and advertising landscapes, particularly given the rise of Google and Facebook online.

“Digital media remains wholly unregulated while broadcasting remains highly regulated with no impact of these market changes being brought to bear on the regulation of broadcasting,” Gaffney told Bruton.

Despite strongly criticising the watchdog, she suggested that the BAI is “severely limited” in its ability to alter broadcasting regulation because the 2009 Broadcasting Act does not make reference to digital media.

“As the minister responsible for the sector and the Broadcasting Act, we call on you and your officials to urgently review the act to implement legislative change to allow the Broadcasting Authority of Ireland introduce policies and changes which will bring the regulation of broadcasting into the digital era and subsequently lead to a viable and sustainable, indigenous independent broadcasting sector,” Gaffney wrote. 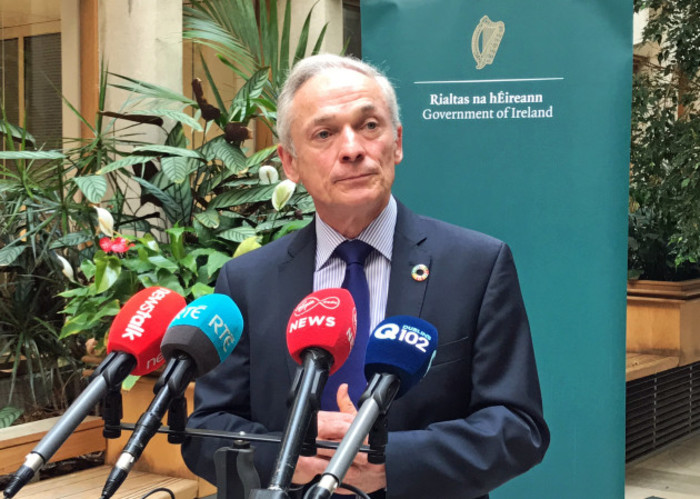 In a letter responding to Gaffney, dated 26 August, Minister Richard Bruton didn’t directly respond to the request to intervene and provided information on existing legislation that governs the licensing of the broadcasting sector as well as competition and consumer protection laws.

Bruton highlighted that the 2009 Broadcasting Act “sets out that the BAI shall be independent in the performance of its duties”.

The Communications Minister also stated that the 2014 Competition and Consumer Protection Act imposes several functions and obligations on the BAI, such as providing advice to the minister on the impact of any proposed media merger when requested and conducting research on media plurality.

In response to a request for comment, a BAI spokesperson told Fora the regulator’s recent review of the ownership and control policy “gave full consideration to the views submitted by interested parties” during a public consultation on draft revisions.

“The BAI acknowledges that a number of broadcasting groups, including Communicorp, disagreed with the decision to retain the 25% threshold, but having considered all the points put forward on this matter, the BAI determined that the maximum threshold of 25% remains appropriate to facilitate plurality in broadcast media, within the current legislative framework.”

The spokesperson said that no broadcasting group currently owns over 20% of commercial radio services, “so there remains scope for broadcasting groups to extend their current levels of ownerships under the revised policy”.