GREETING WORLD-FAMOUS rock and pop stars backstage at just 22 years of age, Dave Smyth realised he had landed what most people would consider a dream job.

After college, the Tipperary native walked straight into a role at Warner Music, where he was responsible for promoting new albums from some of the world’s most famous musicians.

“Marketing executive was my first job, but even though it had the title of executive it was a junior marketing role,” he says.

“It was only me and the marketing manager at the time. We would put together advertising campaigns and work with radio stations, music shows and retailers to promote the albums and songs.

“It was great. I was dealing with and meeting some of the biggest music stars all over the world. There was a great lifestyle and social life and I was going to gigs all the time.”

Meet and greets with the stars were a part of the job, and Smyth rubbed shoulders with some of the biggest names in entertainment.

“Michael Stipe of R.E.M. was really nice and polite, he was really down to earth for someone who was a global megastar at the time,” he says.

“I also met Alanis Morissette at the height of her career, who was really charming. The majority of the people I met were really nice and appreciate what you’re doing. There was none of this TV-out-the-bedroom-window stuff.”

But while the job was fun, there was a cloud on the horizon. Around the late 90s internet access started to become more widespread.

All of a sudden the music industry was facing an existential threat as more and more people started downloading its products for free online.

Smyth saw album sales falling and traditional retailers, like HMV and Virgin Megastore, struggling. He decided it was time to move on.

“Most people who work in the music business do so because they love music. I remember someone saying to me that there are people out there who would give their right arm to do the job I did, and they probably would have.

“But I saw what was happening with the start of digital music, and potentially where the business was going to go. I loved music, but not to the detriment of my career. I wanted career longevity, something sustainable.” 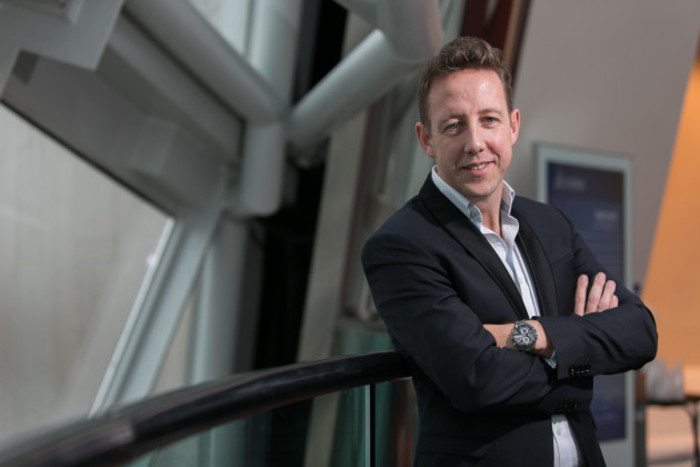 Smyth bounced around in a few different positions before ending up at ad and marketing agency Ogilvy, where he would end up leading a major division in the business.

“(Eventually) I got to a point where I wanted a new challenge, I wanted to be outside my comfort zone a bit and get into a more entrepreneurial environment,” he says.

A fast-growing events company, Green Light Events, was looking for a new boss and Smyth decided to jump on board.

Set up by Róisín Callaghan and Jane Gallagher in 2006, Green Light organises and develops events ranging from 10-person dinners to conferences involving hundreds – or even thousands – of people.

The Dublin firm traditionally worked closely with tech companies. As Dublin’s ‘Silicon Docks’ swelled with the expansion of multinationals like Facebook and Twitter, Green Light grew with it.

Handing over the reins

Callaghan and Gallagher spent years building the business, which grew steadily following the recession. However, they felt something needed to be done to bring it to the next level.

They brought in a new chair, Travelwin co-founder Killian Whelan, who recommended that the pair step aside and let an outsider run the business.

“They felt they were too close to the business and may need to bring in someone who had a fresh set of eyes and could see potential they couldn’t,” says Smyth.

“I started in September 2016. At the time they had started a process where they were redesigning their logo. I saw a much bigger opportunity.”

Instead of just getting new logo, the firm received a complete rebrand within weeks of Smyth’s arrival and quickly expanded. The newly renamed Cogs & Marvel employed just under 30 people in 2016 and now has more than 60 people on its books. 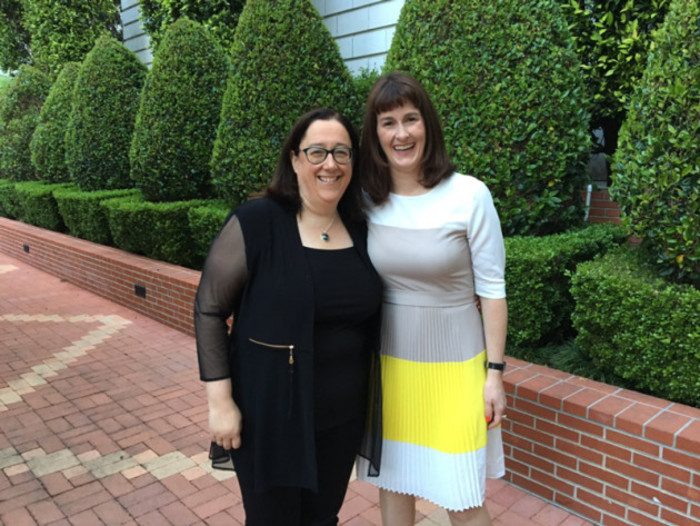 While the bulk of those are employed at its Dublin base, the firm recently opened an office in San Francisco which now has more than a dozen workers.

Gallagher has become the company’s chief operating officer, while Callaghan runs its new US arm. Both are reporting to Smyth, who admits the shake-up took some getting used to.

“I was conscious that the two girls set up the business 10 years ago and were handing over the reins to me. You’re taking over someone’s baby, it’s emotional,” he says.

“I have to give them credit that they embraced the changes quickly and supported me 100%, and I had confidence in my own ability.”

The firm recorded sales of more than €17 million during its 2016 financial year, which ended just before Smyth’s arrival, and saw its profits almost triple from €618,000 to €1.7 million.

The vast majority of its sales comes from organising events for clients. Many of its customers are still tech firms, although the business is also targeting more pharma events.

“Last year we did 177 events in total. Most of our business is outside Ireland, with the majority in Europe.”

Smyth emphasises that most of the company’s work is organising ‘custom’ events. Rather than offering set packages, for example charging a fixed amount to put on an event with 100 people, Cogs & Marvel tends to customise each event it arranges.

“We always ask what a client is trying to achieve with their event. From there we develop a creative concept and then once that’s approved for the client we cost all of that up.

“We’re fairly unique in that we offer logistics and creativity at scale. Even in London, there are lots of agencies that are good at the creative but not as good at logistics. That’s our difference, we can deliver both.”

Smyth is vague on how much the firm charges but says that the events could cost “everything from a few grand to a few million” to host.

Of that, Cogs & Marvel is paid a set fee and sometimes also a commission, depending on the nature of the gathering.

The company also owns several of its own events such as the Social Media Summit, which it hosted last year. While this is a fairly small arm of the company’s business now, Smyth says it is growing. 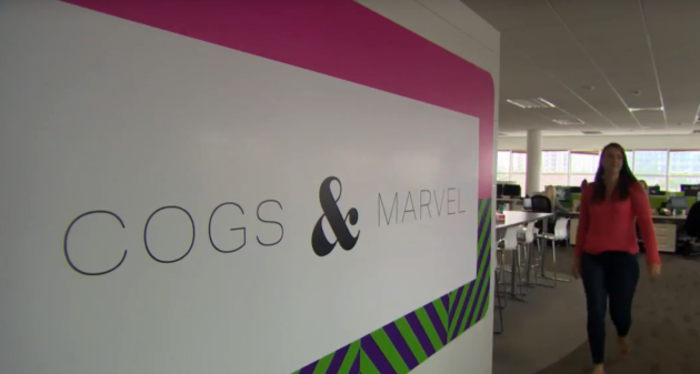 The firm is focused on developing this side of its business, as well as opening a new outpost in the Asia-Pacific region.

“In the next 12-18 months we want to open an office in the APAC region, somewhere like Singapore,” Smyth says.

“In terms of staff numbers, I would love to see ourselves three times the size in five years time. When you look at the progress of our San Francisco office there’s no reason why it can’t be bigger than Dublin.”

Smyth says he’s enjoying building up Cogs & Marvel and plans to stick with the group.

“The entrepreneurial world suits my personality and my experience,” he says.

“I’ve really enjoyed my first 18 months here and I’m in an environment where I’m surrounded by people who have been entrepreneurs and it’s very exciting. I don’t see myself going anywhere in the near future.”