TRAINING ASYLUM SEEKERS and refugees in coding and software development could help bridge skills gaps in Ireland’s burgeoning tech sector, according to the backers of a new training programme.

The Code Institute, a Dublin-based digital skills training centre, recently teamed up with Cork’s Zartis, a software development recruitment agency, to build an online coding course for refugees and asylum seekers to “help them find a role in Ireland”.

There are a number of global efforts to help refugees and displaced people to attain digital skills, with big tech firms like Microsoft and Cisco launching their own programmes to help new migrants learn IT skills.

According to Code chief executive Jim Cassidy, there hasn’t been any major efforts like this in Ireland – but Code Institute and Zartis are making a start with a view to potentially scaling up their programme in the future. 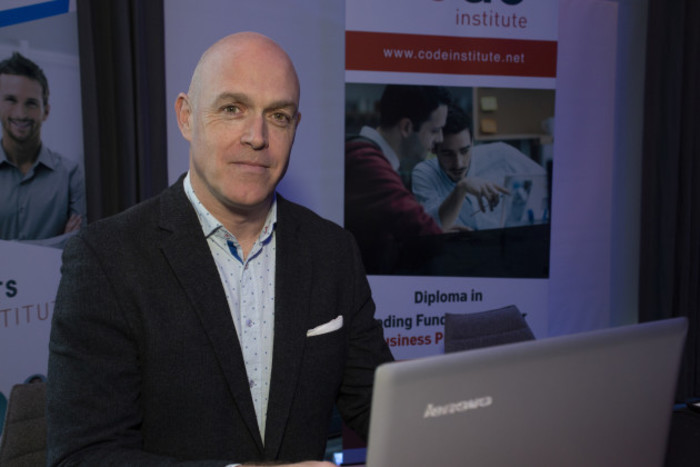 Ireland’s tech sector will need more than 70,000 new professionals over the next five years, according to figures from government-funded agency Skillnet Ireland.

Zartis notes that many of the companies it works with are continuing to scoop up the available talent. That’s not slowing down, creating bottlenecks in certain verticals.

The programme, Level Up, which is free to apply for, will initially train 10 asylum seekers and refugees in software development.

The diploma is accredited by Napier University in Edinburgh with students learning skills like HTML5, CSS3, Javascript and Python, while the programme will help students to source laptops and find places to access the internet.

Zartis also recently launched a digital marketing training course for refugees. Both parties are testing the project to see if it would work on a bigger scale.

With Code building the course, Zartis will be responsible for finding and screening candidates and connecting them with employers once they’ve successfully completed the diploma.

“We had to see first of all, can we source the right candidates for the course? Because we don’t know how good their quality of English is, how motivated they’re going to be,” Dennehy explained.

The programme will train 10 people to start. So far, it has received around 80 applications and five of the positions have been filled.

“A lot of the people who applied had been on a trajectory towards becoming engineers in their home countries and that education was interrupted by war,” Dennehy said.

“Those are the kind of people who under normal circumstances would have become engineers, software developers.”

The online course model presents some challenges though, with many programmes beset by low competition rates.

Code’s Cassidy said that his organisation designs its course to ensure that students are guided through the process on each step, such as through Skype tutorials.

“It’s not like other online learning where you buy a course and you’re left to your own devices. We interact with our students right through the journey,” he said.

Along with the diploma, the students put together a portfolio of work to show prospective employers.

Code expects students will complete the course in three to four months but that timeframe is flexible based on students’ commitments.

People with refugee status in Ireland have the right work, but asylum seekers have been excluded from taking up employment until recently.

Temporary measures allowing work were introduced in February, however these blocked asylum seekers from taking up jobs that paid less than €30,000 a year while also preventing work in more than 60 industries.

The restrictions were relaxed last month, when the government announced that any asylum seeker who has been in Ireland for a minimum of nine months will be able to seek work in any sector.

The change will allow up to 3,000 asylum seekers to enter the workforce. That legislative change is “very positive”, Dennehy said, and will pull a lot of people out of limbo. 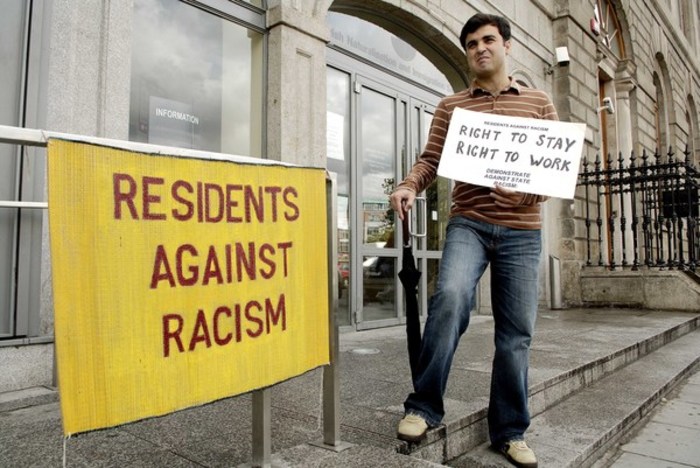 “Now asylum seekers will be able to work as per a normal employee in any category of work on any salary,” he said.

There are some restrictions – asylum seekers are not eligible for civil service jobs – and issues still remain for some people, such as whether or not an asylum seeker can get a driver’s licence.

Code and Zartis said they don’t feel any red tape will inhibit their students from finding work.

“The purpose of this is to create that proof that this is something that can be done, should be done and that there’s a mechanism in place and we can show that it can be done,” Cassidy said.

“It does have the potential to scale not just in Ireland but globally.”