A LITTLE OVER 12 months after launching year-round flights from Dublin to Larnaca, Cyprus-based low-cost carrier Cobalt Airlines has gone bust.

Through a statement on its website, the budget carrier – which launched in 2016 and employs 200 people – announced the “indefinite suspension” of all operations, grounding its fleet of six aircraft.

The Cypriot press reported that the airline had failed to secure a deal with a potential new investor.

“As a result, future flights or services provided by Cobalt will be cancelled and will no longer operate,” the airline said.

Passengers due to fly with the airline were told not to go to Larnaca Airport or any departure airport “as no Cobalt flights will operate and no Cobalt staff will be present”. Customers were advised to seek refunds from their credit card provider or travel agent.

“We sincerely apologise once again and would like to thank our very loyal customers for their support over the last two years of Cobalt operations.” 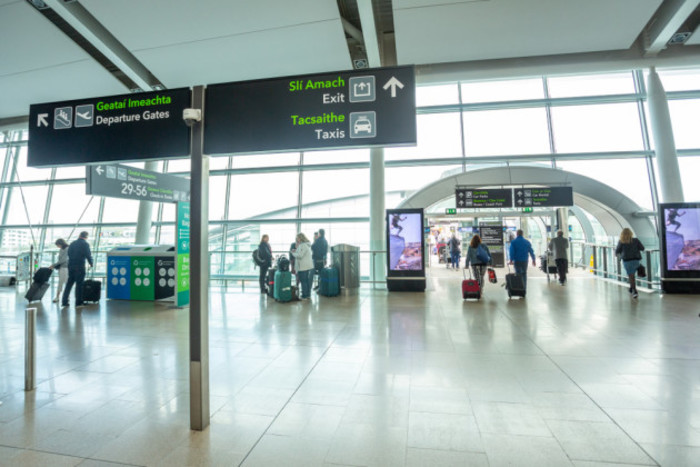 Cobalt Airlines first launched flights from Dublin in 2016, initially starting out with a summer-only service.

At the time, then-chief executive Andrew Pyne said the route re-established a direct air link between Ireland and Cyprus, which had historically been a popular destination for Irish tourists but had dwindled in the years before.

This time last year, the carrier was declared ‘airline startup of the year’ by Australia-based aviation research outfit Centre for Aviation, or CAPA.

At the time, CAPA executive chairman Peter Harbison said the carrier’s ability to ” build up an operation in a market already packed with low-cost carriers and leisure specialists” was no easy feat.

According to passenger rights advocacy group Skycop, the bankruptcy of an airline is one of the scenarios under which passengers are not entitled to compensation through EU regulations.

Cobalt customers are advised to file claims for services not rendered from their credit card provider and check whether bankruptcies are covered by their traveller insurance policy.

There may also be a settlement service provided through IATA, the International Air Transport Association, to reimburse travel agents.

Yesterday, Cypriot transport minister Vassiliki Anastassiadou said Cyprus would cover the cost for passengers to return home up until October 24.

“The cost of the tickets will be covered by the state for repatriation purposes only,” the minister told reporters.

“We feel the need to help passengers trapped either in Cyprus or abroad who want to return to their place of residence.”

Skycop said the closure of Cobalt Airlines was “a lot gentler” than the recent collapse of Danish carrier Primera Air.

“The Scandinavian airline announced cessation of operations on 2 October. Some planes were still in the air, and both crew and passengers were left stranded at their destinations,” it said.