In 2014 – the year the attraction first broke the million-visitor mark – an off-peak, pre-booked service was introduced to encourage large groups to arrive outside the peak visiting hours between 11am and 4pm.

However, tour operators responsible for designing group itineraries were slow to avail of the offer. Only last year did off-peak tours truly come into effect.

Cliffs of Moher director Katherine Webster attributed the record numbers last year to the uptake in off-peak visits and extended opening hours during the summer.

She said dealing with rising numbers is “not without its challenges” and acknowledged that the facility has “faced capacity issues during peak times throughout the season”.

“The majority of people look to visit between 11.00am and 4.00pm, and consequently, our facilities have at times struggled to cope with the numbers during the peak season,” she said. 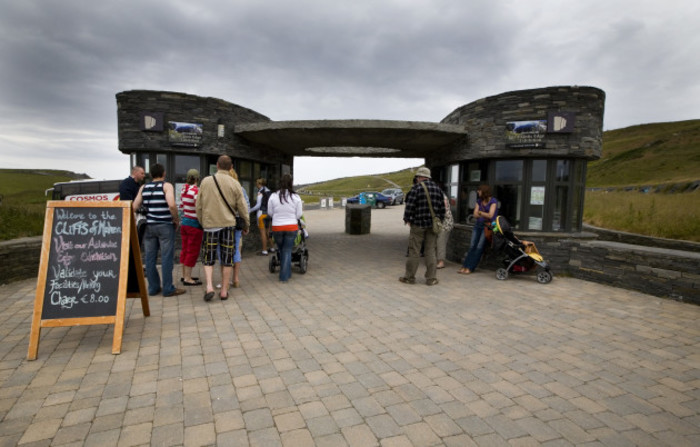 Referring to the slow uptake in off-peak group visits, Webster said: “It takes time for tour operators to be able to change their itineraries.”

The attraction also enticed solo travellers to come at quieter times by encouraging them to watch the sun set at the cliffs.

Webster said this “favours those visitors who stay locally. We will continue with these initiatives and others into 2017.”

As a result of the off-peak initiative, visitors for December were up more than 50% on 2015′s figure. However this number may be skewed by low, and therefore highly volatile, visitor numbers during the winter.

The US market represented a quarter of all visits to the attraction. Interestingly, the German market overtook domestic Irish visitors as the second-biggest market.

Three other Irish attractions saw more than one million visitors last year: The Guinness Storehouse, the busiest attraction in the country, Dublin Zoo and the National Aquatic Centre.