IRELAND’S ONLY MOBILE cinema is set to make a return to the roads after being acquired by one of the country’s leading film production companies.

Cinemobile, which started touring in 2001, was one of the most ambitious projects the National Millennium Committee brought in to celebrate the year 2000.

However the distinctive blue-and-green, articulated truck that converted into a 100-seater cinema in less than an hour, was closed last year as it struggled with a lack of funding.

Now, it is set to make a comeback. Element Pictures has announced that it has acquired the Cinemobile.

“Currently undergoing refurbishment, this much-loved and unique venue will launch in summer 2017,” the company said in a statement.

“(It will bring) a selection of engaging films, schools programming and an exciting and innovative corporate hire experience to audiences all over Ireland.”

Bookings for the Cinemobile will be available from August. Element did not say how much it paid to acquire the truck. 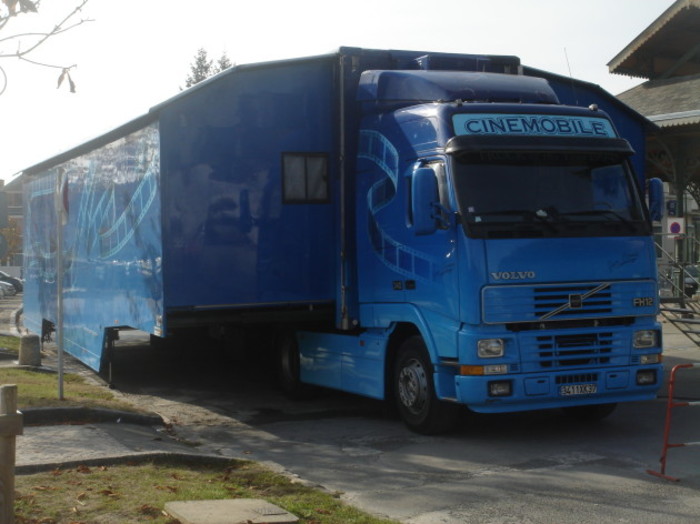 The move will come as a relief to fans of the Cinemobile, which looked all but finished last year.

The brainchild of filmmaker and co-founder of the Galway Film Fleadh, Lelia Doolan, the Cinemobile received support from a variety of backers including the Irish Film Board, Northern Ireland Screen, the Arts Council and RTÉ.

At the time, the board of Cinemobile said that despite the best efforts of the directors and staff, it had been “impossible to make up the deficit caused in recent years by the gradual erosion of Cinemobile’s core public funding”.

Cinemobile will now be owned by Dublin-based Element Pictures, a private company that is one of Ireland’s most successful film producers.

The firm co-produced the critically acclaimed Room, for which Brie Larson bagged the Academy Award for best actress in 2015.

Element also co-produced science fiction film The Lobster, which starred Colin Farrell, and The Guard, which became one of the highest grossing independent Irish films of all time with a total box office of €4 million.