THE HEAD OF the advertising agency that created the famous Guinness Christmas ad believes that consumers’ love of big-budget, John Lewis-style tearjerkers is more deep-rooted than you might think.

Neal Davies, who has headed up BBDO Dublin since August, says festive promotions tap into “a kind of primal programming that goes way back before advertising”, which he says has contributed to their popularity and longevity.

“I’m a massive history buff,” Davies tells Fora. “I was looking at the English republic of the 1600s. The Puritans, who essentially ran Britain for a couple of decades, banned Christmas because they were against idolatry in religious observance.

“They felt there was too much emphasis on games and feasting and high spirits and frivolity and alcohol during that period of time. They banned Christmas for being too commercial and too celebratory.”

But Britain’s 17th-century reformers had no chance of keeping the festivities at bay, Davies says.

“They weren’t fighting against idolatry, they were fighting against something that is deep-seated in our very being. Christmas as a Christian festival really just plugged into pre-existing Northern-hemisphere, ancient festivals,” he says.

“These ancient traditions of feasting were an important, celebratory way of beating the ravages of mid-winter. This is something that we as a species have been doing forever.” 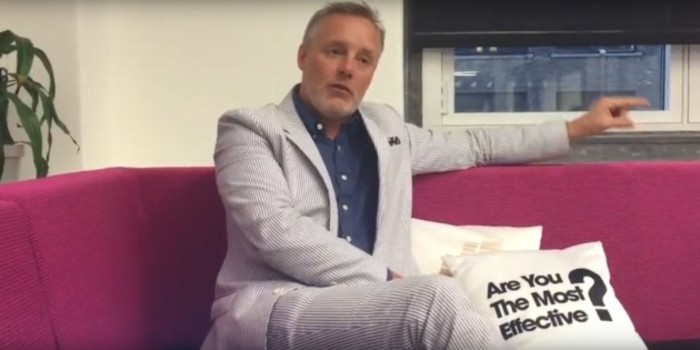 Every year, brands spend billions trying to push those ingrained emotional buttons in an effort to entice consumers to part with their cash while they’re on a feel-good, holiday high.

According to the British Advertising Association, advertisers in the UK – where most Christmas ads shown on Irish television come from – spent close to £6 billion on this year’s bonanza.

The basic ingredients for seasonal ads are largely the same: happy family values, festive food, poignant music, cosy fireplaces. So why is it that some campaigns have more of a legacy than others?

BBDO’s Guinness campaign first aired in 2003 and has earned a place in Irish popular culture alongside decades-old promotions like Kellogg’s Cornflakes ad.

Davies didn’t work for the agency at the time it was made, but has a theory for why the campaign has lasted for so long.


“There are some of those cues and tropes that we expect; the abundance of snow, the poignantly reflective music,” he says.

“But there’s an interesting thing at Christmas that you see in a lot of things, which is the balance between the individual and the group. There’s something lonely about the man walking by himself at the beginning that draws you in.

“And then suddenly you’re into this celebration of all of Ireland and you’re seeing those familiar, Christmassy, wintry tropes filtered through the four provinces of Ireland.”

A shot of Belfast City Hall – which features a superimposed tree from Phoenix Park – celebrates Ulster, while the snowball fight on Patrick’s Hill in Cork represents Munster and the Galway Hooker showcases Connacht.

“There’s a lot going on that I think people find familiar because it’s about the island of Ireland,” Davies says. “Those celebratory cues are filtered again through a beautiful homeliness about Ireland, which clearly continues to resonate.”

Another famous BBDO creation is the radio monologue it made for Barry’s Tea. The spot – which is unusually long at 90 seconds – has been running since 1994.

“The great thing about radio as a medium is the theatre of the mind,” Davies says. “If you’re in the car and you’re listening to a book or a play on the BBC, there’s a level of detail that comes to mind, which is all your own doing.

“The beauty of the Barry’s Tea ad is that it’s so engaging and so resonant and it hits so many of those festive cues that we know and celebrate in an opulent way, but it does it with very simple, singular storytelling,” Davies says.

When asked for his thoughts on the work of English department store John Lewis, which is often cited as the pioneer of soppy Christmas ads, Davies says there’s one key element that links together the “canon of work”.

“This year’s monster under the bed (piece) I think was less engaging for me visually, but I think what links them all together is the soundtracks,” he says.

This year, the marketing bigwigs at John Lewis commissioned rock band Elbow to record a version of the Beatles’ track Golden Slumbers.

In previous years, it has plugged versions of the Smiths’ Please, Please, Please Let Me Get What I Want and Half the World Away by Oasis.

“If Christmas advertising is about the familiar and the ability to bring out the familiar but interpret it in a different way, I think John Lewis has done a spectacular job musically,” Davies says.