THE GOVERNMENT’S CHILDCARE overhaul will help “increase women’s participation in employment”, according to the of the National Women’s Council of Ireland (NWCI).

Orla O’Connor, director of the NWCI, welcomed the government’s decision to introduce a ‘single affordable childcare scheme’ from September 2017 in order to provide a universal subsidy to families with children under the age of three.

“The proposed package is a breakthrough for the provision of childcare in this country,” she said. “This applies to women across all income groups as they are the most likely to drop out of employment when they have children.”

Better childcare is seen as an essential component in getting more parents back into the workforce.

Minister for Public Expenditure Paschal Donohoe said that the government’s childcare funding pot will swell by 35% to €465 million.

There will also be means-tested subsidies for a broader age range, covering children from six months up to 15 years of age. 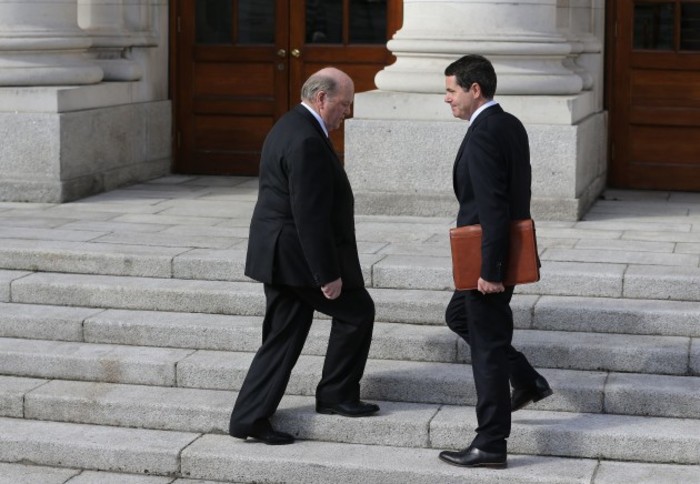 However, the measures were not welcomed all round. The recently formed Stay-at-Home Parents Association Ireland said the childcare payment is “anything but universal”.

It said the policy discriminates against those who care for their children at home and claimed it will take “choice of the hands of many parents”.

Spokesperson Catherine Walsh said: ”This policy has been clearly focused on incentivising two parents to work outside of the home in a full time capacity thus making the stay at home parent an endangered species.”

The home care tax credit will also be increased by €100, which Walsh said “does not even come close to matching the tax credits which dual income families are entitled to”.

Meanwhile, trade union Unite said that while many working families will welcome the increase in childcare support, “there is a danger that, without additional childcare places, this will merely drive up the price of childcare”.

“For example, many working families will welcome the increased childcare support, but there is a danger that, without additional childcare places, this will merely drive up the price of childcare”, Unite regional secretary Jimmy Kelly said.