THE CENTRAL BANK has said that Irish law should be strengthened to make “egregious recklessness” at financial firms a criminal offence.

The financial watchdog included the proposal in a response to a 2016 Law Reform Commission paper on white-collar crime.

The regulator referred to a comment made by ex-Central Bank governor Patrick Honohan.

Honohan said UK law “could be usefully mirrored in Ireland” as a means of tackling “egregious recklessness in risk-taking” at financial firms.

“There are undoubtedly cases where misconduct by individuals is so egregious as to merit criminal sanction,” the Central Bank said in the written submission.

“The Irish legislative framework deserves to be strengthened to take account of such egregious recklessness in risk-taking by those who were in charge of failed financial firms.”

It has also suggested that there should be greater transparency in the governance of financial firms. 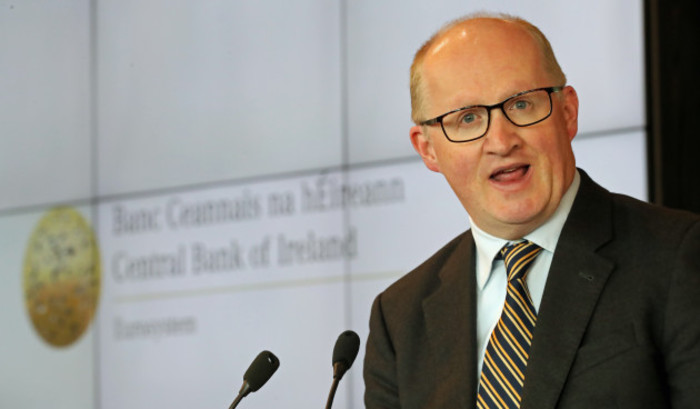 The organisation said measures should be introduced that would make it a requirement for senior managers at financial firms to submit “a statement of responsibilities that clearly states the matters for which they are responsible and accountable”.

“Firms could be obliged to provide maps setting out the responsibilities of their senior managers, and their management and governance arrangements,” the Central Bank said.

The regulator suggested that such a requirement would ”decrease the ability of individuals to claim that the responsibility for wrongdoing lay outside their sphere of responsibility”.

The Central Bank also recommended that the period of time for which individuals under investigation can be suspended from senior positions should be extended beyond the current six-month window.

It described a suggestion in the Law Reform Commission paper to set up a special body similar to the UK’s Competition Appeals Tribunal (CAT) as “interesting” and “one that the Central Bank would support”.

Appeals to decisions made by the Central Bank of Ireland are currently heard by the Irish Financial Services Appeals Tribunal (IFSAT).

Firms can further appeal IFSAT decisions to the High Court and the Court of Appeal.

The Central Bank said the current set-up has “worked effectively to-date” but can sometimes be “unduly burdensome for both an appellant and the relevant regulatory agency” and recommended a more streamlined appeals process.

It said setting up a similar body to the CAT would reduce “the possible layers of appeal” and long delays.