THE HEAD OF the Central Bank has warned Finance Minister Michael Noonan that the recent spike in Ireland’s corporate tax receipts could be a temporary phenomenon.

The piece of advice was contained in a letter sent to Noonan by Central Bank governor Philip Lane in advance of the upcoming Budget.

In the letter, published by the Central Bank earlier today, Lane says it is important to differentiate between “temporary and permanent influences on the trajectories for revenue and expenditure”.

“While the volatility of the Irish economy does not make it easy to calculate the underlying sustainable path for tax revenues, it would be prudent to assume that some fraction of the recent surge in corporation tax revenues might be temporary in nature,” he said.

It was the main driver of Ireland’s better-than-expected overall exchequer returns last year, when total revenues were almost €46 billion, about €3 billion ahead of expectations.

As previously highlighted by Fora, the vast majority of the corporate tax the Irish state took in last year was sourced from multinational companies.

A Revenue analysis of company tax receipts from the last two years showed that in 2015 about 80% came courtesy of non-Irish businesses, leaving the remaining one-fifth to be paid by indigenous firms. 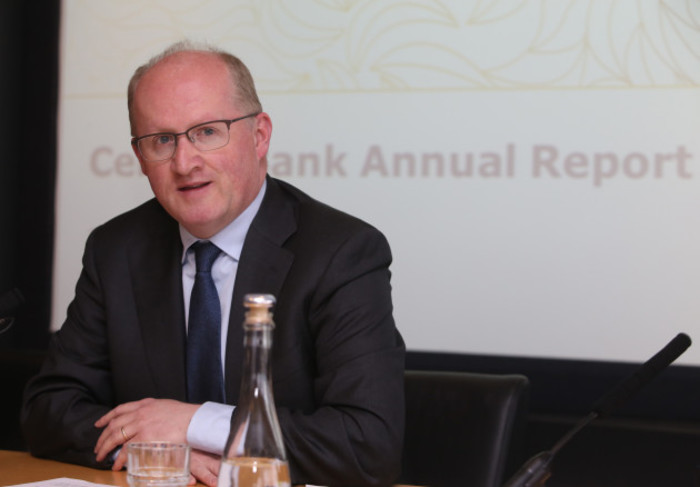 More than two-thirds of the take was made by companies that paid €5 million or more, while receipts from the ten highest-paying companies contributed €1.7 billion.

The increase was put down to both an increase in the number of businesses paying tax in the Republic and those already operating here handing over more.

Although several parties besides Lane have raised concerns that this spike is not sustainable, corporation tax has continued to perform well during 2016.

Exchequer returns for the period to the end of August show that so far Ireland has collected €3.5 billion in corporate tax, some €508 million more than had been anticipated and a slight increase on the €3.3 billion taken in during the same period in 2015.

He warned that low interest rates will eventually “re-normalise”. Borrowing costs are generally quite low for European countries at the moment, as the EU has rolled out its aggressive quantitative easing programme.

Lane added that Ireland’s widely mocked GDP growth rate, reported to be a staggering 26% during 2015, provided evidence that Ireland needs to develop its own methods of measuring economic performance.

“The well-known interpretation issues with measured GDP for Ireland makes it obvious that standard fiscal indicators (expressed as ratios to GDP) need to supplemented with locally developed targets that are robust to statistical issues,” he said.