ASIAN AIRLINE CATHAY Pacific has announced that is will operate a direct Dublin-Hong Kong service from June of next year.

Cathay Pacific will launch the flights on 2 June 2018 using an Airbus A350-900 aircraft. The route will operate on Mondays, Wednesdays, Thursdays and Saturdays. The outbound flying time is about 13 hours.

Commenting on today’s announcement Dublin Airport, managing director Vincent Harrison said the Irish hub is “competing for routes like this with other major European airports, so winning this new business is hugely positive news”. 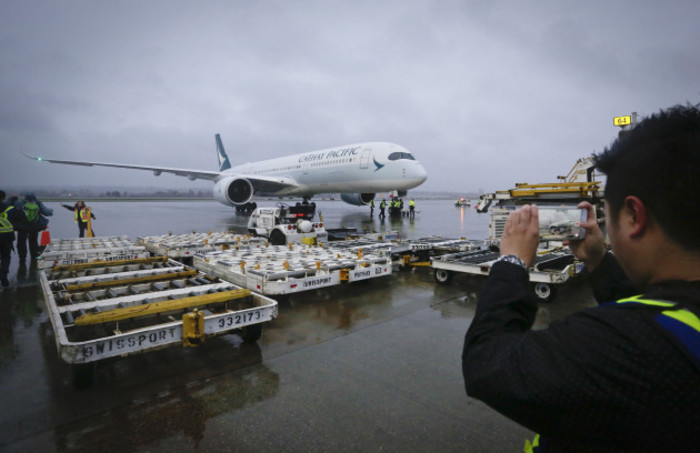 He described the new direct flights as “historic” and said Cathay Pacific will offer a wide range of onward connections via its Hong Kong hub.

Harrison said winning the new route was a “collaborative effort” over a number of years involving a wide range of state bodies like IDA Ireland and Tourism Ireland.

About 40,000 people travel each year between Dublin and Hong Kong. This will likely increase with the opening of the direct route.

The Dublin flight will arrive in Hong Kong early in the morning local time, so passengers will be able to take connecting flights to mainland China, Japan, Korea and Australia.

Cathay Pacific operates flights to 197 destinations in 48 countries using a fleet of 144 aircraft. It has orders for a further 53 aircraft for delivery until 2024.

Its short-haul subsidiary – Cathay Dragon – flies to 56 destinations in mainland China and other parts of Asia.

Almost 17 million passengers travelled through Dublin Airport in the first seven months of 2017, a 6% increase on the same period last year. It has direct flights to more than 185 destinations operated by 47 airlines.