THE GREY AREA surrounding where a tip goes when a customer pays with a card needs to be rectified by the government, according to Visa.

In its 2020 pre-budget submission, the financial services company asked the government to end the “disadvantage imposed on card through differential treatment” when it comes to tipping.

The company said given the culture of tipping in Ireland and the reliance on it by many hospitality workers, a “fair and inclusive system” is needed to protect employees and make the system “more transparent for government”.

Tipping in Ireland made headlines earlier this year when The Ivy restaurant came under scrutiny over how tips are handled. A number of protests have been held outside the venue over the issue.

Visa outlined in its submission that card tips are treated differently to those handed over in cash when it comes to taxation.

“Tax liability falls on employers when tips are paid by card, while cash tips leave tax payment to be determined by the individual recipient,” Visa said.

The company also stated there is no clarity on how much of the tip paid through card must be disbursed to staff by the employer and this leaves “many employees aggrieved”.

It said more clarity with the system would “lead to an acceleration in digital payments usage in the sector”, as well as benefit the employees and increase efficiency for restaurants. 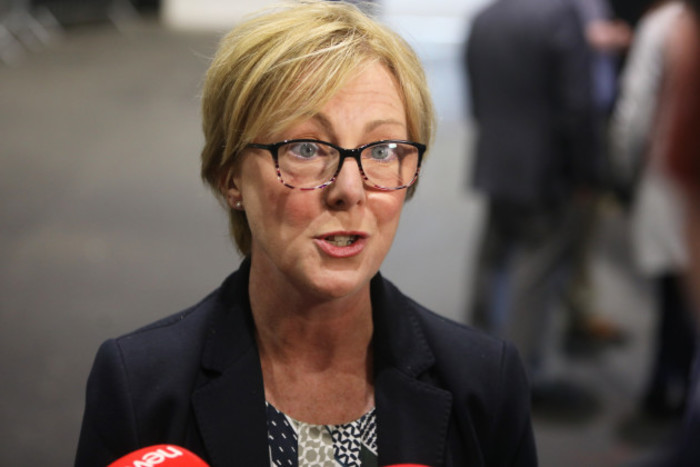 What is the government doing?

At the moment there is a bill to prevent employers deducting or withholding tips from employees before the Oireachtas, which was passed by the Seanad during the summer, despite government opposition. It was first put forward in 2017.

In response to a query from Fora the Department of Employment Affairs and Social Protection said the government opposed the bill in the Seanad because it was “fundamentally flawed”.

The department said that a report by the Low Pay Commission of 2018 “advised strongly against introducing heavy regulation on primary legislation in this area” because of “negative consequences” it would have for workers.

These include the reclassification of service charges which would lead to a reduction in take-home pay, revenue implications and issues surrounding the social welfare means-testing of pooled tips.

The department said the government had not previously opposed the bill, but after the report it became clear the bill had “taken the wrong direction” and a “different approach was needed”.

It said Minister for Employment Affairs Regina Doherty has since developed a proposal for amendment to the payment of wages law.

The proposal includes a provision that tips cannot make up the payment of contractual rates of pay, and it has a requirement that employers clearly display their policy on how tips, gratuities and service charges are distributed.