WHEN CHATTING TO Ireland’s business people about what they want from Tuesday’s budget, regardless of industry or sector, it doesn’t take long to get onto the topic of Brexit.

Paschal Donohoe will be keenly aware of this when he stands up to deliver Budget 2020, with much of the Finance Minister’s fiscal planning taking place under a cloud of uncertainty as Britain moves headlong towards crashing out of Europe.

For David Fitzsimons, head of retail representative group Retail Excellence, he wants to see Brexit “sorted as soon as possible” so that customers can get back to spending. He isn’t alone.

Despite encouraging economic growth, the government is likely to be cautious about over extending itself and Donohoe is set to frame Tuesday’s Budget on the presumption of a no-deal Brexit.

While tourism is one of our largest indigenous industries and retail will be significantly affected once the UK leaves the EU, these sectors – alongside the motor industry, small to medium enterprises (SMEs), exporters and pretty much everyone else – will have to get on with it regardless of what happens in Westminster.

On Tuesday, businesses will be sitting tight when Donohoe announces his fiscal plan and hoping for some concrete action.

With over 100,000 families in Ireland depending on the income from private companies across all sectors that export to the UK, consumer sentiment has dropped, Fitzsimons told Fora.

“It’s having a very negative impact on sentiment, (when it comes to) customers buying big ticket items, (they are) postponing their new kitchen or their new floor or whatever,” he explained.

It’s not only retailers that are worried about consumer sentiment, publicans are too.
President of Vintners Federation of Ireland, Padraig Cribben also wants to see people back spending money.

“We want to see (the government) begin to restore consumer confidence. But there’s another “b” word rather than budget that might have a bigger implication for that,” he told Fora.

Nevertheless, he wants this year’s budget to support the hospitality sector with the reduction of excise duty on alcohol.

The Drinks Industry Group of Ireland has called for it to be lowered by 15% over the next two budgets in its pre-budget submission also.

Irish exporters are looking for short-term financial assistance that is ready from the get-go, once the UK leaves Europe.

Pascal Koenig, the communications and public affairs manager at the Irish Exporters Association, said with the long term loans currently available there is uncertainty around how exporters will pay them back after Brexit.

“Loans are loans, they have to be paid back,” he said. “(What) if you get into a situation where you might have difficulties – because of the Brexit situation – with managing your loan?”

He said the group is asking for a mid-term budget to take place at the beginning of 2020 to see where the government needs to put extra help in place.

The body is calling for other measures, such as rapid responses and capacity at the ports from day one which is “critical”. 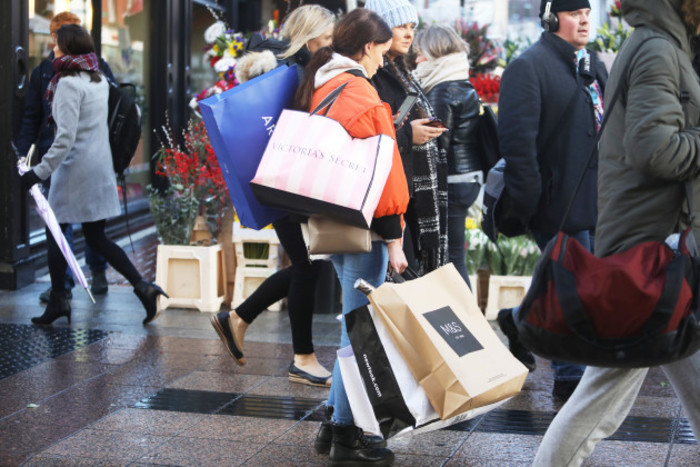 Unsurprisingly, a strong line in the hospitality sector is the VAT rate which was raised from 9% to 13.5% in the last budget and brought in on 1 January.

This year has been a challenging one for the Irish tourism industry, according to Eoghan O’Mara Walsh, chief executive of the Irish Tourism Industry Confederation (ITIC).

“July and August were very weak compared to last year. Overall, we could actually see the first year of a tourism economy decline in eight years. It’s a tough year so as a result budget 2020 is more critical than ever,” he said.

The main reasons for this are Brexit, the VAT hike and “damaged competitiveness”, he added.

In its pre-budget submission, the group advocated for reviewing the VAT rate, more investment in the sector and “sorting out” the rising cost of doing business in the sector.

“The easiest way to stimulate demand is overseas marketing campaigns and we think that a lot more money needs to be committed to that by the exchequer,” he said.

“We’ve had good constructive conversations with politicians and the department. They certainly make the right sounds about understanding the importance of tourism, particularly to regional Ireland. Words only go so far, at this stage we need to see concrete action.”

The Restaurants Association of Ireland (RAI) is also taking a strong line on the VAT rate and hoping for it to be restored to 9% in Budget 2020.

“The restaurants that are closing down at the moment in Ireland and that will close down over the next number of months are closing down because of an increase in VAT rate,” Adrian Cummins, the RAI chief executive, said.

The association also wants investment in apprenticeships – meaning the state pays for apprentices going to college rather than the employer, a 15% reduction in excise duty and more work permits to be issued in all areas of hospitality.

“We feel that there’s a massive shortage of skilled labour in our industry,” Cummins said.

“You live in hope that you will get the changes, but it’s very obvious that the government is turning its back on small businesses,” he said.

The VAT rate is at the tip of president of Irish Hotels Federation Michael Lennon’s tongue as well.

“At this point in time there’s 27 countries in the EU that are better value than us in that area,” he explained.

He told Fora that “Brexit is here already” and hotels along the border region have seen a drop of 300,000 people travelling from Northern Ireland, with the body telling businesses to diversify into the US market, that already has its problems. 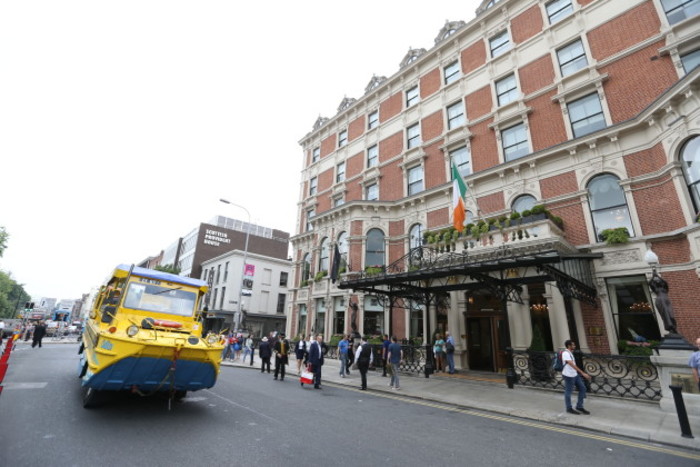 For small and medium sized businesses, the main issues they want to see addressed on Tuesday’s budget are tax and funding.

Like hospitality, the sector is also feeling the pinch of the increased VAT rate this year, according to ISME (Irish Small and Medium Enterprises Association) chief executive Neil McDonnell.

ISME’s submission is little changed from last year. The body is asking for a reduction in the marginal rate of VAT from 23% to 21%, a reform of commercial property rates, local property tax (LPT) and inheritance tax and incentives for professional education and training.

A new group representing startups, Scale Ireland, set out some measures to overhaul the Irish startup landscape in its pre-budget submission, including a revamp of the KEEP (Key Employee Engagement Programme) share options scheme, the Employee Investment Incentive Scheme (EIIS), a simplification of the research and development tax credit and to improve capital gains tax.

“There’s definitely a recognition that when the (KEEP) scheme was introduced a number of years ago that it’s not working as it was intended. We’re really hoping for some changes next Tuesday. We want to improve the incentives and the workability of the scheme,” Conor Gouldsbury, of Scale Ireland, said.

“In our budget submission, we feel that a lot of these changes can be made without material impact in terms of tax expenditure. A lot of the time they’re structural changes.”

The proposed changes could be highly beneficial to startups, he said.

The group is also asking for “equal treatment of the self-employed and PAYE workers”, he said.

While recognising the constraints on government, Gouldsbury said the group believes it’s an important opportunity for the state to signal “how it is really going to support the development of indigenous enterprise” and to tweak schemes which already exist.

Scale Ireland is “reasonably confident” of changes on KEEP, “hopeful” of changes for the EIIS and the R&D tax credit and “it remains to be seen what capacity there is for the government to do something on CGT”, he said.

With the €2.1 billion of the €2.8 billion budget already accounted for – according to Donohoe – Dublin Chamber has asked for the remaining money to prepare for the upcoming challenges by “strengthening the economy”.

The business lobby wants the government to support enterprise, invest in infrastructure and housing, and ease the access to labour for firms that want to scale.

It has asked for the government to work towards a 20% capital gains tax rate for unlisted firms. At the moment, this rate is the third highest in Europe at a flat rate of 33%.

Head of public affairs Fergus Sharpe said the organisation has also suggested more “targeted measures” that can be taken next year like increasing tax relief for entrepreneurs with the lifetime cap on qualifying gains raised to €15 million. At the moment this is limited to €1 million.

He said the group is “hopeful there will be changes”, with the government already reviewing the entrepreneurial relief scheme but says “given the year that’s in it,” these changes may be modest. 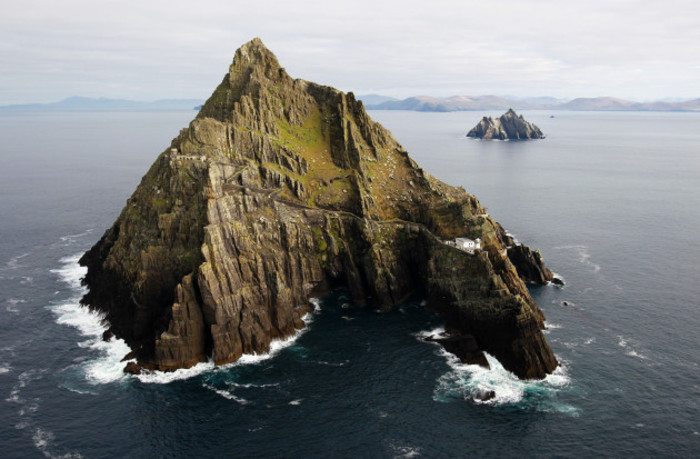 A bit of showbiz

In terms of the creative industries, Screen Producers Ireland’s biggest asks are around the funding of public service media such as RTÉ and TG4.

Anthony Muldoon, the group’s policy and communications manager, said it supports the government’s decision to invest a further €30 million and €6 million into each broadcasting service respectively, but asks for the household broadcast charge to come in now instead of waiting five years.

“Otherwise you are leaving RTÉ for five more years of limbo,” he added.

Currently RTÉ invests €40 million a year in the independent production sector and the group has asked for this to increase to €80 million.

There is a review of the Broadcasting Act underway and the group also recommended the sector receive 14% of the TV licence fee rather than 7%.

“We would be hugely confident that the BAI recommendations would be met and we hope at the very minimum, the government gives TG4 and RTE the same amount as they gave last year to enable those broadcasters to keep commissioning original Irish content,” Muldoon said.

The National Childcare Scheme is a top priority this year for the National Women’s Council.

“This will be the first budget to really finance the  scheme. Ireland has some of the highest childcare costs in Europe,” Jennifer McCarthy Flynn, head of policy for the council, said.

“The government’s own research shows it’s the biggest barrier to women participating in the labor market, education and training, returning to any forms of work.”

In its submission, the group also called for an annual equality statement “so that we can clearly see where the budget and it’s expenditure is leading to the best outcomes for the most vulnerable and disadvantaged in Ireland”, McCarthy Flynn added.

The council is also calling for a statutory maintenance agency to be set up to reduce the burden on lone parents to litigate for child maintenance, as well as a free contraception scheme and more state investment in public housing. 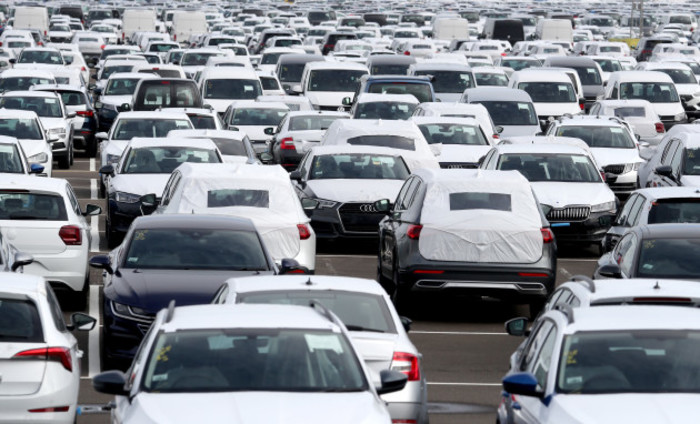 Last year, the motoring industry saw an increase in vehicle registration tax. The Society of the Irish Motor Industry (SIMI) has asked for no further increases for 2020, considering new car sales have continued to fall since 2016.

“We’re not looking for a handout we’re actually looking to steady as it goes so that both businesses and consumers can have a bit of certainty for the next year,” SIMI director Brian Cooke Said.

The group would also like to see the SEAI grant of €5,000 extended into next year, and the benefit-in-kind on electric vehicles to be pushed out as well.

Cooke added the motor industry is bracing itself for “a difficult year” ahead.

With Brexit looming on the horizon, it might not be alone.